‘I remember you, the heroine of Edsa’–Obama | Inquirer Lifestyle ❮ ❯ 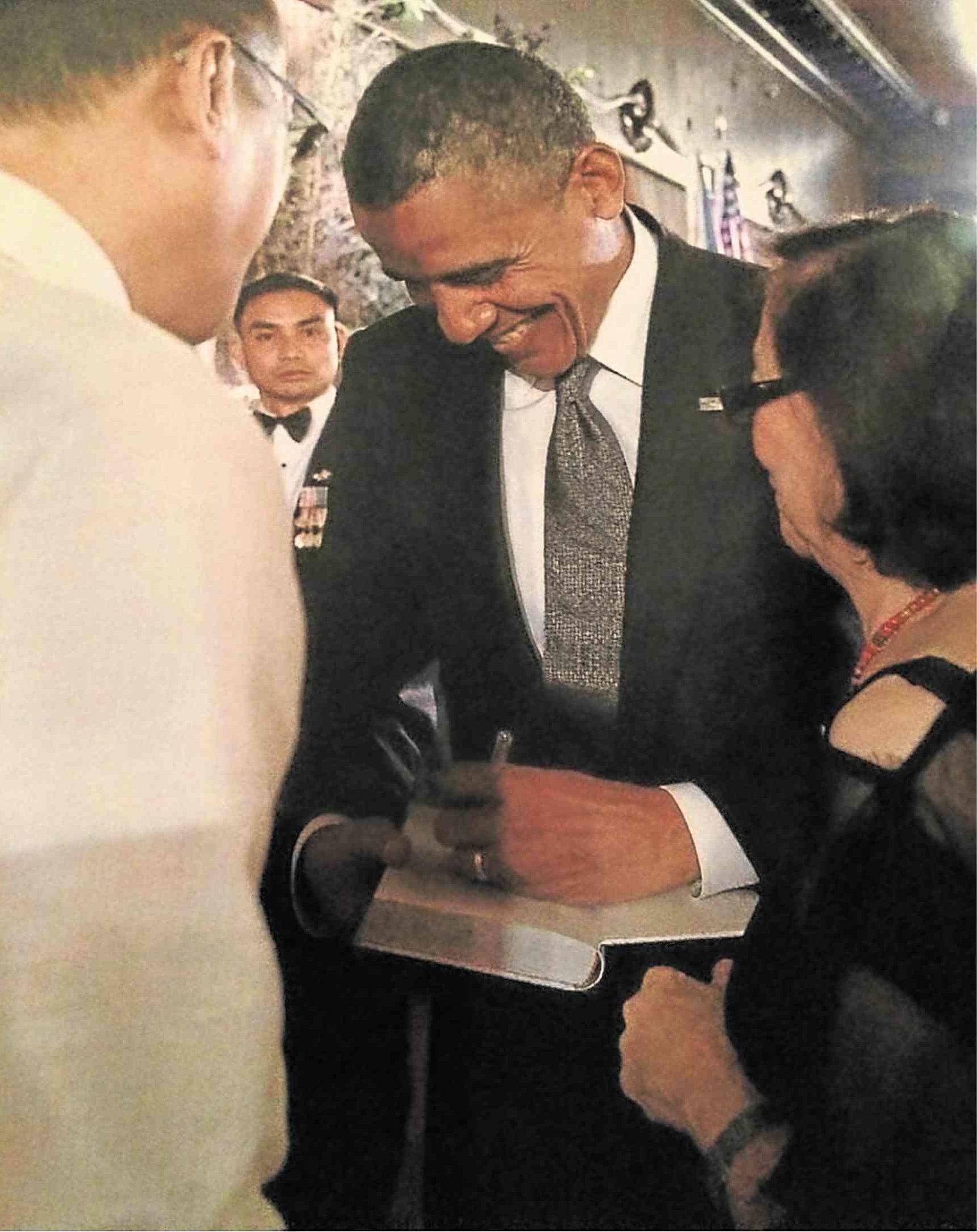 ‘I remember you, the heroine of Edsa’–Obama

In 2014, the state dinner in honor of US President Barack Obama at Malacañan Palace had just ended, when a voice announced that all guests must stay seated as Mr. Obama and his party prepared to leave the Ceremonial Hall. Everybody did, except this woman in black beside me, who stood and nonchalantly walked to Mr. Obama and President Benigno Aquino III, a book in her hand.

Before I could fully realize what she was out to do, Inquirer editor in chief Letty Jimenez Magsanoc was already sandwiched between the two leaders. And—before the security could stop her, Mr. Aquino had put his arm around her and introduced her to Mr. Obama—“She’s one of the heroines of the Edsa revolution,” Mr. Obama said.

Magsanoc got her wish—Mr. Obama signed her copy of his book, “The Audacity of Hope.”

In 2015, I enjoyed a similar fate: of being around to photograph the moment our editor chief—again—decided to breach security, again involving the world’s most powerful man.

The world leaders had gathered at MOA-Arena, the welcome dinner of Apec. Hardly had the dinner started when Magsanoc asked me to bring her to the table of Mr. Obama and Mr. Aquino, because she wanted to see up close how the two were interacting.

To cut the story short, with a huge lump in my throat, we found ourselves between Mr. Obama and Mr. Aquino, and all eyes were on us. Not missing a beat, Mr. Aquino, surprised as he was, introduced again Magsanoc to the visiting head of state. “I remember you—the heroine of Edsa.”

And again, Mr. Obama promised to sign Magsanoc’s copies of his book—this time, more books, which she could send to his hotel.

This was all in a day’s work. There was only so much my beating heart could take. 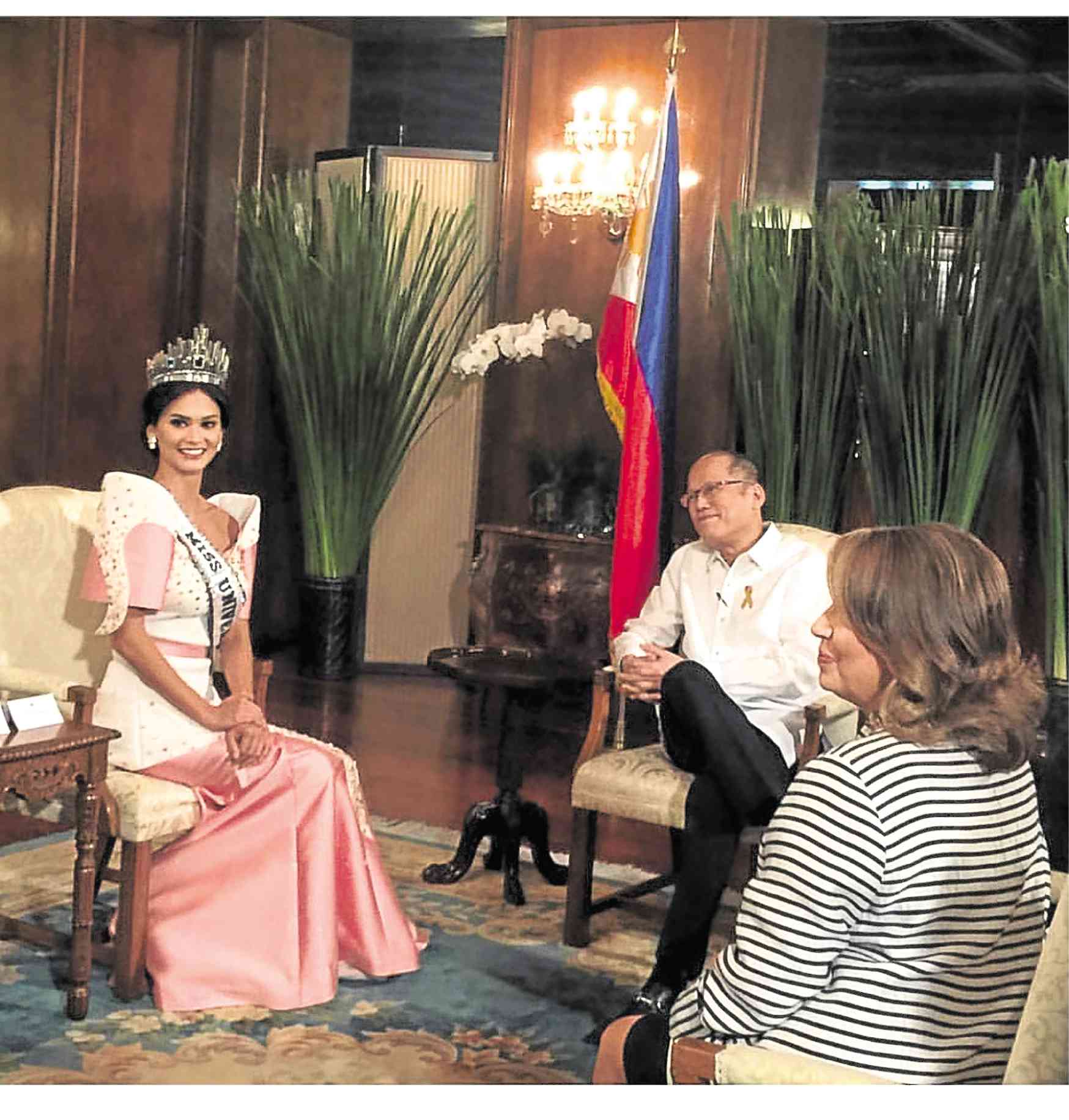 It was a very nervous Miss Universe Pia Wurtzbach who paid a courtesy call on President Aquino in 2015, after she won the crown. And I was there in the room at Malacañan  Palace. 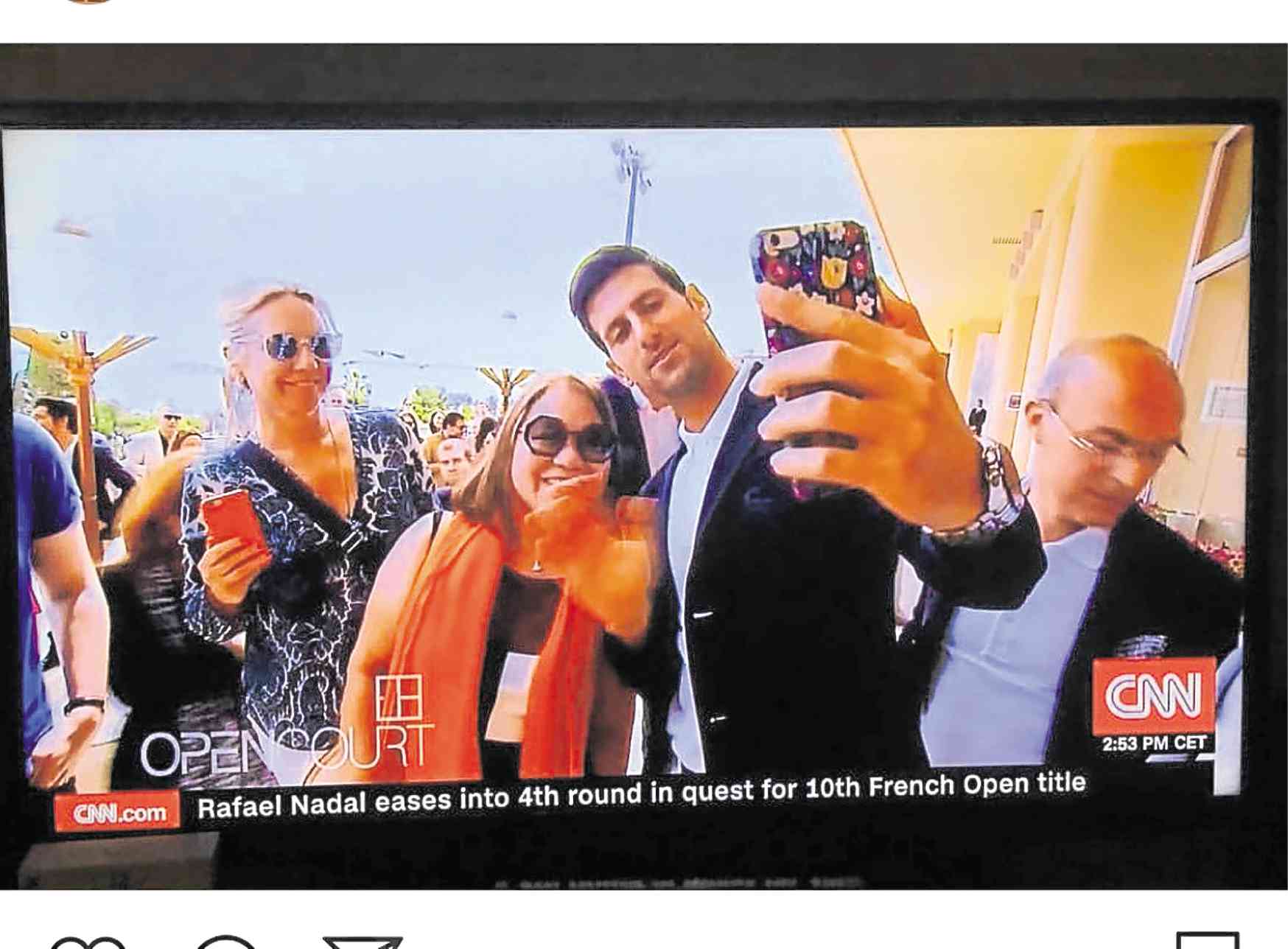 In Montecarlo, Monaco, when Novak Djokovic was introduced as the brand ambassador of Lacoste, I didn’t plan for him to take our selfie. But he did. It was his idea. Not only did he small talk—about how he was about to join Nadal in Manila for the annual international tennis tournament here, how he had never visited the Philippines.

Then he took my phone and pressed the video so he could greet the Filipinos. “How do you say ‘I love you’ in Filipino?” he asked, addressing it to his fans in the Philippines.

This video was captured by CNN, and Djokovic, after a slump, is back to being number one in the world. 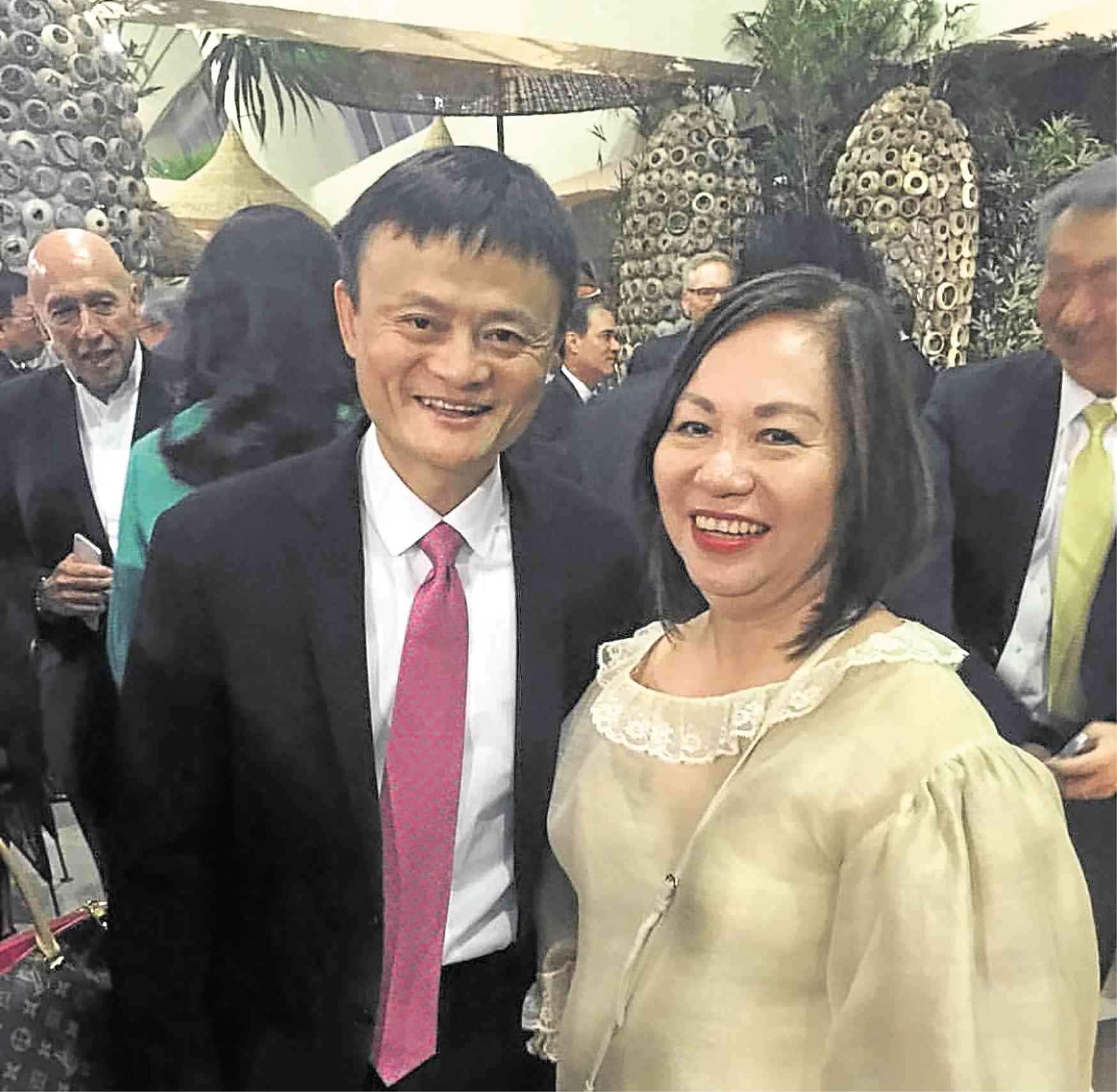 It was in 2015, in Apec at the Mall of Asia  Arena. Everybody was jostling around this Asian guy. I didn’t know what the commotion was about, but I nonetheless started taking the photos for the business bigwigs swarming around him. I was just doing them a favor. Then Lance Gokongwei got my phone and told me graciously, “I’ll take your photo with him. Stand there.”

I did, and that was how I found myself beside Jack Ma, the founder of Alibaba and one of China’s richest men and visionaries.