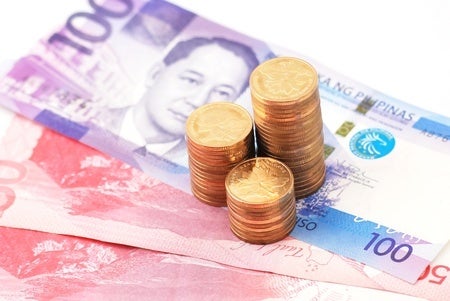 My husband and I got married immediately after college. I forced him into it.

We argued because he said a wife and a possible kid along the way would have been encumbrances to saving money.

Coming from a poor family, he wanted to earn and save. He was obsessive about owning a house because he lived in a rental in a depressed area until college.

As a student he walked long distances instead of riding the jeep so he could save and buy food instead.

We hardly went out for a good time. He bought secondhand shoes and clothes, brought our own food to work and didn’t even subscribe to cable TV. We didn’t give gifts on birthdays and Christmas, as he said they were only done by rich people.

By accident, we did have the dreaded child. I didn’t realize how angry he’d be. I had a very difficult pregnancy and had to take an early maternity leave, then had an unexpected caesarian section.

Fate was cruel and tested us. Our baby developed so many complications that needed full-time care from me, and I had to resign from work because the baby and I started having ailments that made a revolving door of hospitals.

My husband became strange and cold. He not once lifted his finger to help with the baby, and while I was getting sick myself, I just saw less and less of him.

He suggested that I go home to my parents in the province while he lived with a friend who had an extra room in his house. He said we need to give up our apartment to save money. I had no say on the matter.

After a year of physical separation, he made it official and left me for good. My parents supported me all this time.

I know my only mistake was not taking more precautions in getting pregnant. I knew he hated any unnecessary expense, like having an unplanned baby, more so one with medical complications. It meant hardship and a deterrent to making money in earnest.

For my husband, what I did was a crime. Or is it because I, too, was never in his plan?

The song “Love Will Keep Us Together” clearly wasn’t written for you. And you certainly started your marriage on the wrong foot. Did he ever court you or even fall in love with you?

Your husband had a one-track mind, focused only in making money, but you waved it away and married him anyway. Romance to him was a luxury only the rich could afford.

Your plans were all over the map and not in tune with his. Didn’t you read the handwriting on the wall on how he lived?

Accept that your stars were not aligned for a happy relationship. You forced something that wouldn’t work. If your husband refuses to come back and reclaim this family, move on and don’t look back.  There’s nothing there anyway.

Yes, you have a child. But you are a college graduate! You can find work on your own without having a pity-party. This will make your kid appreciate you as his inspiration his whole life.

Leave this guy who made a doormat of you. He is a nonfeeling human being not worthy of any discussion.