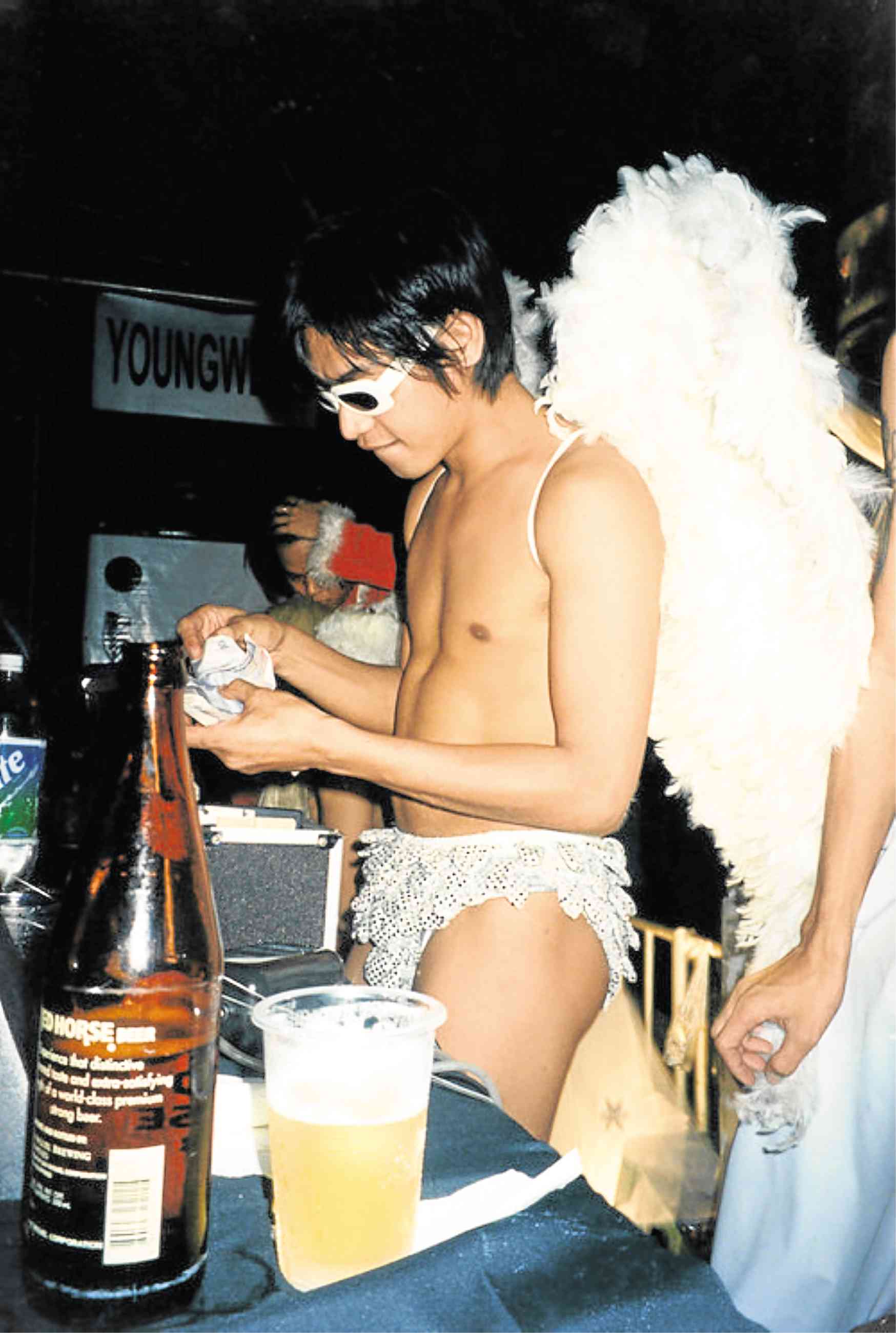 Angel wings was a thing during the rave era. – Eddie Boy Escudero

I’ve always thought of “lifestyle” as the same as “culture,” but with better shoes and a more interesting haircut.

Thirty-three years of covering subcultural bubblings from the fringe hasn’t changed this view much.

Over the years, I have seen how what was once “alternative” is cannibalized and absorbed by the mainstream.

In 1985, when PDI was just aborning, punks were considered weird, even satanic. Now you can get your hair spiked and dyed in any neighborhood salon, and suburban moms are sporting sleeve tattoos.

The Baguio Arts Festival just after the Edsa 1 revolt was a collision of avant-garde art, rock & roll, a kind of animistic nature worship—all culminating in performance artist Rene Aquitania rolling himself down Session Road.

Pinoy rock & roll (as distinct from “Pinoy rock” which was strictly a ’70s phenomenon) burst out of the underground where it had been languishing since the mid-1980s with the advent of the Eraserheads in 1994.

In a few short years, what had been “alternative” became mainstream as the E-heads and their cohorts seized the cultural moment. Club Dredd and a few other dingy nightspots provided the epicenter for this youthquake.

And then it was on to the next thing. Pre-millennial tension found expression in rave culture. The Consortium party at the National Library, with DJs spinning techno and house as angels frolicked in the clouds, out of their heads on E and god knows what else—that was the moment.

Now, of course, EDM parties are just another Saturday night out for the kiddies. The tokhang is just a bonus.

An unexpected consequence of the psychedelic revival was a renewed interest in yoga, which offered the promise of consciousness-expansion while still toning your butt and strengthening your core.

Malate café society provided the setting for this moveable cultural feast, until City Hall saw its tourism potential. Within a couple of years, bohemian Malate was dead. Now it’s all Korean KTVs and casinos.

Pre-internet, all of these cultural movements spread by word of mouth, through flyers, the odd radio program or xeroxed ’zine, and the occasional newspaper or magazine article. With the advent of social media and the Web permeating every aspect of our lives, lifestyle trends have become more fluid.

The above-mentioned cultural cycles that evolved over 33 years now exist out of time, in cyberspace. Now there is no more “mainstream”: Young Filipinos inhabit and move freely between distinct modes of identity and expression. Trying lifestyles until they find one that fits.