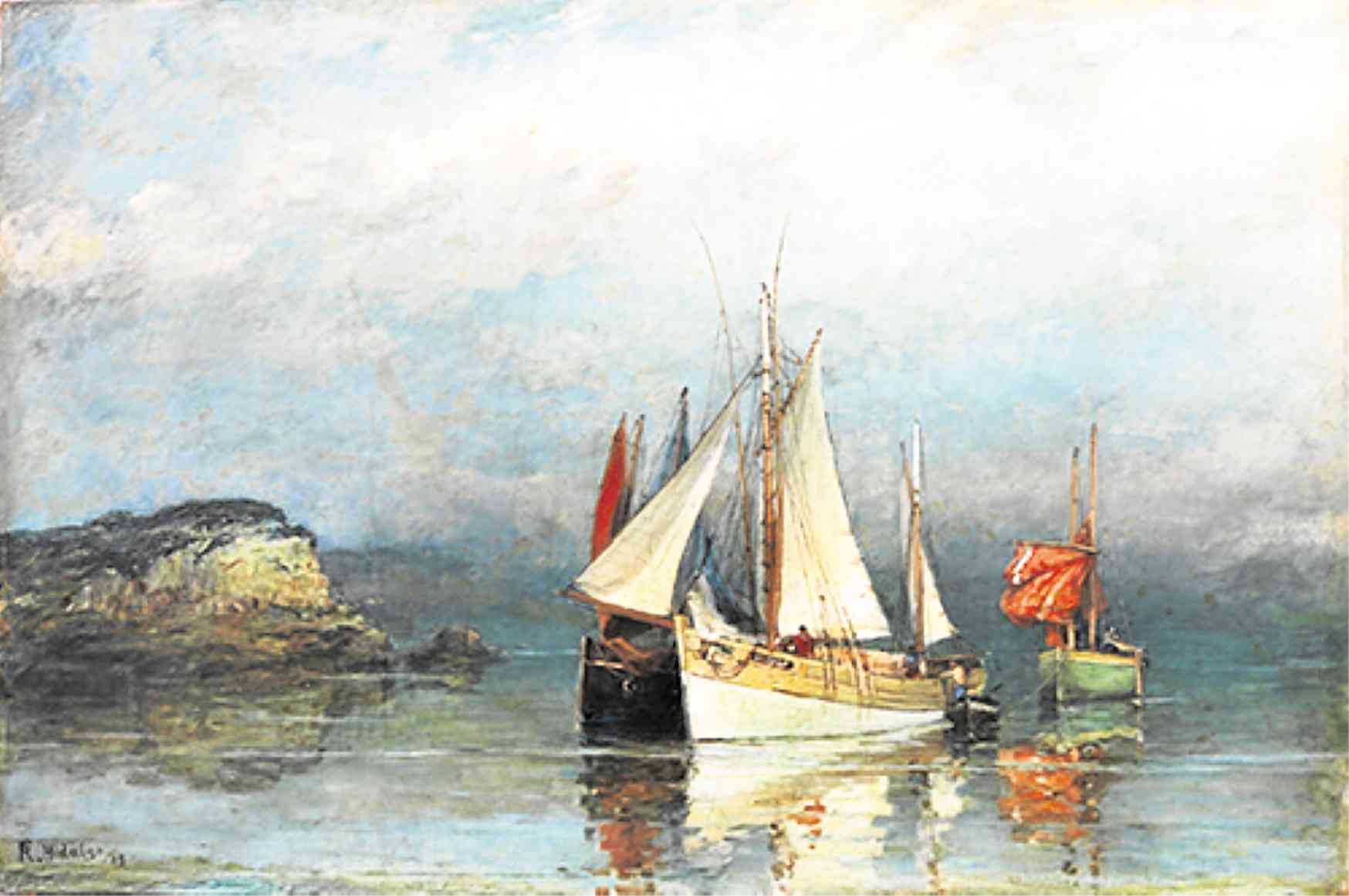 Amid the strong buzz surrounding the telegram that supposedly sent General Antonio Luna to his death, it was Felix Resurrection Hidalgo’s 1909 oil-on-canvas painting depicting a group of sailboats in the Étretat commune in Normandy that fetched the highest price during León Gallery’s yearend Kingly Treasures Auction.

The bids came from a select few in the room and while some were able to snag a piece or two at the minimum starting bid price, as several lots went to internet and telephone bidders.

When the time came for the first important historical document, Lot #117, the anonymous letter of a Katipunero to D. Ysidro S. Jose relating the “secret” causes of the feud between Gen. Emilio Aguinaldo and Andres Bonifacio, the room became all the more lively.

Next was Lot #118, which consisted of a declaration by General Artemio Ricarte, a hand-drawn map of North Cavite, and a “Paunang Salita (Foreword), all signed by the general using his alias “Vibora (Viper).” From a starting bid of P50,000, the lot sold for half-a-million pesos.

Lot 122, Aguinaldo’s telegram summoning Luna to Cabanatuan where the latter was killed by Aguinaldo’s own Kawit platoon, went for P3.7 million.

Interestingly, the documents went to an anonymous bidder who had a proxy present in the room, a true lover of Philippine historical pieces it seems.

Another item of interest was a dagger consisting of a steel blade with scabbard with the initials “T.B.” for “Tinio” Brigade,” heroes of the Philippine-American War led by General Manuel Tinio, which sold for P1 million from a starting bid of P50,000. –CONTRIBUTED