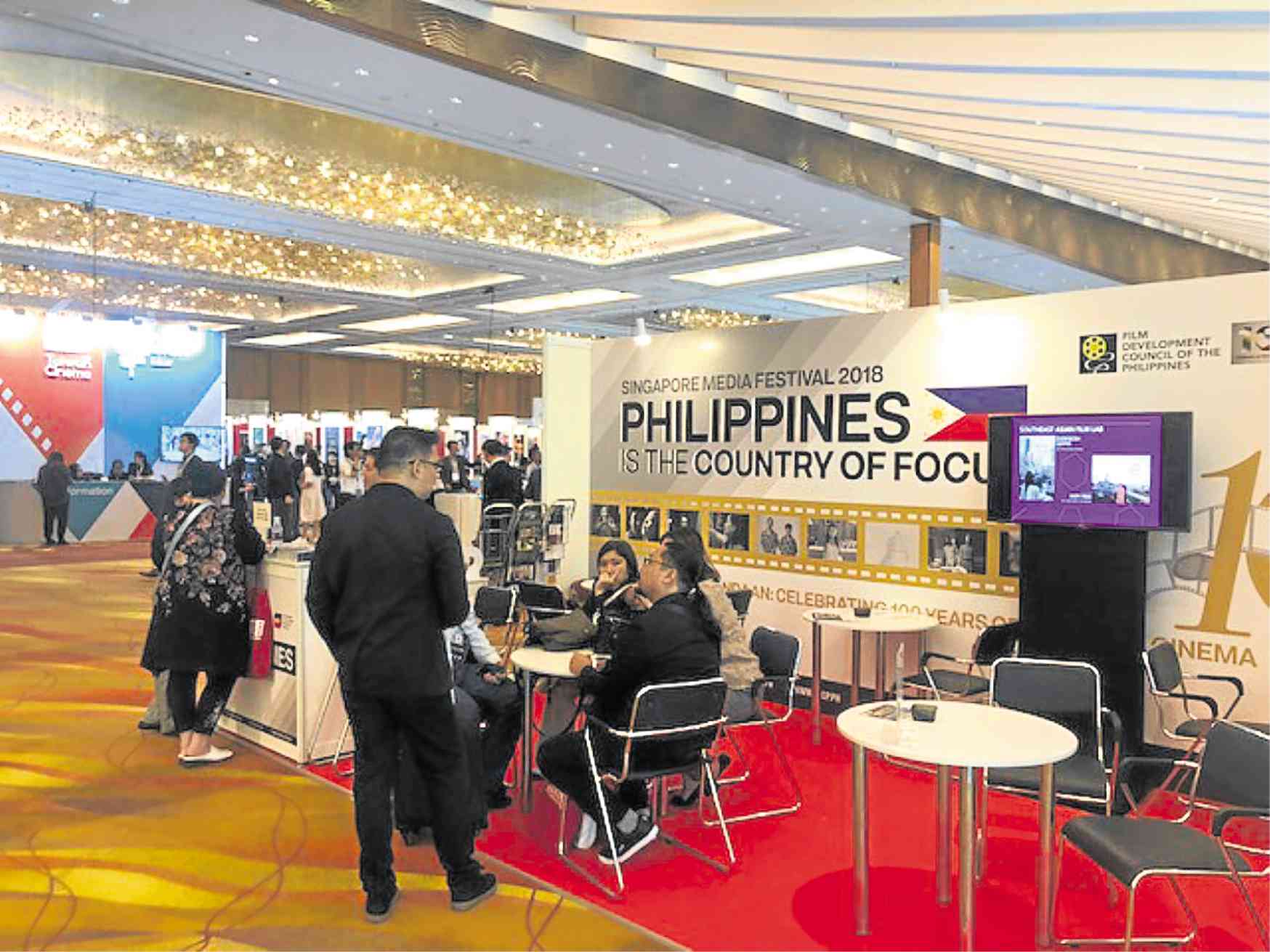 SINGAPORE—The Philippines was the “country of focus” (CF) in this year’s Singapore Media Festival (SMF), bringing global attention to one of the region’s most dynamic film, TV and media industries.

Filmmakers, producers and media industry players led by Liza Diño of the Film Development Council of the Philippines (FDCP) composed the powerhouse delegation from the Philippines.

ABS-CBN, Viva Films, GMA Worldwide and some 30 other media companies were represented. For the first time, the Philippine Pavilion was set up at SMF fair by FDCP.

In the forum “Genre and Artistry: Spotlight on the Philippines” at the Manila Bay Sands, ScreenSingapore, an SMF program, called the country “an emerging powerhouse of content creation in Asean (Association of Southeast Asian Countries) with lauded filmmaking talents known across the world.”

The Philippines was chosen by Singapore especially since the two countries would be marking next year the 50th anniversary of diplomatic relations.

Also next year, the Philippines would be marking the centenary of Its cinema, the oldest in Southeast Asia.

SMF, hosted by Singapore’s Infocomm Media Development Authority (IMDA), was on its fifth edition, and it has become the umbrella event under which older and more familiar international fairs hosted by the city-state, notably the 29-year-old Singapore International Film Festival (SGIFF), are organized.

SMF seeks to become “one of Asia’s leading international events, where the industry meets to discover the latest trends, talents and content in Asia for film, TV, and the digital media,” according to IMDA.

Liza Diño, chair and CEO of Film Development of the Philippines, said that to be chosen as CF by the SMF was “an incredible honor” for the country.

She added that the 100th anniversary of Philippine cinema would be “a special milestone.

“We believe that the next best thing for our cinema is to go global and SMF is certainly a great platform… to connect Filipino filmmakers with partners and supporters … in the world.”

The special spotlight meant that the Philippines was especially represented in the SGIFF.

In the official competition, the Philippines was represented by “Season of the Devil” (“Halimaw”) by Venice grand-prize winner Lav Diaz, “The Ashes and Ghosts of Tayug 1931” by Christopher Gozum and “Nervous Translation” by Shireen Seno.

Meanwhile in SGIFF’s Southeast Asian Film Lab, which held workshops for aspiring filmmakers of the region, mentor was Raya Martin, named by Cinema Scope as one of the world’s Top 50 Filmmakers Under 50.

“Eerie” was one of the projects that found co-financing last year through the Southeast Asian Film Financing (SAFF) Project Market hosted by SMF. Co-
financier was Cre8 Productions of Singapore.

During the SGM, signing ceremonies were held between Cre8 and ABS-CBN Films for six co-productions.

Cre8 likewise signed a three-production deal with Ursa Entertainment of the Philippines.

The remaining 10 other SAFF projects went to Malaysia (four), Indonesia (three), and a Singapore, Cambodia and Myanmar (one each).

After the marketing pitch, Allego’s “Filipino” won the grant, along with the projects from Singapore (Omar Dha’s “The Carjacker”) and and Myanmar (The Mae Naing’s “The Women”).