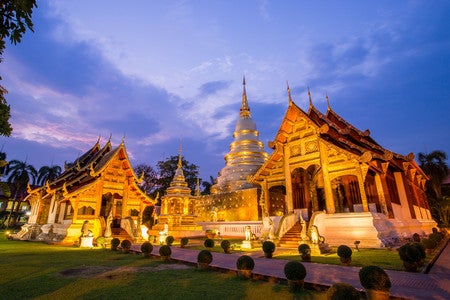 Travelers sought out ‘secondary cities’ for 2018 in wake of overtourism

The prospect of overcrowding and overtourism seem to have spurred more travelers to seek out alternative destinations in 2018, with secondary cities seeing double-digit growth from last year.

That’s according to Expedia’s 2018 Year in Review report, which looked at the fastest-growing travel destinations around the world to identify the top travel trends of 2018.

After crunching the flight data, analysts found that more and more United States travelers are venturing beyond the capital cities and primary tourist stops and seeking out lesser known gems that attract less crowds.

That’s good news for hotspots around the world that suffer from overtourism, a buzzword tossed around to denote destinations where tourism has resulted in overcrowding, congestion and disrupted local lives.

Over the last few years, Portugal has enjoyed the travel spotlight as one of the trendiest destinations of 2018. But the numbers show that after Lisbon and Porto, travelers were also booking trips to the Azores this year for its dramatic landscapes, diving and hiking.

Visitors to Thailand also ventured beyond Bangkok to Chiang Mai, described as the spiritual sibling of the Thai capital with its Buddhist temples, street food stalls and festivals.

And while London is one of the most popular travel destinations in the world, flight data shows that curious travelers booked trips further north to places like Inverness, Scotland and Belfast, Northern Ireland, in search of less common experiences.

Meanwhile, what did tourists do while on holiday this year? The fastest-growing activity included observation decks, attractions and architectural landmarks, with the Eiffel Tower and the Colosseum among the top trending attractions. Food and shopping were also popular tourist activities.

The report also found that travelers are more open to staying in alternative lodgings. “Tentalows” (tent, bungalow hybrid), chalets and villas were the fastest-growing accommodation types this year.

Here’s a selection of secondary cities that experienced at least 40 percent more growth in U.S. visitors in 2018, compared to 2017: