Amsterdam removes 'I Amsterdam' due to overcrowding | Lifestyle.INQ ❮ ❯ 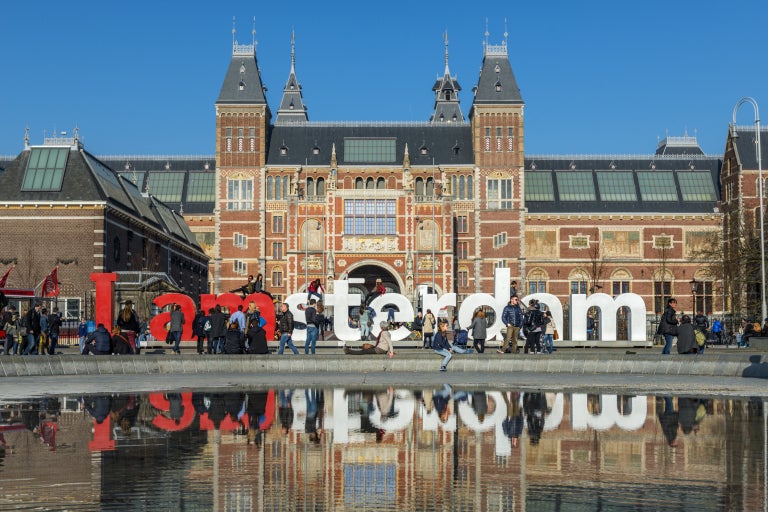 'I Amsterdam' sign before being removed from Museumplein on Dec. 3, 2018. Image: istock/pidjoe via AFP Relaxnews

Amsterdam removes iconic ‘I Amsterdam’ sign due to overcrowding

The city of Amsterdam has removed one of their most popular attractions for selfie-snapping tourists, the “I Amsterdam” letters erected in the city’s museum district, due to overcrowding.

If you follow travel influencers on Instagram, you’re sure to have seen it: the iconic “I Amsterdam” letters in front of the picturesque Rijksmuseum, an Instagram-worthy shot of old versus new.

But overcrowding and congestion have driven officials to remove one of their most popular attractions, which will instead pop up around the city to highlight lesser-known areas instead.

It’s a smart strategy against overtourism, and one advocated recently in the United Nations World Tourism Organization’s report on urban tourism earlier this fall. In it, experts recommended developing tourist activities outside the city center and away from popular tourist attractions. Amsterdam was one of the European cities studied for the report.

Visitors can still tell both their IRL and virtual friends on Instagram that they’re holidaying in Amsterdam, by snapping a selfie at Schiphol airport where the “I Amsterdam” logo stands permanently at arrivals.

The set will continue to tour the city and make appearances at various events, festivals and celebrations.

For now until Dec. 12 the letters will be erected at the Student Hotel in Amsterdam, before moving to Westerpark near Pacific Parc restaurant. JB