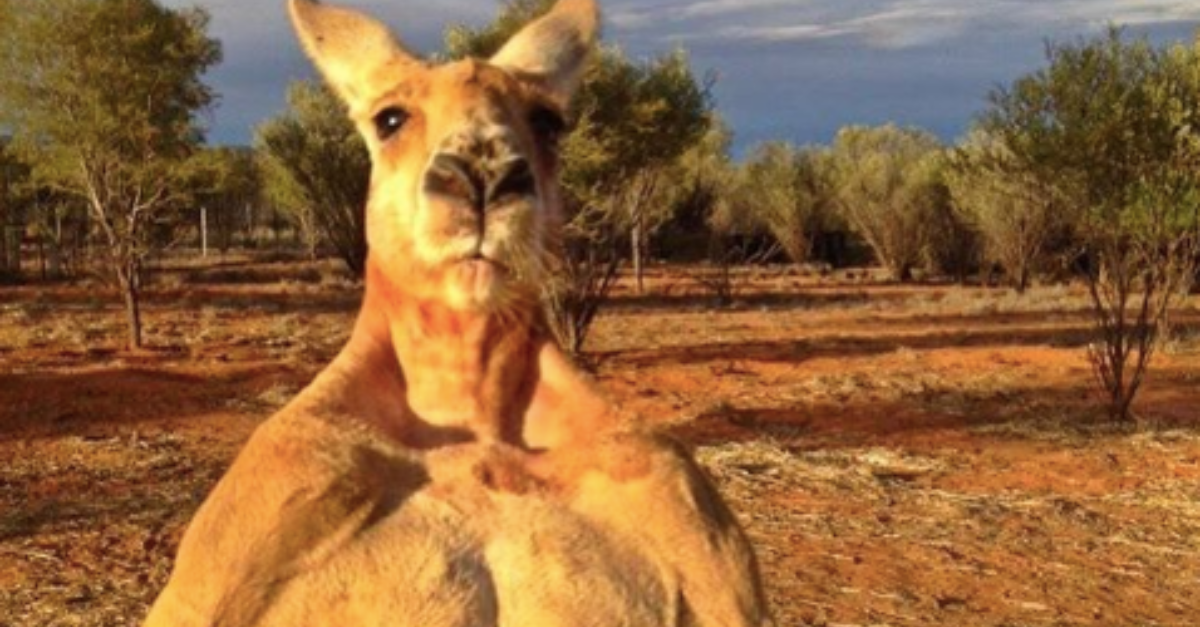 A kangaroo named Roger, famously known for his muscular physique, has passed away in Australia. He died of old age at 12 years old.

Roger was raised at the Kangaroo Sanctuary in Alice Springs. “We have lost our beautiful boy, Roger,” the sanctuary’s owner, Chris “Brolga” Barns announced in a video on Facebook on Saturday, Dec. 8.

When he was a joey, Roger was rescued by Barns, after Roger’s mother was killed on a highway, in an accident.

Barns said that he had built the sanctuary for Roger “and a couple of his wives” which numbered to 12, reported BBC yesterday, Dec. 10.

During his life, he was the alpha male in the area and even saw Barns as a threat towards his mates. Roger stood at 6’7” and weighed 196 pounds — not unusual for male kangaroos, but his physique still caught the internet’s attention.

Roger punched his way to internet fame when a 2015 photo showed him holding a metal bucket that he crushed.

As he aged, he had arthritis and his vision faded. He also lived a full life — a kangaroo’s life span can go up to 14 years.

Roger is buried within the grounds of the sanctuary. JB

Cops looking for owner of kangaroo on the loose in Austria

Aussie cops to the roo-scue as kangaroo caught in surf