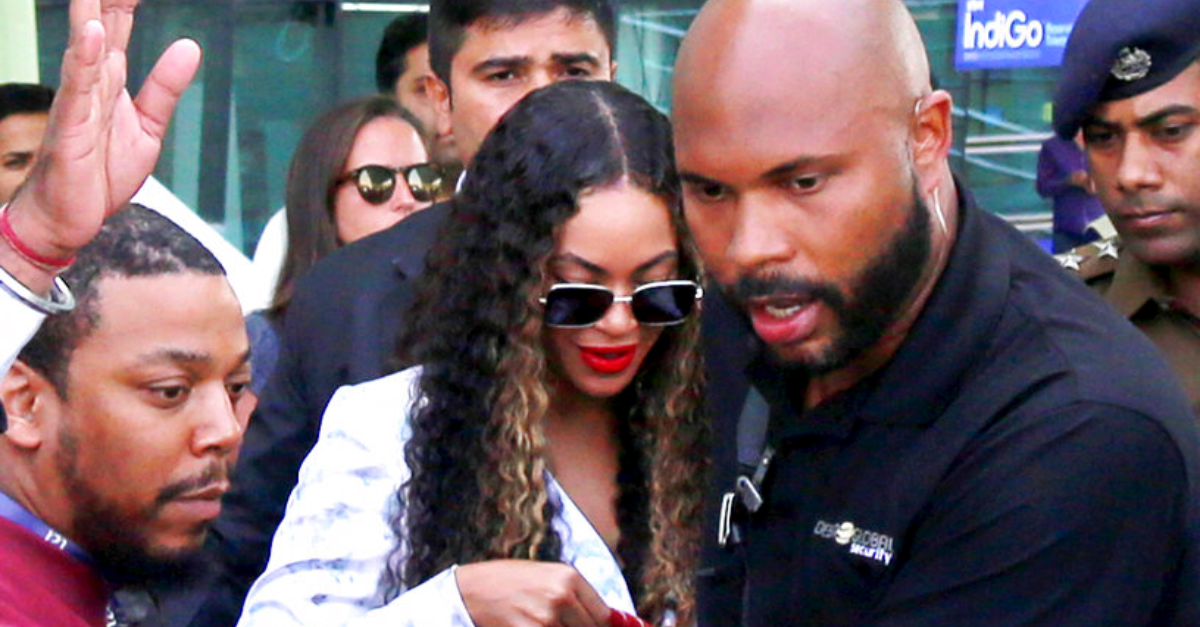 FILE- In this Sunday, Dec. 9, 2018 file photo, singer Beyonce arrives to perform at the wedding of Isha Ambani, the daughter of India's richest mogul, and Anand Piramal, the son of one of India's biggest industrialists, at the airport in Udaipur, India. Beyonce performed at a pre-wedding event Sunday at a 16th-century palace in the Indian city of Udaipur. Guests included Hillary Clinton and a host of Bollywood A-listers. (AP Photo/Rohit Kothari, File)

NEW DELHI — In a season of big Indian weddings, the marriage of two business scions on Wednesday is set to be the biggest of them all.

Isha Ambani is the Ivy League-educated daughter of Mukesh Ambani, chairman and majority stakeholder in oil and gas giant Reliance Industries, whose net worth Forbes estimates at over $43 billion.

Her groom, Anand Piramal, is the son of Indian industrialist Ajay Piramal, whose namesake conglomerate is estimated to be worth over $10 billion.

At one of the couple’s pre-wedding events on Sunday, Beyonce performed for a star-studded gathering at a 16th-century palace in the Indian city of Udaipur. Guests included Hillary Clinton and a host of Bollywood A-listers.

The competitiveness of India’s wintertime wedding season is growing more extreme, exacerbating the pressure on regular Indians to go into debt to finance elaborate weddings, according to Archana Dalmia, a social activist in New Delhi.

“A farmer might commit suicide because he can’t save enough money to get his daughter married,” she said.

The extravagant wedding of Indian actress Priyanka Chopra and American singer Nick Jonas earlier this month — attended by Indian Prime Minister Narendra Modi — was straight out of a Bollywood film.

While opulence has always been a feature of Indian weddings, families used to hand down bridal saris as heirlooms. No more, Dalmia said.

“This generation is very different. Priyanka Chopra will never be able to wear it again and she won’t be able to pass it down,” Dalmia said. NVG