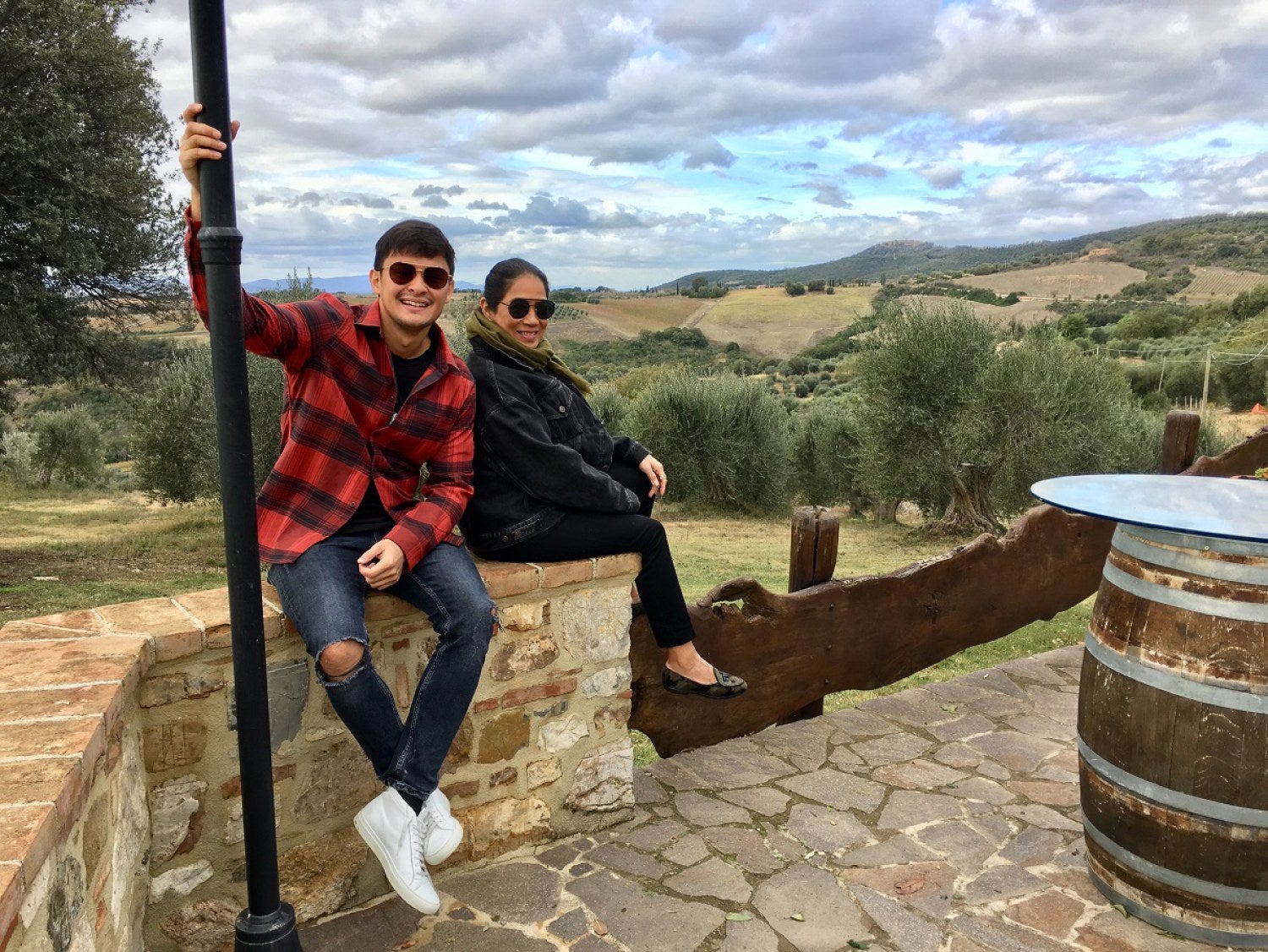 Matteo Guidicelli and Margarita Fores take it easy in the Italian countryside during a break in the shoot for ABS-CBN's The Crawl. ABS-CBN PHOTO

The two-part special is set to make its digital premiere on Friday, Dec. 14, at the streaming platform iWant, and will be aired on the Metro Channel on Dec. 15 and 22.

Guidicelli and Fores immersed in an authentic Italian cuisine adventure in the cities and regions of Alba, Parma, Milan, Modena, Florence and Tuscany.

The two made their stop in Bel Paese, including Milan’s Luini Panzerotti where they tried Guidicelli’s prosciutto, stracciatella and ragu.

They also visited Delle Langhe, Eataly, Venchi at the Park Hyatt, the food street Via Spadari, among others in the show’s first episode.

In the second episode, 2016 Asia’s Best Female Chef Fores walks down memory lane as she returns to where she first learned the basics of Italian cooking.

Their visit to Italy will not be complete without wine tasting. The episode will feature an interview with Giovanni Mazzei whose family has been producing wine for 24 generations.