Jim Thompson: The legend, the house, the man who perfected the art of party | Inquirer Lifestyle 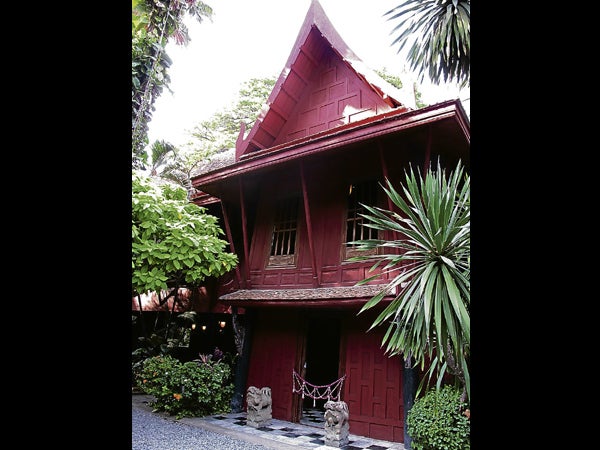 Jim Thompson: The legend, the house, the man who perfected the art of party 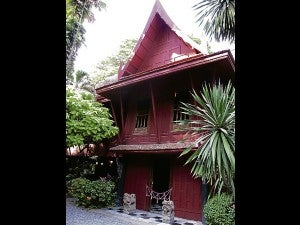 The Jim Thompson House is one of the top attractions of Bangkok. Every year, thousands of visitors come to see this lovely home which has been turned into a small museum.

What draws people to the place is probably not just the beauty of the site but also the story that binds everything together. For the House celebrates the legend of the man who built this charming compound.

James Harrison Wilson Thompson was born in Delaware in 1906. He attended Princeton University and the University of Pennsylvania where he finished architecture, going on to practice his craft in New York City.

When the Second World War broke out, he volunteered for military service joining the Office of Strategic Services, the forerunner of the Central Intelligence Agency or CIA. He soon found himself in Bangkok.

When the War ended he decided to stay in Thailand, getting involved with the tourism industry which he must have instinctively felt would soon flourish. He helped reorganize what is now one of the world’s top hotels—the magnificent Oriental.

Eventually he would take an interest in the production of Thai silk.

In the 1940s, the making of Thai silk was a dying craft. Though the material was known for its brilliant hues, these tended to fade after extended use and quality was inconsistent.

Undaunted, Thompson proceeded to improve the fabric. He then took samples back to the US to promote it and create greater demand.

Today, silk production is a vibrant industry and the company Thompson founded is one of the leaders in the field.

Home by the canal

In the late 1950s, having lived in Thailand for many years, Thompson decided to build himself a new home. He selected a site that was redolent of the many characteristics of traditional Thai life. For one thing, it was by a klong or canal. Though now bedeviled by floods, Bangkok was a city whose waterways were essential features—the central arteries through which daily transactions flowed. Right across the klong was a village whose weavers Thompson would regularly visit.

Thompson’s dream abode was completed in 1959. It was made up of several houses from different parts of Thailand. Carpenters steeped in time-honored techniques were brought in from Ayutthaya (the former capital) to rebuild the structures.

Thompson also planted a lush tropical garden that brought to mind the teeming jungles of the region.

It is this garden that one notices upon entering the compound.

On a recent visit, it dawned on me that what may attract tourists to the site is the fact that the verdant garden and the undulating roofs of the buildings probably distill for many a very compelling image of the Asia in their minds. It is an image culled from storybooks and accounts of fantastic realms, activating a primordial feeling of amazement and wonder.

The centerpiece of the tourist’s experience of the place is, of course, the house. One must pay an entrance fee and join a guided group to enter.

I was quite impressed by the fact that we were all required to leave our bags and shoes. Somehow, this helped to enhance the feeling that the house was truly a marvel, a venerable edifice that one was privileged to be allowed to see if even for a few stolen moments.

The interiors are gorgeous. Everywhere I turned, I beheld tableaux that spoke volumes about balance, refinement and the serendipity of detail. This was the East as refashioned by the West.

Much of what I saw signaled creativity, freshness, and fusion.

I saw, for example, how small and square mahjong gaming tables were placed together to form a dining ensemble. Carved wooden dye blocks became murals. It was the myth-making “orientalism” as described by Edward Said but with the flourish of a diva.

As we went through the house, the guide expertly pointed out important art works. At the time Thompson   started collecting, South East Asian artifacts were not yet on anyone’s list. The man certainly helped put the region on the map as an important destination.

As the guides shared various anecdotes about Thompson’s memorable dinners and banquets as well as the procession of celebrities that streamed through the exquisitely appointed halls, it became very clear to me:  this was a man who had perfected the art of the party as marketing strategy.

After a magical evening at Chez Thompson, the guests would then go forth, spreading the word and helping to weave the allure that would surround Mr Jim’s chosen product—Thai silk.

The house was, in fact, a fabulous showcase for the fabric. Jim Thompson would use Thai silk in different permutations all throughout his home: as upholstery, curtains, table spreads, lamp shades.

More correctly, the house was a showcase for the lifestyle which would make everyone take note of what Thompson’s weavers were producing. For the man had it down pat: it is not advertising which sells a product. What truly sells is legend.

Sadly, a tragic twist of events would add to the mystique. Sometime in 1967 while on vacation in Malaysia, Jim Thompson would disappear during a walk in the forest. Rumors would abound as to what had happened to the man. But in the end, Mr Thompson never came home again.

Today, even though the beautiful house on the klong no longer has its owner, it is alive and well and booming, filled with visitors. As I walked around, I saw that a lounge had been added as well as a café that served delicious meals. Sitting at a table near the pond is truly a meditative experience given the grime and bustle of contemporary Bangkok.

My favorite is the gallery which hosts cutting-edge thematic exhibits. I had once seen a show there which explored how Thompson would have felt if he were to suddenly come back to his beloved city.

On my more recent visit, there was a display of innovative designs. Of course, some of the pieces on display were also on sale at the store downstairs which was doing brisk business.

There are certainly a lot of lessons in the Jim Thompson house for those of us who are trying to revive Philippine fabrics like Piña. For one, it was abundantly apparent that to sell textiles, the best showcase is a fabulous house.

Many thoughts filled my mind as I surveyed the garden: could we do something like this in Boracay to sell the weaving of Aklan? Could Dr. Maris Diokno of the National Historical Commission of the Philippines turn the various heritage homes in her care into a vibrant entrepreneurial center where history will help provide livelihood for local communities?

Then I smile as I tease myself with another admittedly irreverent question:  if I want the craft product I am advocating to flourish, would I also have to disappear?