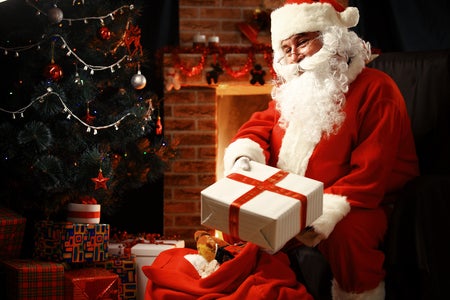 One Santa from Cambridgeshire, in the United Kingdom ruined the spirit of Christmas for some kids when he ripped off his hat, beard and swore at them during an annual free Father Christmas Grotto event.

The incident happened at the Corn Exchange, Market Hill last Sunday, Dec. 9 and was triggered after a separate event in the same venue set off the fire alarm. The families present started to leave the building to go to safety, as per Cambridgeshire Live on Dec. 12, when the Santa seemed to have gotten fed up over the situation.

“People were in the process of vacating the building and in came angry Santa swearing using the most vile language,” one mother was quoted as saying. “He was shouting at people to leave, which is exactly what we were doing. Very strange behavior.”

A number of kids and parents were also left upset after they were told by Santa to “get the f*ck out.” Parents, meanwhile, tried to pacify the situation by explaining to their children the man was not the real Santa, but an impostor.

Festival Events St. Ives (FESt), the organizers of the grotto event, has since issued an apology regarding the incident.

According to FESt, Santa was there to immediately assist in the evacuation of the building, and stated, “FESt [wishes] to apologize for any offense or distress caused to parents and children by their attempts to ensure all visitors and staff had exited the building and were safe.” Cody Cepeda/JB