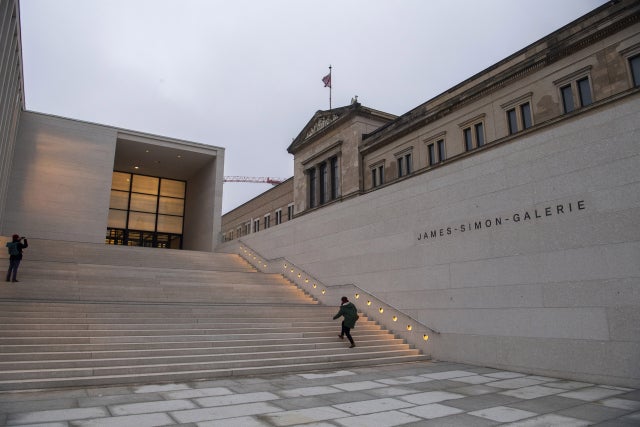 View of the James Simon Gallery, a new centrally located visitor centre between the reconstructed Neues Museum and the Pergamon Museum on Museum Island in Berlin. Image: AFP/John MacDougall

Berlin inaugurated a new addition to its UNESCO-listed Museum Island on Thursday, after a construction delay lasting several years and at costs that were twice the budgeted sum.

Keys to the James Simon Gallery were finally handed over to Berlin’s museum authorities, the Prussian Cultural Heritage Foundation.

Designed by British star architect David Chipperfield, the 4,600 square meters (49,500 square feet) building will be a one-stop entry to the group of five museums on the island.

Besides housing a common ticketing point for the museums, the gallery also features a space for temporary exhibitions, a bookstore, an auditorium and a cafe.

It will be opened to the public from July next year.

Michael Eissenhauer, the director of Germany’s public museums, called the new building a “gift from the sky.”

But some Berliners have mocked it as the “world’s most expensive cloak room” as building costs exploded to 134 million euros ($151 million), close to twice the budgeted 71 million euros.

An UNESCO World Heritage site, the Museum Island is home to precious artifacts including a legendary bust of the Egyptian Queen Nefertiti and Babylon’s Ishtar Gate.

The group of museums in the heart of Berlin attracts 2.5 million visitors a year. CC

Museum devoted to magic of cinema to open in LA