Why Melbourne is the most liveable city | Inquirer Lifestyle 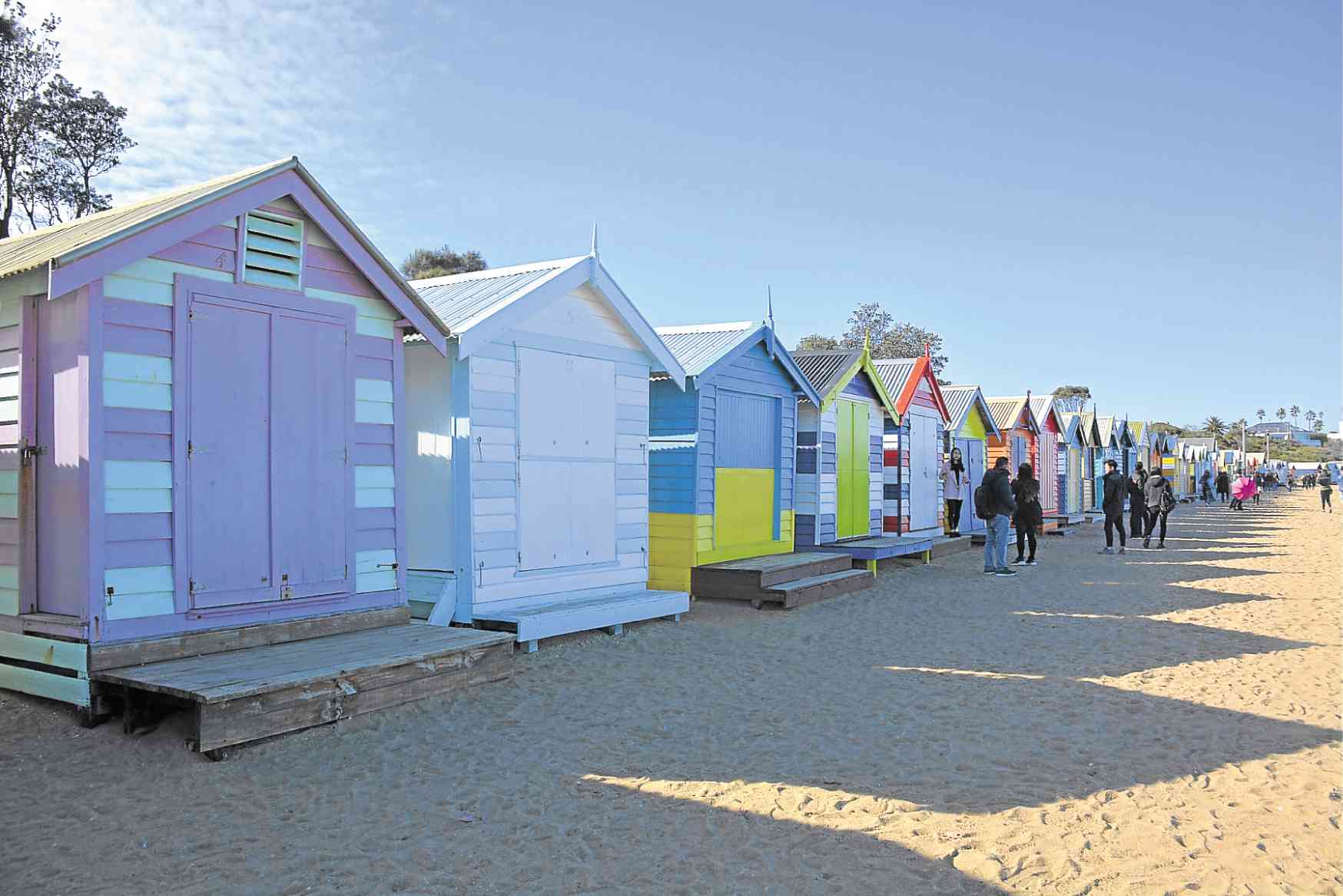 Why Melbourne is the most liveable city

Welcome to Melbourne, the most liveable city in the world,” proudly said Nigel, our friendly driver-tour guide. He readily backed his claim by quoting a recent report that Melbourne, Australia, remains among “the world’s most liveable cities” for 2018.

The Economist Intelligence Unit’s Global Liveability Survey ranks Melbourne second only to Vienna, Austria. Interestingly, it was only this year that Vienna ranked first in the survey, while Melbourne has held the title for a record seven consecutive years.

The report commends the healthcare, education, infrastructure, stability, culture and environment of the city.

It is timely that Cebu Pacific now flies direct to Melbourne, the airline’s second destination in Australia after Sydney.

Cebu Pacific had its inaugural flight to Melbourne recently at Naia Terminal 3. Cebu Pacific is the first low-cost carrier to operate regular flights (Tuesday, Thursday and Saturday) between Manila and Melbourne.

Cebu Pacific vice president for marketing and distribution Candice Iyog said that the start of Cebu Pacific flights to Melbourne would boost tourism exchanges between the two cities.

“This will enable more Filipinos and Australian business people or investors to strengthen trade and commerce, as well as bolster economic and cultural ties between the two countries,” said Iyog. “This effort falls under our ‘Ceb Effect Program.’”

The “Ceb Effect” refers to the benefits of affordable and accessible flights that Cebu Pacific offers. One-way fare between Manila and Melbourne on Cebu Pacific costs as low as P9,500, all in.

Cebu hopes to replicate the loads of passengers going to and from Australia when it opened its Sydney route in 2014, said Iyog.

“We are actually flying the most number of passengers between Manila and Sydney. We are the largest carrier between the two routes. And, if we are to look at our loads today and how the bookings are being done, Melbourne’s starting stronger than how Sydney started.”

“The Philippines is also a good jump-off point,” Iyog added. “Australia is far from everywhere else in the world. Geographically, we are very well-placed.”

Australia Ambassador to the Philippines Amanda Gorely said there had been a 30-percent increase in the number of Filipinos traveling to Australia when Cebu Pacific opened its flight to Sydney.

“There’s definitely an impact when a low-cost carrier flies in a particular destination,” said Gorely, who hails from Melbourne. “The establishment of a new route always brings economic growth for both countries. Not just the people, but also the cargo that aids big businesses. Obviously, we have Australian companies wanting to export things from Melbourne to the Philippines and vice versa. If there’s more cargo space available at a competitive price, companies from both our countries can grab the opportunity.”

“It’s very easy to be a tourist in Melbourne,” Gorely said. “You can get on and off the trams in the city for free and just work your way around the city.”

The maiden flight to Melbourne (5J049) took about nine hours and 40 minutes (Melbourne is two hours ahead of Manila) via Airbus A330 and was welcomed by a traditional water gun salute.

Melbourne has a compelling appeal in every nook and cranny, even in its gardens, its history and its charm.

We started off with a visit to the countryside, to the picturesque farm and tranquil scenery of Churchill Island, where heritage farming activities like sheep shearing, cow milking and whip cracking are showcased daily for tourists.

The sheep shearing amazed the crowd with master shearer Peter Officer carefully showing shaving strokes and techniques without nicking or cutting the sheep.

“It’s how you handle the sheep that makes it more relaxed and doesn’t resist,” said Officer.

The crowd gathered instantly at the sight of iconic koalas dozing atop the eucalyptus tree, oblivious to noisy birdlife, inside the vast, well-run Koala Conservation Centre. These cuties would be best viewed from the treetop boardwalks.

And, tourists just had to see the world’s smallest (and cutest) penguins.

Each night at sunset these penguins would come ashore and clamber to their nests in the dunes. This was called the Penguin Parade.

It was quite a memorable natural wildlife experience as  we watched in wonder the hundreds of little penguins waddling from the sea and making a dash across the beach to their burrow homes.

Spectators can enjoy all the action without disturbing the penguins. No photography or filming of penguins was allowed.

No visit to the city would be complete without a trip to the famous Yarra Valley Chocolaterie, the sweetest destination that offered a real chocolate experience.

As soon as we stepped inside the chocolate wonderland, three huge bowls of chocolate chips (milk, white and dark) welcomed us.

One can watch from a huge glass window in-house chocolatiers handcraft over 250 different chocolate varieties.

Yarra Valley Estate is  also home to De Bortoli Winery, a restaurant serving Italian-inspired cuisine and a wide selection of wines. The De Bortoli family owns a vast vineyard and, just below the restaurant, the Cellar Door, where one could buy quality local wines, including Cabernet, Chardonnay, Semillon and Pinot.

Australia is also known for its beautiful and accessible beaches, so a first-timer should not miss heading over to the trendy St. Kilda Beach and feel the morning sun and the fresh sea breeze.

In the city, one wouldn’t be disappointed by the wonderful blend of architectural heritage, modern skyscrapers and contemporary designs of the Melbourne CBD (central business district). Popular landmarks include the St. Paul’s Cathedral, Flinders Street Station and Federation Square.

Melbourne’s thriving art scene could be gleaned from its famous Graffiti Laneway.

The open-air Queen Victoria Market was bustling as people shopped for fresh produce, souvenir items, clothes, bags and jewelry. It was also perfect for dining with family and friends.