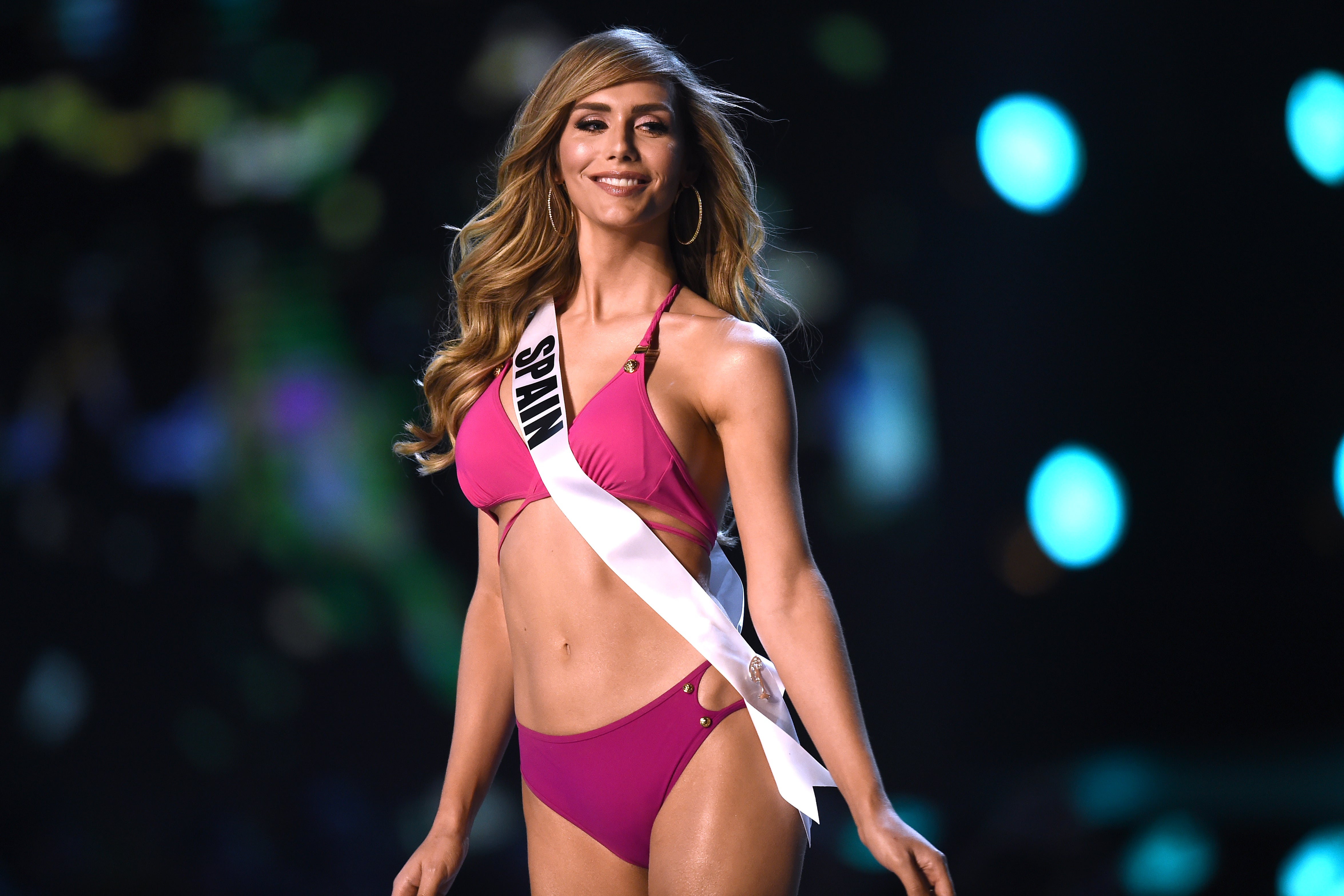 Angela Ponce of Spain competes in the swimsuit competition during the 2018 Miss Universe pageant in Bangkok on December 13, 2018. (Photo by Lillian SUWANRUMPHA / AFP)

BANGKOK–Carrying a bold message of inclusion, transgender rights and a sharp rebuke to US President Donald Trump, Miss Spain’s Angela Ponce is blazing a trail as the first transgender contestant in Miss Universe’s 66-year history.

The willowy beauty is making history since the pageant reversed a longstanding policy in 2012 that participants must be “naturally born” women.

Explaining her broad appeal the plain-speaking 27-year-old says “who hasn’t suffered from prejudice? Who hasn’t had to deal with bullying?”

Outside the walls of Miss Universe — whose finals will be held early Monday in Thailand’s capital Bangkok — the transgender community continues to be marginalized and misunderstood, with high rates of suicide.

A leaked White House report said President Trump’s administration is considering pushing changes to the law to define gender by biological traits at birth, while trying to block transgender people from military service.

Ponce is defiant about how to respond to Trump, a former owner of Miss Universe, and others who would try to box her in by physical traits.

“I always say: having a vagina didn’t transform me into a woman. I am a woman, already before birth, because my identity is here,” she told AFP, gesturing to her head.

She also took issue with the classification of trans people by large sections of society based on prejudice and narrow assessments of gender.

“Outsiders say what I can and cannot do, what I am and what I am not,'” Ponce said.

“No, I’m sorry. To be a woman is your identity. It doesn’t matter if you are white, black, if you have a vagina… if you have a penis.”

Ponce, who works with a foundation in Spain helping children struggling with stigma linked to being trans, is aware of the visibility she brings to the Miss Universe platform.

Her performance has so far drawn praise, from her portrayal of a flamenco dancer during the national costume portion of the competition to her strut down the runway in a shimmery mermaid-like gown in the evening dress category.

“You can empower yourself like I have and turn something negative into your biggest strength,” she said.

“Children are born without prejudices and I think that if we talk to them about diversity from a young age… we can create a new generation of human beings who are raised a lot better, more tolerant and respectful.”

This year’s event, which critics say is a throwback to stereotypes of the pre #MeToo era, has largely preached a message of inclusivity.

It boasts an all-women panel of judges made up of business leaders and former Miss Universe titleholders.

But gaffes still abound — Miss USA Sarah Rose Summers got in hot water for appearing to mock the contestants from Vietnam and Cambodia on social media for not being able to speak English.

She has since posted an apology on Instagram, saying she did not “intend to hurt” her fellow competitors.