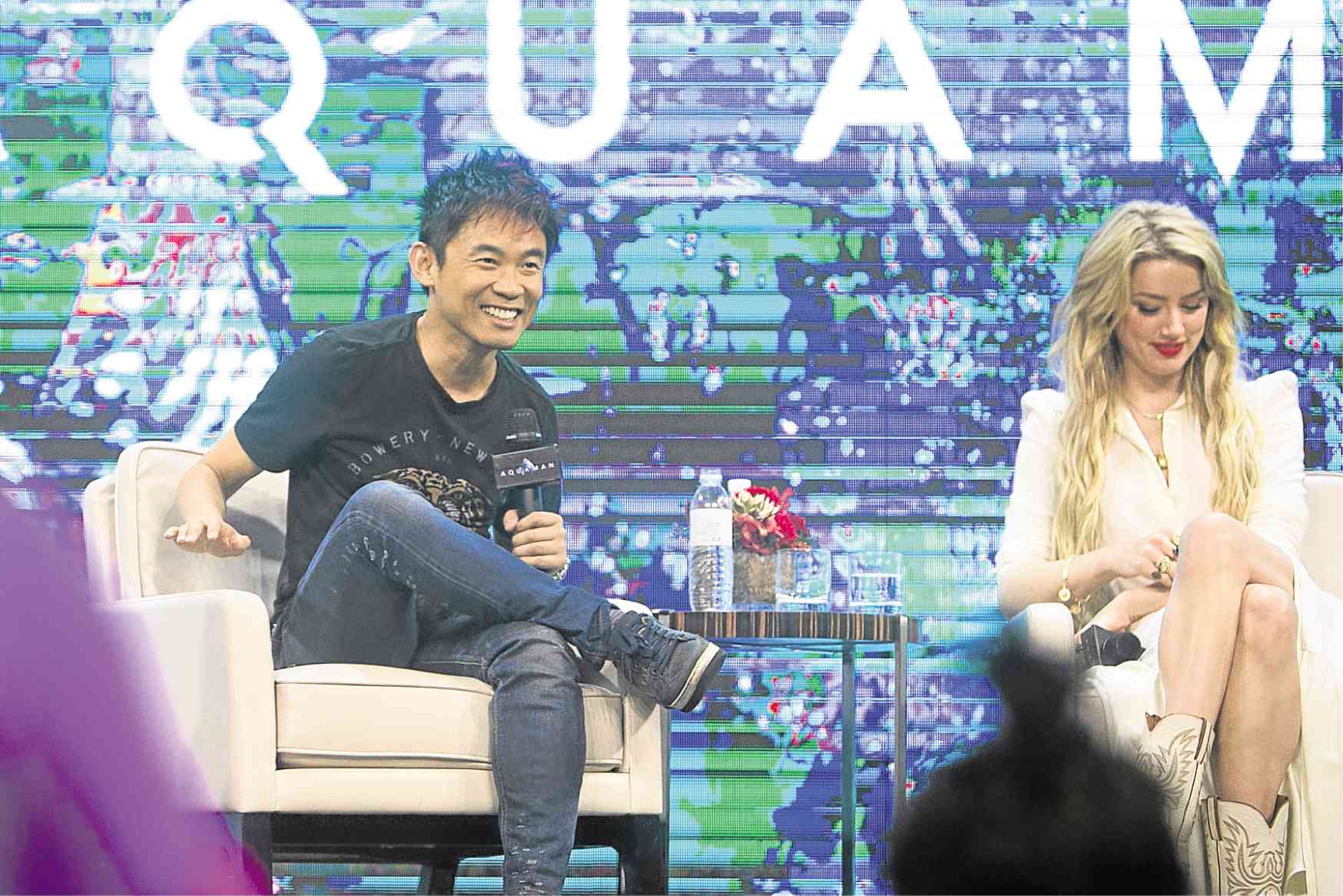 “I would love to go to the Philippines one day,” James Wan told Super in a 2016 interview.

He did just that earlier this week, stopping by Manila during their four-continent “Aquaman” promotional tour.

James, who had the choice between doing a movie about The Flash or Aquaman said he chose the latter because “he’s never been done before.” “You’ve seen The Flash on TV, he’s been done before. Aquaman lives in a world that is very unique and the chance to play with sea monsters… that was very enticing for me,” he said.

That comes as no big surprise, since the director, screenwriter and producer is known for his numerous horror films including the “Saw” series and “The Conjuring” franchise. It was after directing “Fast and the Furious 7” that James made the jump to directing this blockbuster project. “I’m very thankful to have that opportunity to do so because you know, only a handful of filmmakers get the chance to play this role. I’m very grateful for that.”

The chance to create Aquaman’s world was another reason he was excited to work on the film. James said, “That’s really a big attraction to why I picked this particular character. The opportunity to not just play with a character that’s never been done before but also to design a world that he lives in… that’s very exciting. I got the opportunity to sort of create this world from scratch.”

While James got a lot of inspiration from the comic book, preparing to build Atlantis also meant watching a lot of documentaries about the ocean.

He paid great attention to detail, including to how the characters’ hair should move underwater. “It took a lot of R&D early on… We would put wigs and costumes on our stunt performers and put them underwater to see how they work, how water interacts with the skin and how the hair would move, what kind of current would sway the hair this or that way. When we finally did the CG of the hair, it took a long time to get it right. We kept tweaking and tweaking all the way until I was supposed to put my pen down,” he said.

James is waiting for the rest of the world to be able to see the film. “I think the fans are connecting with it, especially comic book fans who grew up with this character. It’s really fun for me to see their reaction to that. But it’s still early days, the movie still hasn’t come out yet in America and other parts of the world so I’m taking it one step at a time.”

Presenting audiences with something they haven’t seen before is important to James. “I like the duel between Arthur (Jason Momoa) and Orm (Patrick Wilson) in the coliseum built into the cone of a volcano only because it’s a classic swordfight but with tridents and in a way that we haven’t quite seen before,  that underwater aspect to it.”

Naturally, he tapped into his horror filmmaking, too. This is especially evident in the terrifying scene in the trench. “It felt like it was organic to their journey, they cross into this other kingdom that is basically all sea monsters. I knew if I was gonna go into that world, I was gonna lean a little into my horror filmmaking and not be afraid of it.”

James has made a career out of scaring people. But what scares him? He said, “The real world scares me. The movie world I’m not afraid of, that’s all make believe.”