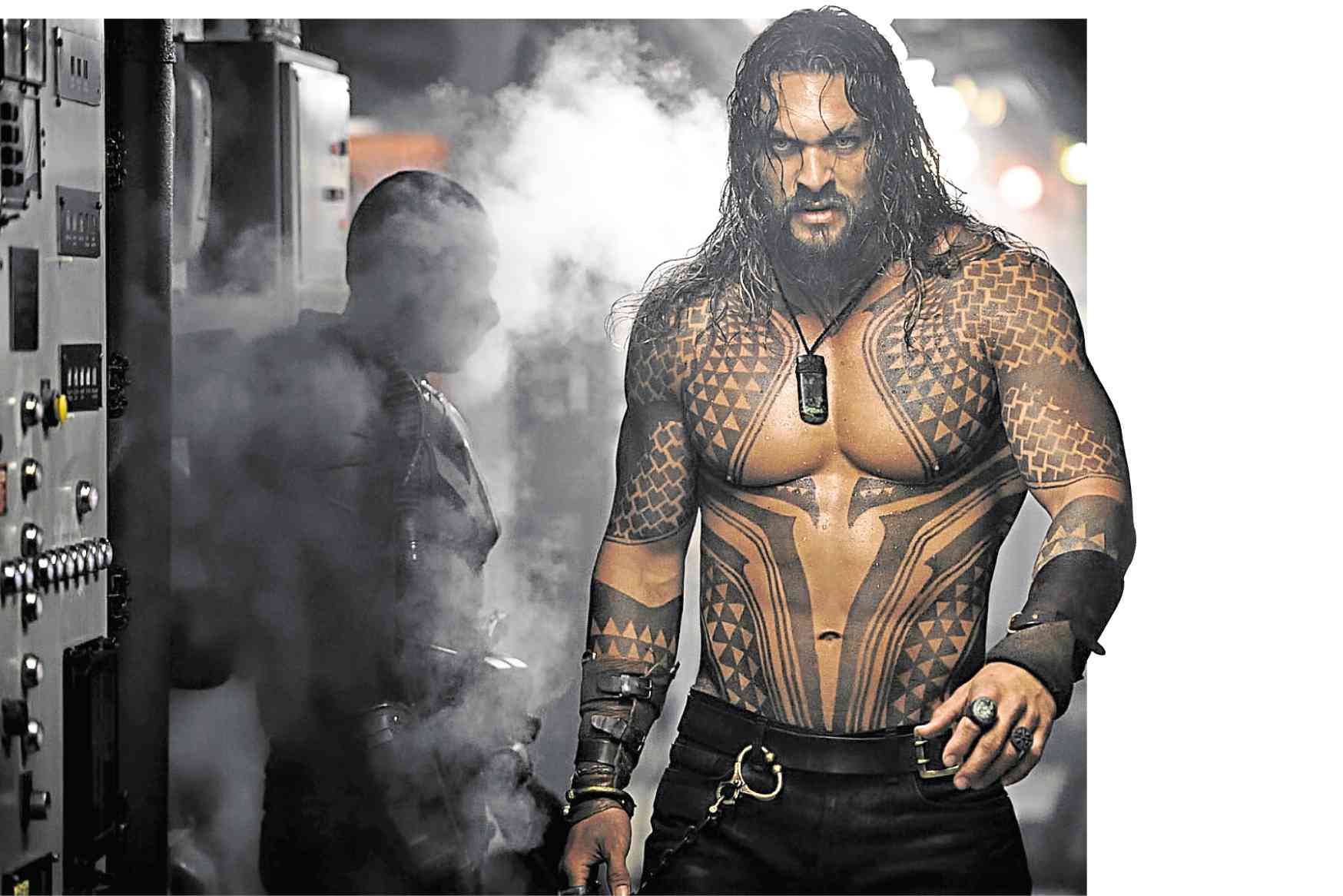 The age of Aquaman

Way too many people like making fun of Aquaman, or at least the old idea of Aquaman. Not anymore. It is amazing how a single project has made DC Comics’ Aquaman, as actor Jason Momoa likes to say, “badass.”

There are several reasons why the solo “Aquaman” film is generating so much buzz.

Originally created in 1943 for National Publications (later DC Comics) in 1941 by Mort Weisinger and Paul Norris, it was the silver age version of the character, re-launched in 1956, which became famous. Aquaman’s appearances in the 1970s “Super Friends” cartoon made him a household name.

Through the years, Aquaman has been reworked. His powers—powerful swimming, super strength, invulnerability breathing underwater and ability to communicate with sea creatures—were amped up. Along with an emphasis on his status as King of Atlantis, Aquaman’s modern iteration in the comic books is a seriously powerful character, a Superman for the seas. The film takes this interpretation from Geoff Johns’ 2011 reboot of the character.

That’s the status of the character in the “Aquaman” film, as well. So how did they make Aquaman cool for the big screen?

The first is the casting. You don’t get much cooler than Jason Momoa, most famous for his turn as Khal Drogo on HBO’s “Game of Thrones.” It was director Zack Snyder who cast Momoa as Arthur Curry in the 2017 “Justice League” film, though Momoa had a cameo as Aquaman in 2016’s “Batman v Superman: Dawn of Justice” along with the other heroes who would eventually form the Justice League.

Momoa combines a surfer-dude too-school-for-school vibe with the bark of a professional wrestler. There’s nothing silly about this guy. Momoa’s Aquaman is the child of a human (Temuera Morrison, yes, Jango Fett himself) and an Atlantean queen named Atlanna (Nicole Kidman). Raised with powers and trained by Vulko (Willem Dafoe), Arthur doesn’t want his true inheritance until Mera (Amber Heard) comes looking for him.

The seven kingdoms of the ocean are at war, led by Arthur’s ambitious and hateful half-brother Orm, the villain known as Ocean Master (Patrick Wilson), who wants to conquer the seven kingdoms and then invade the surface world. Mera believes that only Arthur can stop Orm by taking over the throne, and they must start by finding the lost Trident of King Atlan.

Momoa plays Arthur convincingly as a reluctant hero and a reluctant king. He loves his powers but is unsure of the responsibility than comes with them. In her biggest role yet, Heard plays Mera with a Valley Girl vibe, dissonant but delightful.

The second thing “Aquaman” did right was embrace the source material. The film skews so closely to the source material. Arthur, Mera, Vulko, Orm and the iconic Aquaman baddie Black Manta (a glowering Yahya Abdul-Mateen II) looked like they were ripped straight out of the comic book.

“Aquaman” accepts its sci-fi fantasy trappings without a second thought. Production Bill Brzeski and costume designer Kym Barrett have fleshed out the undersea world like it’s never been seen before, in both scale and flavor. Its sci-fi side turns “Aquaman” into a “Star Wars” for the deep, with kingdoms instead of planets, each one distinctive and vivid. Those Atlantean troopers are oceanic stormtroopers. This CGI-heavy film doesn’t let its storytelling get bogged down by murky effects. It’s part videogame, part heavy metal music video, part monster movie and part sea (instead of space) opera.

The third that they did right was hiring James Wan as the director. Wan exuberantly directs “Aquaman” like nobody told him he couldn’t do these things. He loves showing audiences something they’ve never seen before. He learned to disregard things from the previous DCEU movies he didn’t like and intelligently attacked the task at hand.

It doesn’t have the soul-crushing gravitas of the DCEU ensemble films. If there’s anything that 2016’s “Wonder Woman” and this film proves, it’s that DC knows how to make excellent solo movies.

The comparisons to Marvel’s “Black Panther” film are superficial—hidden kingdoms suddenly revealed, a battle for the throne. But this is not Wakanda. Atlantis is a different place, with different challenges that Wan and company embrace.

This is not an introduction. It’s a coronation. In the end, the powerful combination of two world-beating talents—Jason Momoa and James Wan—is enough for “Aquaman” to stand alone and stand tall.