Why Sonia Roco lives each moment to the fullest | Inquirer Lifestyle ❮ ❯ 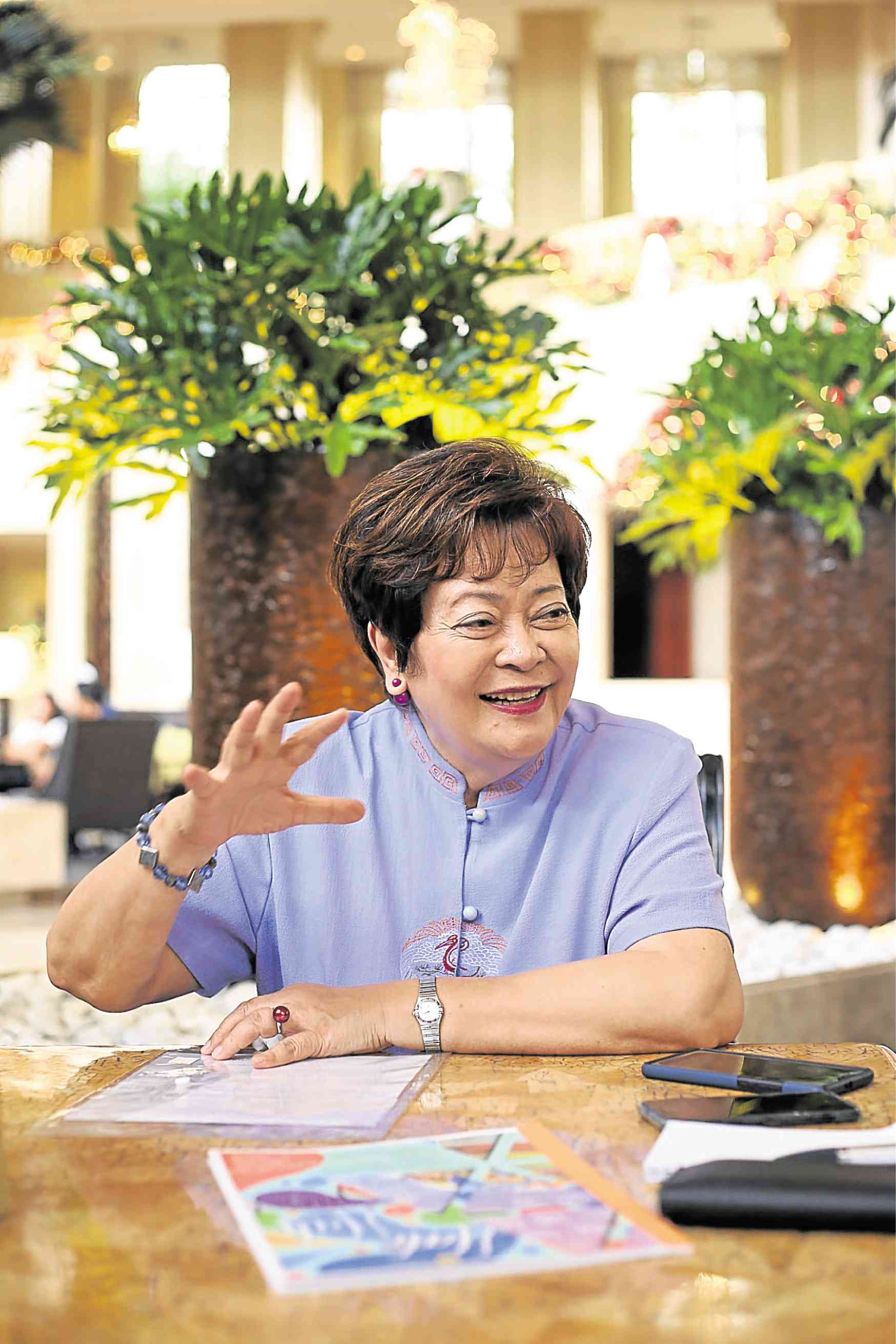 Sonia Roco: ‘I think I’m the perfect example of someone who lives in themoment.’ PHOTO BY EARVIN PERIAS

Why Sonia Roco lives each moment to the fullest

Sonia Malasarte Roco has a very busy schedule full of lunches with friends and former classmates, a monthly meeting with her bible study group, and meet-ups with congressional spouses, among other events. She doesn’t fret if she can’t attend one, or several of them.

Roco said: “It’s really about learning to prioritize. So far, I’ve been doing what I want to do. I went back to studying piano, giving recitals—things I had given up for a long time.”

The still young-looking, 74-year-old got a second wind, directing the original play, “Halo-Halo Tayo!” for the Carl Jung Circle Center, staged at Miriam College in mid-December.

“It’s a comeback for me because I’ve been out of theater since ‘Walang Sugat’ in 2010 when Ateneo celebrated 150 years,” she said.

As an undergrad student, Roco took a yearlong supplementary course in speech and drama at the Rose Bruford College in England. She returned to the Philippines in 1966, met and married Raul Roco, who would become a senator.

The couple went on to have six children. Raul passed away in 2005. But even with the demands of family life, Mrs. Roco continued what she wanted to do.

“I taught, I was in the theater, I got involved in the career of my husband, but all these didn’t stop me from doing the things I love,” she said.

Now that her children have their own families, Roco said she’s been freed of her motherly duties, “although now I have grandmotherly duties.”

As a grandma to nine, she’s happy when they’re together for Christmas and on birthdays.

“We also go on cruises,” she recalled. “One time, there were 18 of us in the group. The two youngest grandkids hadn’t been born yet. It was a good bonding experience.”

Three years ago, in 2015, singer and friend Jacqui Magno introduced her to the joys of solo travel through Dream Trips. Members of the travel club community can go on a number of trips after paying a membership fee and monthly fees that are converted into points.

“We were lucky to see the Northern lights in Norway,” she recounted. “In Bali, I was with my son, but the rest of the tour group—four buses full—was Chinese. At breakfast we would just smile at them and say good morning because they couldn’t speak English and we didn’t speak Chinese. In Hong Kong, we stayed at the Peninsula, which was, wow. Dream Trips book us in the best hotels and the tours are well planned.”

When she’s at home, Roco said she destresses by working on her adult coloring books: “I like being able to play with colors, choosing which shades to use. I find it relaxes me, but the easiest thing is just going to my center, and breathing in and breathing out.”

She also likes going to the movies, often alone, and remembered watching director Lav Diaz’s eight-hour film, “Hele sa Hiwagang Hapis” (A Lullaby to the Sorrowful Mystery): “There were only six of us. Even if I napped—and I think I did—when I woke up, the protagonist was still walking around the forest.”

At night, Roco doesn’t have a hard time falling asleep. When she wakes up, she’s grateful—it’s a new day, a resurrection.

“I think I’m the perfect example of someone who lives in the moment,” she said. She credits this to lessons learned from her near-death experience during the 1990 earthquake, when she was trapped under the rubble of the ill-fated Nevada Hotel in Baguio.

“We were there for a seminar on financial management for the NGOs [nongovernment organizations] sponsored by USAID,” she recalled. “The seminar had been postponed twice. I was going to send someone else the first two times it was scheduled, but on the third time, I insisted on going.”

For 36 hours, Roco was surrounded by death and destruction. She lay on top of a dead man’s ankle, and a pregnant woman had been hurled toward her when the earthquake hit.

“I thought this was the end,” she recounted. “I wouldn’t see my loved ones anymore, so I offered everything, surrendered everything to God—my family, my children. Raul’s sister-in-law was also with me and she had just come from a disaster-preparedness seminar in Cebu, but then the disaster hit her. So you don’t really know when you’ll be called—this thing called ‘tadhana.’”

A few years later, Roco went with her family to a resort in Los Baños, Laguna, where there was a pool slide.

“I said I’d try it, but when I got to the top, I got scared. My kids said, ‘Mommy, you already survived the earthquake, bakit pa kayo natatakot (why are you afraid)?” She took the plunge.

Since then, Roco has zip-lined in Bukidnon and Cotabato, clambered on top of a camel and hit the sand dunes in Dubai.

She’s considering writing her memoirs, and has already signed up for a course on memoir writing next November at the Carl Jung Center.

“I’m also planning my year of travel habang puwede pa (while I still can),” she said. “It’s been 28 years and I’m on an extended life. Every moment is sacred. I make the most of it. I live each moment to the fullest.”