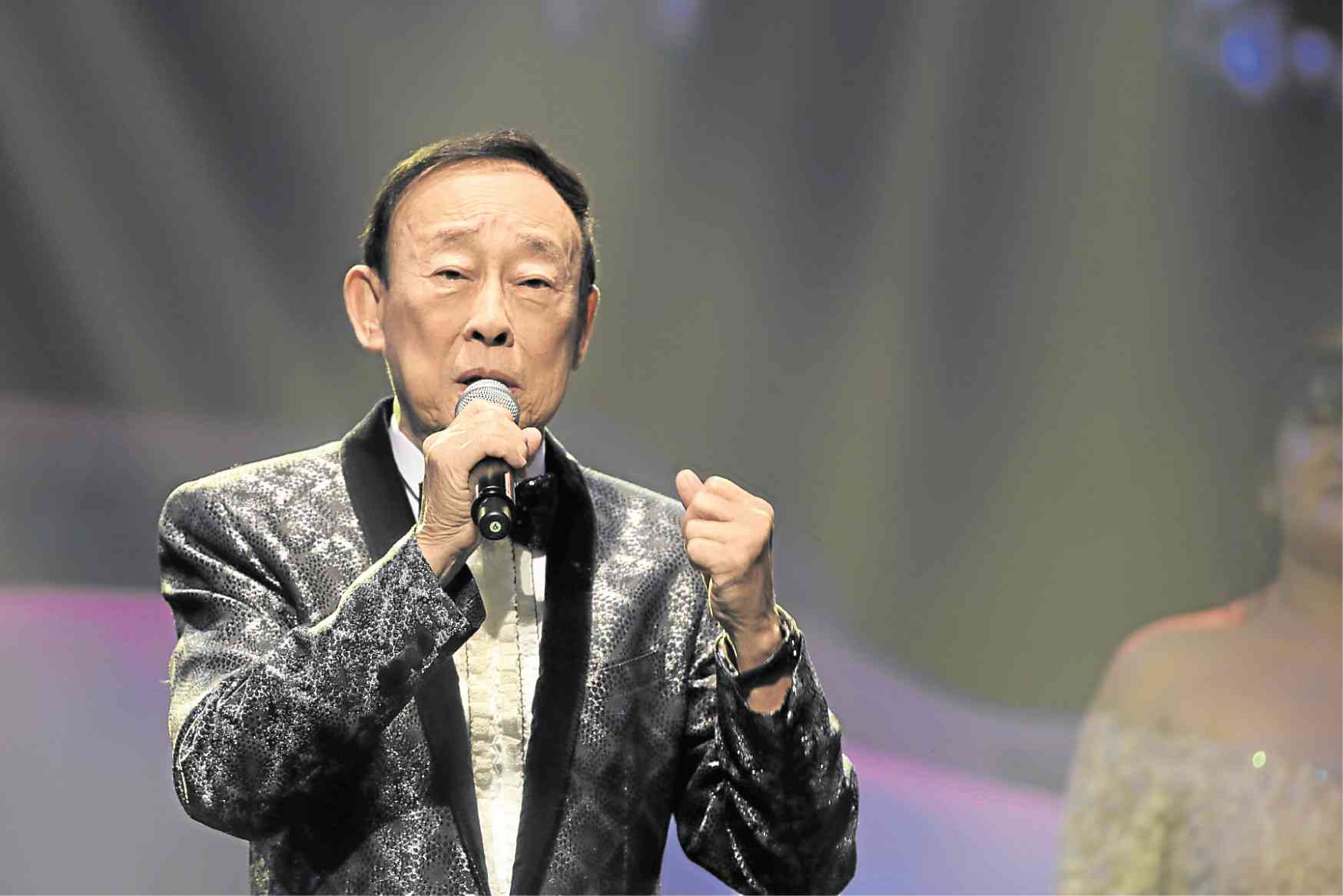 The concert showcased the scholars’ talents: “the power within themselves to ‘breathe music’ to life,” said Raul Sunico, president of KMF.

George T. Yang, founder and chair of KMF, said that singing “empowered” him to “share love with others.” Hence he set up the foundation that has granted voice scholarships to some 60 persons so far in different music schools in Manila.

Yang thanked all who had extended support to the KMF, among them movie mogul Lily Monteverde, ballerina Lisa Macuja-Elizalde and singer Martin Nievera.

Some 20 scholars and alumni performed solo, ensemble and tutti (together) numbers. The program featured opera,  Broadway and musical theater staples.

The scholars delivered intelligent singing expressed in secure intonation, articulate phrasing and sensitive musicality. They still needed honing to bring out the luster in opera singing in the first segment featuring Verdi’s “La Traviata.” But in the non-opera segment they showed brilliance and vocal prowess.

Cloi Sugano was superb in “This is My Beloved” (“Kismet”) and Jade Riccio divine in “The Light in the Piazza.” Jasmin Salvo showed much promise in “Sempre libera” (“La Traviata”) and Miko Galang displayed a polished vocal instrument in “Make Our Garden Grow (“Candide”).

Guest singer was Martin Nievera, who mesmerized the audience with his powerful rendition of a medley of pop and Broadway songs like “Corner of the Sky (“Pippin”), all done in handsome singing.

Yang brought down the house with his debonair tenor voice that soared effortlessly in the high C, especially in Brodsky’s “Be My Love” (popularized by Mario Lanza). He showed a well honed middle register in the Spanish song, “Aranuez,” by Rodrigo and a powerful texture in Puccini’s “Nessun dorma,” with the high note he held for quite a time at the end. He sang with sentiment and capably showed that technique is the servant of interpretation.

Yang told the audience that singing “empowered” him at a rather quite late age, the time when professional classical singers retire.

Elizalde choreographed a number by her Ballet Manila dancers; it added glitter to the show.

Andrew Fernando effectively directed the show. The magnificent lighting was designed by John Batalla, with striking sculptures by Leeroy New.

The chamber ensemble was efficiently conducted by pianist Dingdong Fie, also the musical director. Situated at the left side behind the sculptured set, the chamber ensemble ensured tight collaboration with the performers but minus visual contact. —CONTRIBUTED