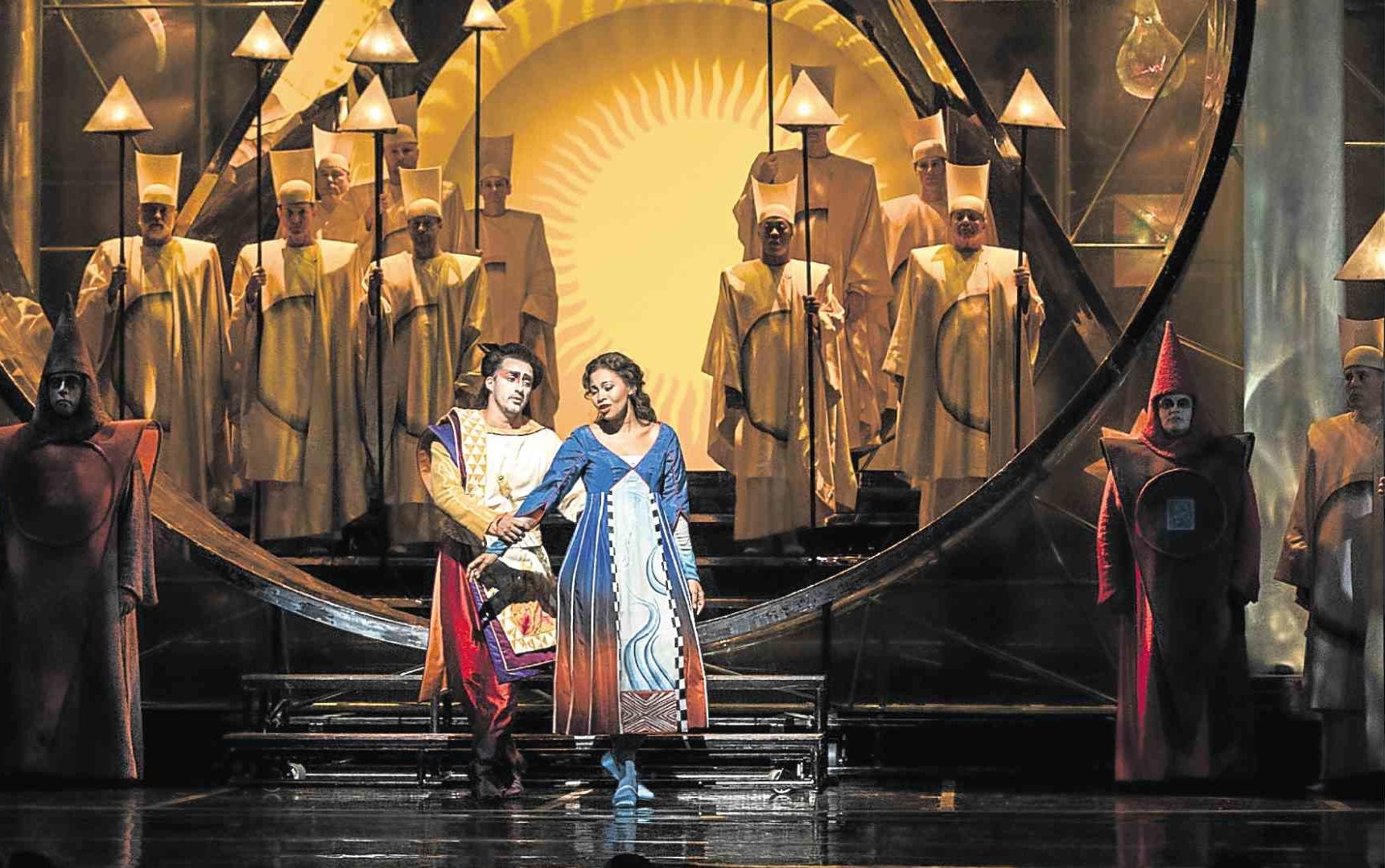 Cultural Center of the Philippines, Metropolitan Opera of New York, and Filipinas Opera Society Foundation, Inc. will open the sixth season of the Met Opera in HD on Jan. 8, 2019 with Wolfgang Amadeus Mozart’s “Die Zauberfl?te (The Magic Flute).”

Featuring the German libretto by Emanuel Schikaneder, “Magic Flute” tells the story of a handsome prince who has been persuaded by the Queen of the Night to rescue her daughter Pamina from captivity.

Accompanied by Papageno, the prince and the princess undergo severe trials, which end in triumph.

Soprano Golda Schultz stars as Pamina, tenor Charles Castronovo as Tamino, baritone Markus Werba as Papageno, and soprano Kathryn Lewek as the Queen of the Night. Julie Taymor’s spectacular production is a classic of the Met repertoire.

The CCP partners with the Met Opera of New York to feature screenings of its operatic productions through the high-definition digital video technology and Dolby sound, recreating the experience of watching an opera production at the Met “live.”

Other productions slated for the 2018-2019 season are: Giacomo Puccini’s Tosca on Feb. 12; Gaetano Donizetti’s L’Elisir D’Amore (The Elixir of Love) on March 19; Giacomo Puccini’s La Boheme on April 16; Mozart’s Così Fan Tutte on May 21; and Vincenzo Bellini’s Norma on June 11.

All screenings will be held at Greenbelt 3 Cinema 3, 6:30 p.m. Tickets are priced at P450 for a single screening. Season subscription is at P2,400 for six shows. –CONTRIBUTED