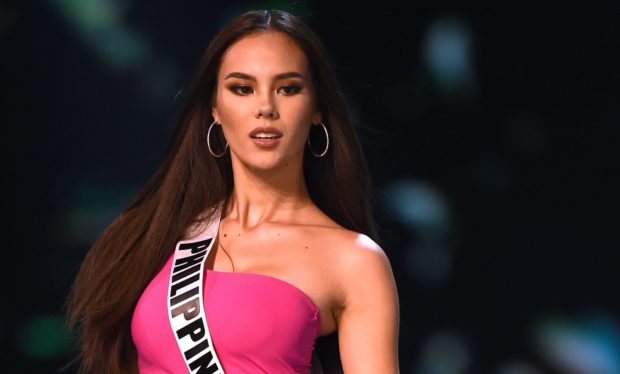 The 24-year-old beauty queen was the second name called by host Steve Harvey at the pageant held in Bangkok, Thailand.

“Working in some of the poorest areas of my country, I found that it was a lack of child support, not poverty, that killed their dreams,” Gray said in her opening statement.

She added: “A child once told me, ‘Cat, that’s just not my life and those dreams aren’t meant for me.’ But I stand here today because someone believed in me and we owe it to our children to believe in them.”

If Gray wins the Miss Universe crown, she will be the fourth Filipina to do so after Pia Wurtzbach in 2015, Margie Moran in 1973, and Gloria Diaz in 1969.

Here’s the list of the Miss Universe candidates who advanced to the competition’s Top 20: