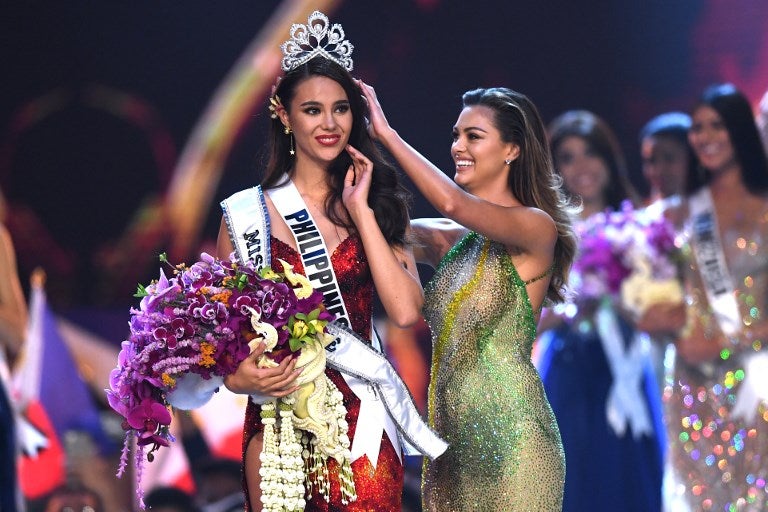 MANILA, Philippines — Former beauty queens of the country joined the celebration after Philippines’ own Catriona Gray was hailed as the new Miss Universe on Monday morning.

Gray’s win led to the fourth win of the Philippines in the history of Miss Universe.

“This is the 4th Miss Universe crown #ForThePhilippines! We’re all so proud of you!” she added.

This is the 4th Miss Universe crown #ForThePhilippines! We’re all so proud of you! 👑 #MissUniverse2018 pic.twitter.com/p7RuKRVQbi

The last time that the country won the said pageant was in 2015, with Philippines’ bet Pia Wurtzbach. /je