Santa's sleigh tips over, suspends him in the air | Inquirer Lifestyle 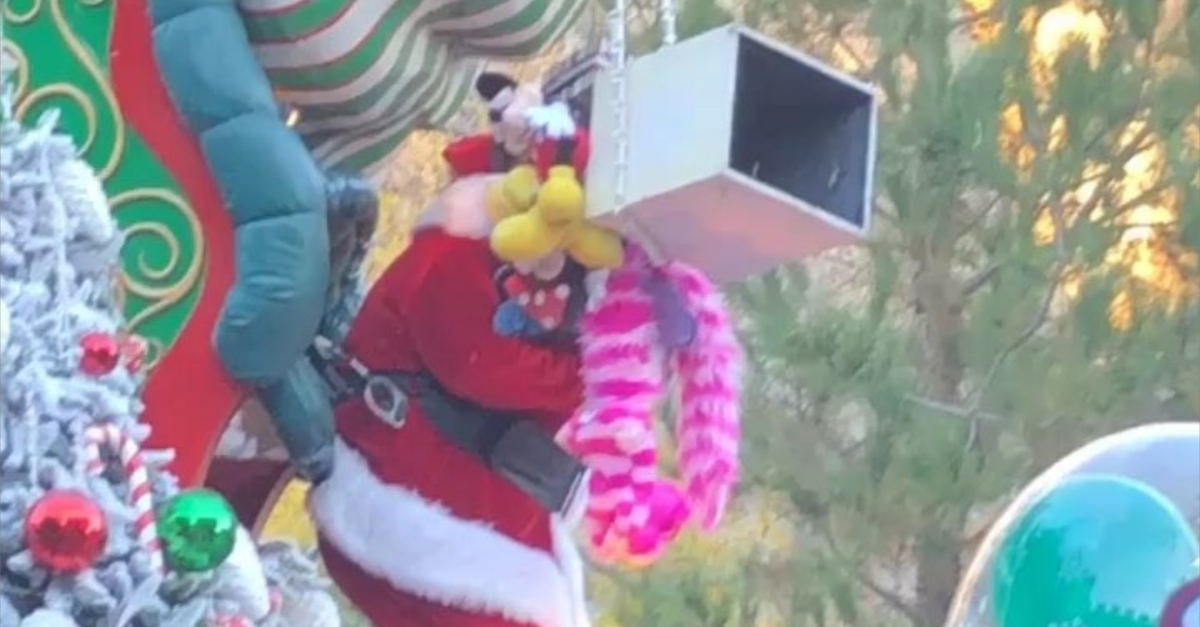 WATCH: Santa’s sleigh tips over, suspends him in the air

As Christmas draws near, children and children-at-heart all around the world are wondering whether they have been good or bad this year — as tradition goes, Santa Clause gives the former gifts and the latter lumps of coal. However, what happens when the jolly, white-bearded man can no longer deliver his presents because his sleigh broke down?

One netizen, Micaela Pettigrew (@elaeuphoria), was one of the lucky theme park visitors to witness the event, as seen via Instagram. However, instead of making her relive her childhood dreams, the parade sparked concern for the well-being of Santa Claus.

Saw Santa almost die at Disneyland today. His sleigh broke and he was hanging by his harness. #disneyland #christmasfantasy #santa #disneylandsanta (For licensing or usage, contact: [email protected])

The unsuspecting jolly, white-bearded man was taken by surprise when his float suddenly collapsed, throwing him out of his sleigh. He was left hanging in his harness and covered in toys until he was rescued by the theme park’s staff.

Santa must’ve fallen off his sleigh somewhere… the sleigh broke. No more eggnog for him!! pic.twitter.com/68XxuYmsk6

One can see that Santa’s sled was tipped over, truly far from its original position as per the official website of the Disneyland Resort.

Despite the mishap, Father Christmas opted to remain professional, Pettigrew said in the comments section of her post. She also divulged that after he was removed from the sleigh, the jolly, white-bearded man continued with the parade route on foot. JB