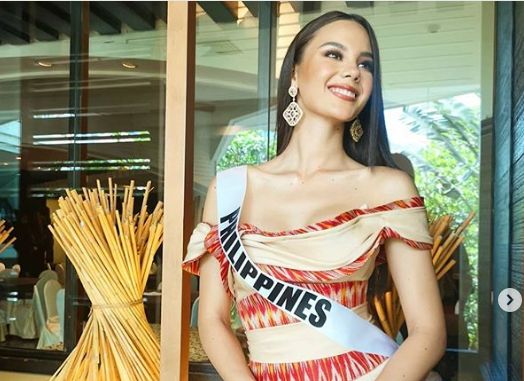 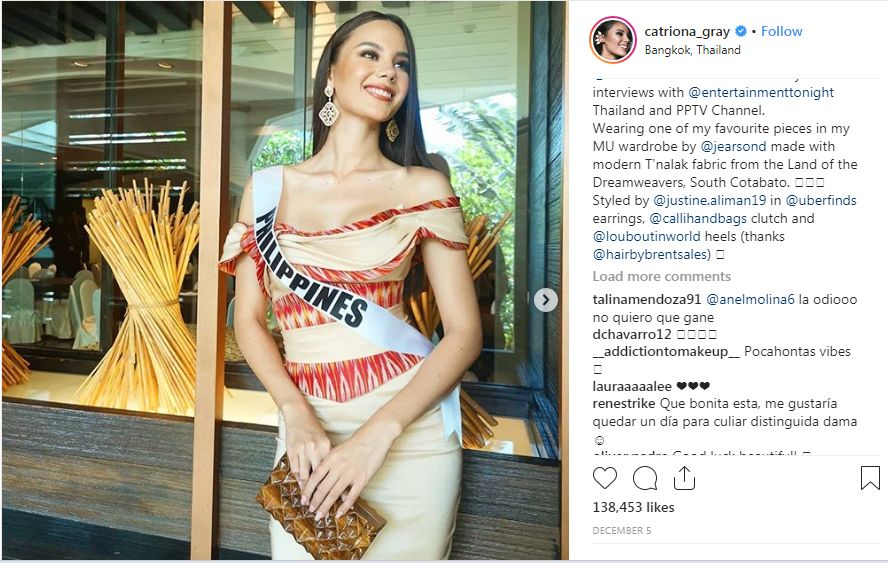 Catriona Gray, once a dreamer and now the Miss Universe 2018, did not only win the crown on Monday but also helped shine a silver lining on an old tradition of dream weavers in Mindanao.

Gray wore the sacred T’nalak fabric in parts of her pageant run, such as in her interviews after the preliminary round.

Moreover, she wore T’nalak accessories, such as the headpiece, in her national costume that seemed to say: this is the Philippines, in all its beautiful and diverse cultures.

But she didn’t just wear these materials, which carried the weight of a culture that has been passed on from generation to generation in the communities around Lake Sebu in South Cotabato.

She, along with designer Jearson Demavivas, went up to the highlands of South Cotabato last July, wherein they consulted the T’boli women of T’nalak Tau Sebu (TTS) on using their fabric and accessories.

This is according to Maria Todi, TTS officer-in-charge and volunteer, who told the Inquirer that the Filipino-Australian followed the group’s strict code of practice.

“We said yes because they listened to us and they are willing to follow our code of practice in using the cloth and any accessories,” she said in a mix of English and Filipino.

This code of practice, Todi said, details how the sacred fabric should be used, such as prohibiting it from being worn as a footwear or even be stepped on.

TTS has recently been certified by the Intellectual Property Office of the Philippines (IPOPHL), which strengthens the market value of their products.

According to an IPOPHL statement on Gray’s use of the T’nalak attire, the products of TTS have a registered collective mark since last year.

A collective mark is used to show membership, distinguishing products that bear the mark from non-members.

Moreover, this is a business tool, increasing the products’ reputation and market price, while giving income to the group who made them, IPOPHL said.

Miss Universe Catriona Gray, graceful even in slow motion, helped shed a light to this indigenous culture, which a few years ago had lost Lang Dulay, master weaver and T’boli princess.

The consultation didn’t just bring further awareness, but more importantly, due respect to a culture made rich not only by its patterns and colors, but also by its history.

“The very act that native T’bolis were consulted, that’s what’s important to us,” Todi said over the phone.

“For me, being a T’boli, it makes me feel proud,” she said, noting how this didn’t just promote the community locally, but even, pun intended, in the universe./ac