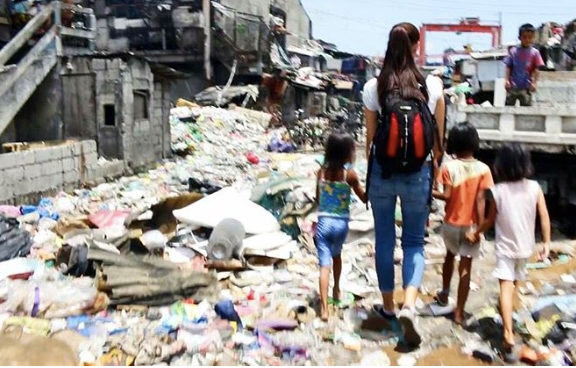 When Miss Universe 2018 Catriona Gray claimed the crown, she brought overwhelming pride to the Philippines.

But when she sashayed on the Miss Universe stage in Thailand, she brought with her on stage her love for children and her advocacy of helping them.

Gray swept the world, or the universe rather, when she nailed the final question and answer portion, focusing her answer on the welfare of children.

The question was: “What is the most important lesson you’ve learned in your life and how would you apply it to your time as Miss Universe?”

Gray answered: “I work a lot in the slums of Tondo, Manila, and the life there is… it’s poor and very sad. I’ve always taught myself to look for the beauty of it, to look for beauty in the faces of the children and to be grateful…”

“If I could also teach people to be grateful, we could have an amazing world where negativity could not grow and foster, and children would have a smile on their faces,” she added.

In her opening statement when she entered the top 10, she also zeroed in on children, saying that it was “lack of child support, not poverty, that killed their dreams.”

“I stand here today because someone believed in me and we owe it to our children to believe in them,” she added.

However, even before joining the Miss Universe pageant, her heart has always been with children.

In 2016, Gray worked at a non-profit organization, Young Focus International, which aimed to “improve the mental, physical, and social well-being of young people in poor communities by means of education, health care, and personal support.”

In 2016, when she competed in Miss World, Gray started a charity project called “Paraiso: The Bright Beginnings Project.”

She helped raise funds to transform an old apartment building in Manila to a pre-school for children from ages three to five.

Last November, Gray dedicated a song, “We’re In This Together,” and its music video to children produced by Young Focus International. /ee