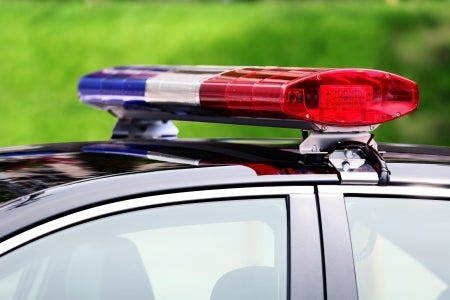 Boy refuses to wake up for school; mom calls up police to escort

What to do when one’s child refuses to wake up for school? For a mother in Michigan, United States, the best way to remedy the situation was to call on the help of the police.

Crystal Towns has grown tired of her 14-year-old son’s inability to wake up early, as reported by WEYI-TV on Friday, Dec. 14. In between working three jobs and caring for her children, she does not have the luxury of time to rouse her son, Zachary, from the bed.

“I don’t have time in the morning to have him missing the bus and not waking up on time because his sister didn’t wake him up or his alarm clock didn’t go up so I had it this morning,” she said in the report. “I told him that if this kept occurring I would have to call the school cop and so that’s what I did.”

When her patience reached its limit with Zachary’s excuses, she made true to her promise to contact the school’s resource officer, which is a cop assigned to the school. The officer came to their house to pick her son up. Zachary was then given a ride to the school in the back of the police car.

“He blamed his sister for not waking him up, and I had it,” Towns was quoted as saying. “So I called the school resource officer to come pick him up.”

“I called [the officer’s] cell phone and he answered and he came and got him, came to the door, knocked then told him ‘I’m here to take you to school and you are riding in the backseat’ and they left,” she added.

Town’s action came as no surprise to Zachary, the report said. The 14-year-old who admitted he is “pretty lazy” and that he likes to sleep in because he spends the nights playing “Fortnite” and other games on his phone, divulged his mother is one of those moms that will do something like that.

“I don’t think I should have pushed my mom’s limits because that’s the 100th time I’ve done it this year,” he said, reflecting on what happened.

Meanwhile, Town remained firm that her decision to call the cops on her son was for the best. “I did what I needed to do I would do it all over again and feel good about it,” she stated.

Town also noted that her son was not a bad kid, as per report. Rather, Zachary was “smart, has a big heart and would do anything for anyone.”

“He wasn’t bad, he just thought he was gonna not go to school again,” she said. Kate Matriano/JB

WATCH: Professor asks police to escort out student for putting feet up on chair