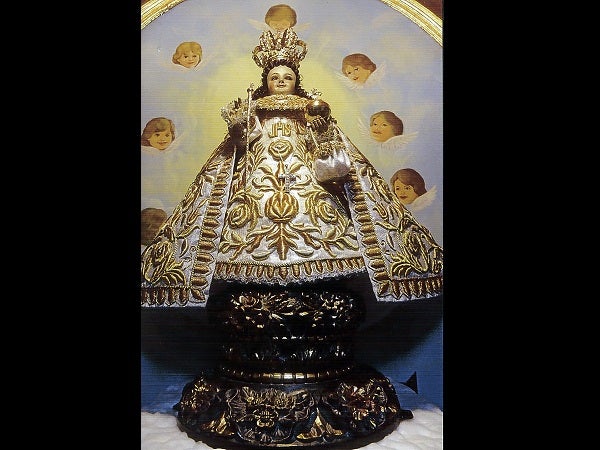 Youth from four barangay in San Ildefonso, Bulacan will join the “Bulak Festival,” a highlight of the town fiesta on Jan. 23. They will help prepare the carrozas for the parade and street dancing on Jan. 22.

La Juventud de la Hermandad de San Ildefonso was founded by Dr. Gil Villacorte. It aims to prepare the next generation of leaders of the church and the community. Launched only last Dec. 8 in San Ildefonso, Bulacan, it cultivates among the youth Catholic values.

The youth are also trained to become self-sufficient through backyard agriculture, develop special skills and talents that will help them to be productive and responsible citizens. The youth headed by Herbert Anthony Roberto come from the parishes of San Ildefonso: Poblacion, Pinaod, Malipampang and the quasi-parish of Gabihan.

San Ildefonso Mayor Carla Galvez Tan will speak during the program on Jan. 22, while Villacorte will speak about the importance of continuing the traditions of San Ildefonso town (formerly Bulak).

Villacorte who came from a poor family, said he focuses on giving scholarships to college students who cannot finish their studies due to poverty. Now that he is both a physician and a businessman, Villacorte wants to give back by making the dreams of youth come true through education.

What is Bulak Festival?

Bulak is the cotton plant that grows abundantly in the heart of the town (hence called Barrio Bulak); it is now called Poblacion.  Bulak Festival is a showcase of its town’s identity, value system, ecological concern and love of God and neighbor.

In the 1980s, the “Halad kay Sto. Niño” concert raised funds for the reconstruction of the Church of the Holy Child inMaayon, Capiz. The late Cardinal Sin was there to give support, recalls Fr. Erno Diaz who is from Maayon. Now, another reconstruction is being planned to make the church bigger to accommodate more parishioners.

Fr. Erno is helping by launching his book, “A Filipino Priest’s New York Diaries,” at the Manila Manor Hotel on J. Bocobo Street, Malate on Jan. 23 at 4 p.m. Publisher is the UST Publishing House.

The Ambassadors of Light will sing. Proceeds of the event will go to the church. There is no price for the book. Donations will be much appreciated. Issue checks to the Parish of the Holy Child (Renovation Movemen).

Painter-scupltor Dondon Awa of Our Lady of Manaoag Religious Articles in Tayuman, Manila was asked by a benefactor to make the new vestment of the Sto. Niño de Providencia for his feast day on Jan. 27.

Dondon said while he painted the eyes of the image, he talked to the image. Dondon said he could feel the oil oozing down the face of the image. When he and his wife Josie Awa put on the new vestment, the Sto. Niño was all smiles, he claimed.

In 1978 when Nila Almoradie of Cavite City became a “medium ” of the Sto. Niño, she asked Rene Santos, a sculptor who was very sick at that time, to make an image which she later named “Sto. Niño de Buena Obra.” The sculptor recovered and is now living in the United States.

The image is part of the Congregacion de Santissimo Nombre del Niño Jesus exhibit ongoing at the PNB Financial Center until Jan. 27.

Philippine Christendom will observe the Feast of “Ina Poonbato” on Jan. 24 at Loob—Bunga Resettlement area in Botolan, Zambales, where the Shrine of Ina is located. The celebration starts on Jan. 23 with a Concelebrated Mass at 4 p.m., officiated by Bishop Florentino Lavarias and Msgr. Chris Cacho VG.  Rosellyn Magsaysay, president of Ina Poonbato Foundation, has led the promotion of the devotion to “Ina” here and abroad for the past 30 years.

Elpidio Caimoy, a Filipino living in Paris and a French citizen was recently ordained a lay deacon, He served his first Mass as a deacon last Oct. 6. He later traveled to Lisieux to inaugurate the Filipino mosaic done by Manny Baldemor at the Basilica of St. Therese of the Child Jesus, His friend Lina Araneta Santiago believes Caimoy to be a true Filipino leader in the Filipino-Parisienne community in Paris.

Let us pray the Joyful mysteries for Panama tomorrow for the promotion of ecologically sustainable practices; for the country to heal from the years of dictatorship; for economic growth from the expansion of the Panama Canal; for authorities to triumph over drug-related corruption; and for conservation and preservation of the rainforest.