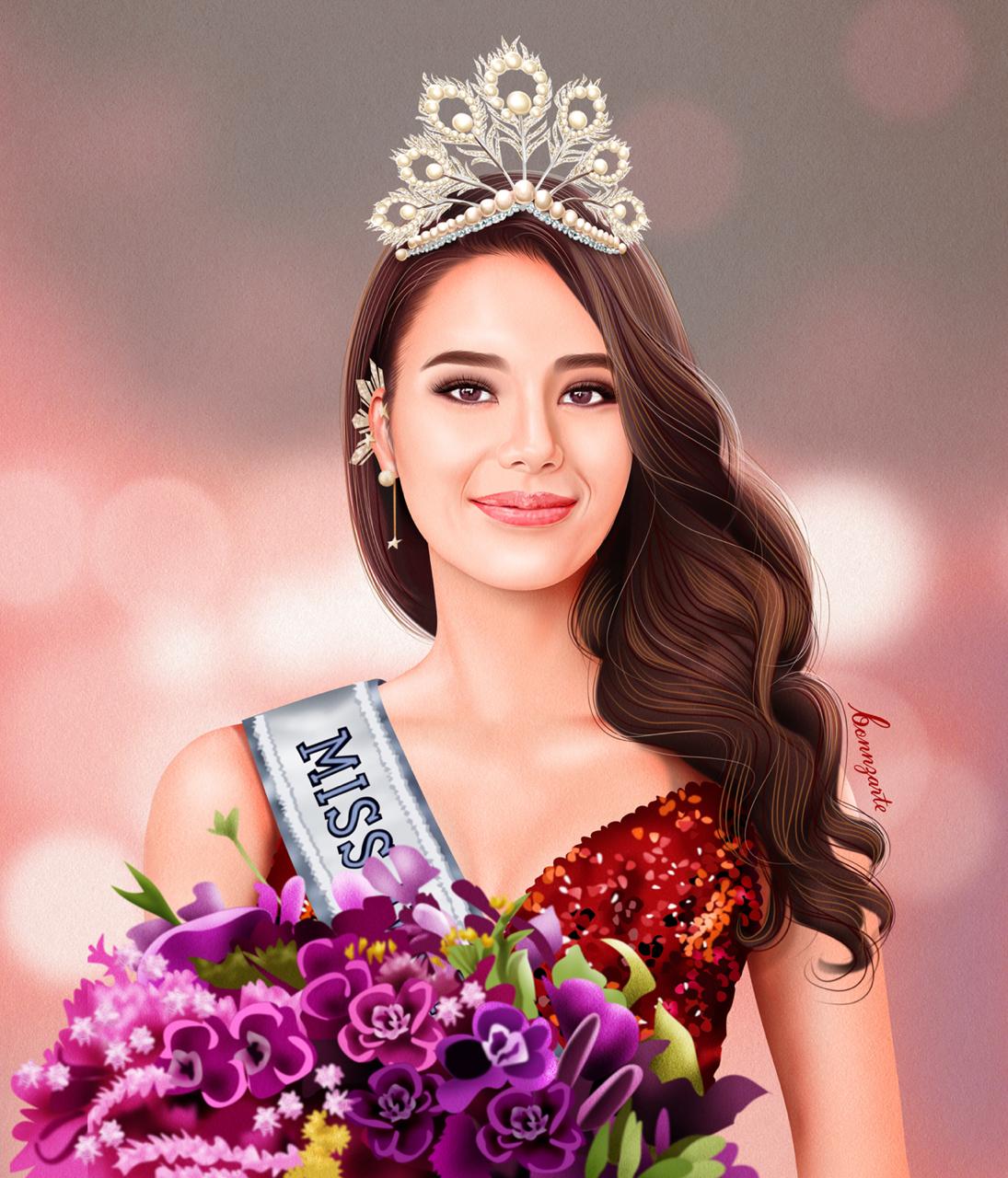 MANILA, Philippines – The fever is still on and fans have honored their creative goddess, Miss Universe 2018 Catriona Gray, with a fitting tribute: artworks.

Fanarts immediately dominated social media after Gray clinched the Miss Universe 2018 crown on Monday in Bangkok, Thailand. Gray is the fourth Filipina to bag the title since Gloria Diaz in 1969.

A standout illustration was from André Manguba, who imaginatively superimposed a low-opacity Philippine flag image on Gray’s portrait.

Graphic artist Josef Sueno, meanwhile, simply got overwhelmed with inspiration brought by Gray’s nationalistic approach in her fight to win the 2018 Miss Universe pageant. During the coronation night, Gray was asked what title would she give to a song she would write for her fellow Filipinos, and she said: “Raise Your Flag.”

Same goes for Gerard Quizon, who sketched an animated version of Gray reflecting her first walk as Miss Universe and subtly showing the Philippine flag to emphasize “Pinoy pride.”