What’s on the plate during Catriona Gray’s flight back home? | Lifestyle.INQ ❮ ❯ 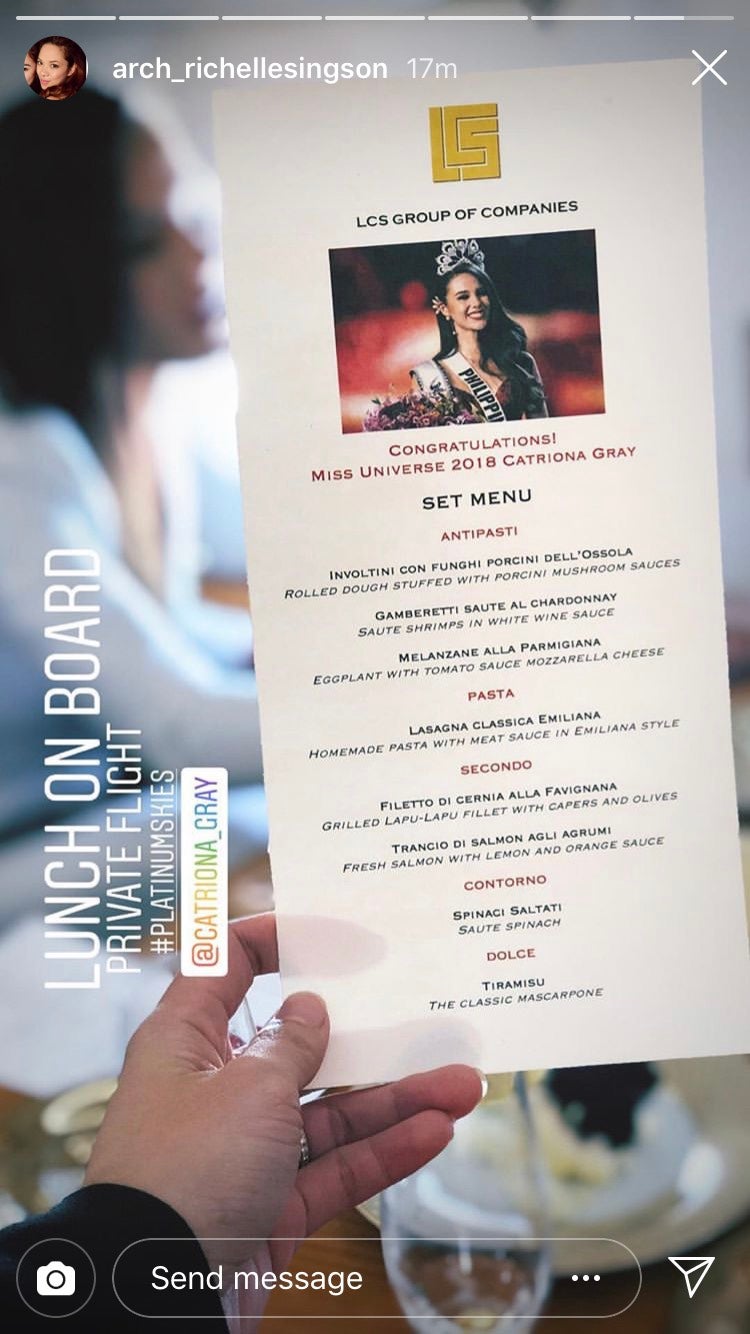 What’s on the plate during Catriona Gray’s flight back home?

MANILA, Philippines — The menu on the flight home of newly crowned Miss Universe 2018 Catriona Gray is surely fit for a queen.

In an Instagram story by architect Richelle Singson-Michael, who accompanied Gray during the flight home on board a private jet, a photo of the inflight menu was uploaded including the off-focus image of the 24-year-old beauty queen in the background.

Singson-Michael, who also served as a judge in the recently concluded international pageant, was with Gray during the three-hour flight from Bangkok to Manila.

The menu is a four-course meal consisting of pasta and grilled lapu-lapu to an italian dessert of tiramisu.

Gray arrived in Manila Wednesday afternoon through a private jet which landed at the Platinum Skies Aviation, Inc. in Pasay City.

READ: Miss Universe 2018 Catriona Gray is back in Manila

Fans and members of the press lined up to welcome the fourth Filipina Miss Universe.