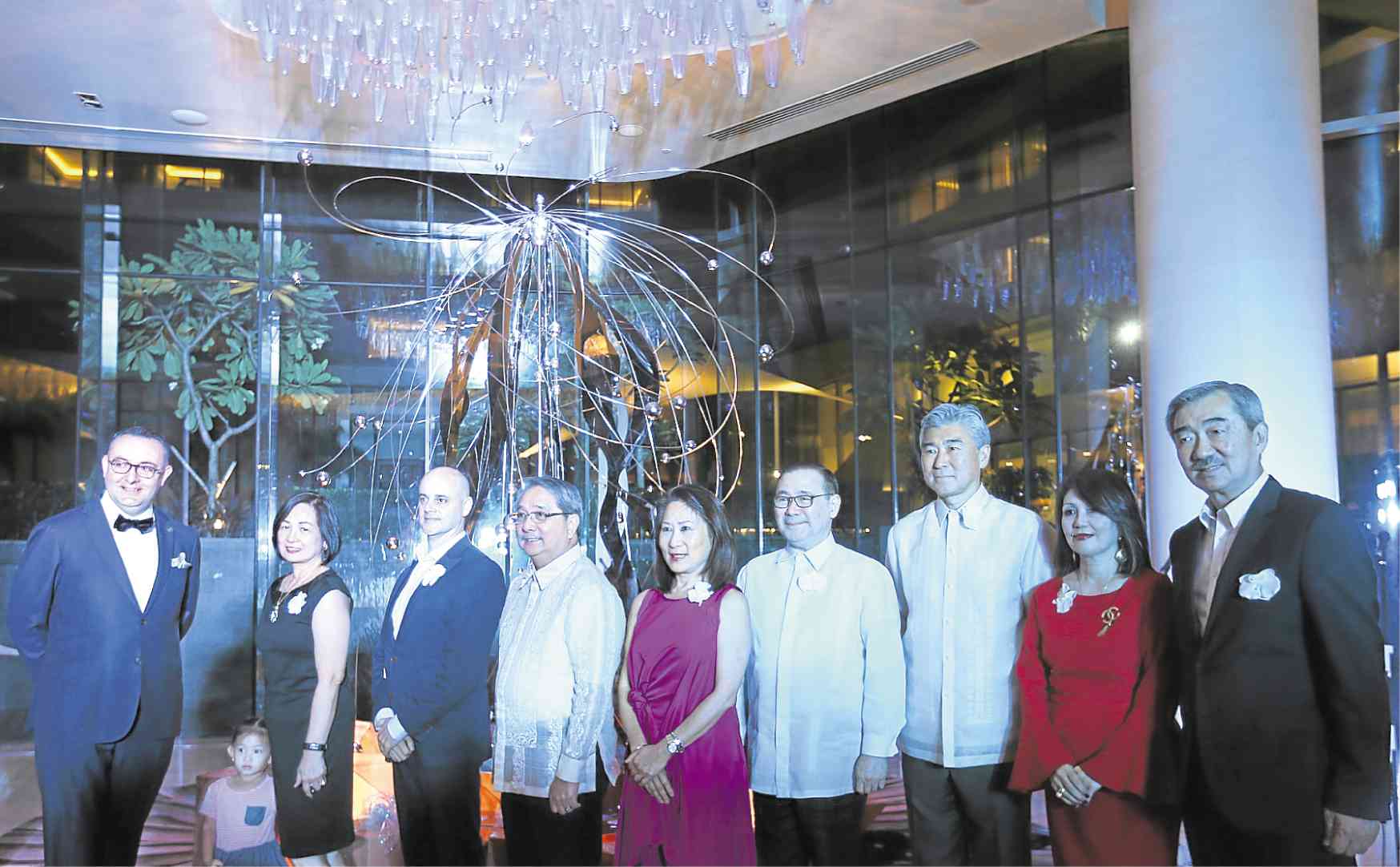 The art piece bears the hallmarks of Pilapil’s works. The tree is made of stainless-steel rods that are bent in different angles, with orbs and rippling sheets of shining metal.

According to the artist, the tree signifies the living energy of the universe, and also represents life, which befits the theme and spirit of Christmas indeed.

“Christmas at Conrad Manila comes with the radiance of the Yuletide spell, reminding us of its true meaning that fills our hearts,” he said.

The ceremony was attended by Foreign Secretary Teodoro “Teddyboy” Locsin Jr., US Ambassador Sung Kim, and Ihoko Haneda, wife of the ambassador of Japan.

They were treated to a musical performance by artists Arman Ferrer, Bianca Camille Lopez, along with the Manila Symphony Junior Orchestra (MSJO) and the Philippine Madrigal Singers.

The concert was held in the hotel’s atrium, where a more traditional-looking, 20-ft Christmas tree was located. Christmas classics were sung by the ensemble group, ending with a stirring rendition of National Artist for Music Ryan Cayabyab’s “Gloria in Excelsis Deo.”

The hotel’s plush doll, Carey the Carabao, is transformed into a unique collector’s edition figure, in white and gold color combo—complete with a Santa hat. It’s available at any of the hotel’s dining outlets for P500. All proceeds will benefit the hotel’s partner charities and organizations that are committed to helping orphans, out-of-school youth, the sick, abandoned, and malnourished children. –CONTRIBUTED