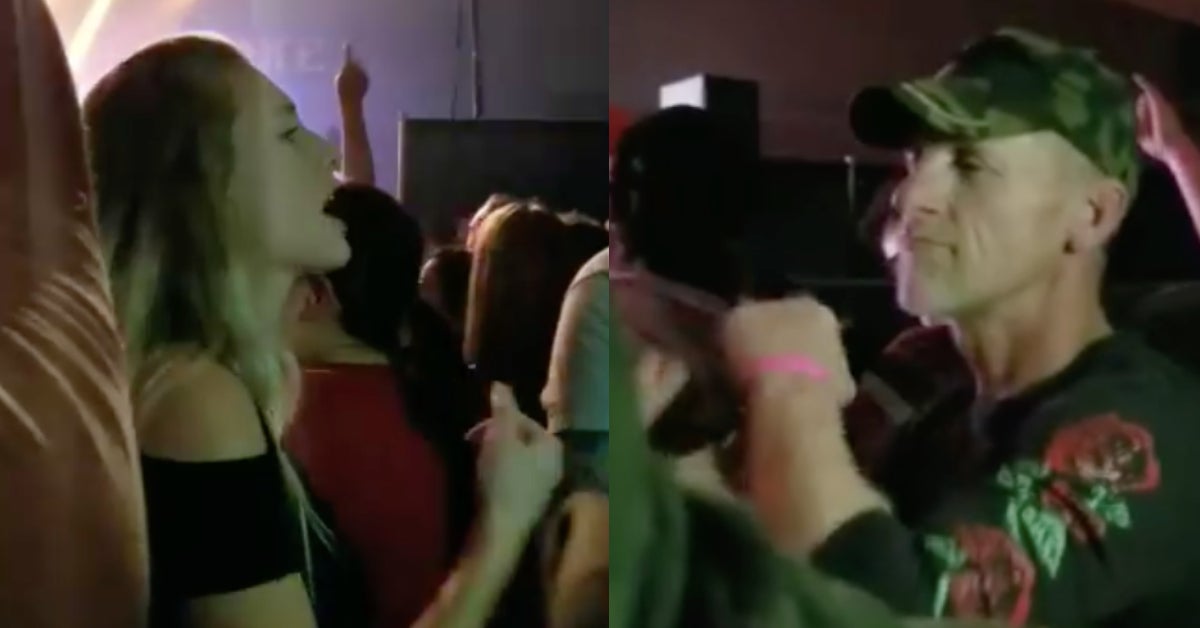 Besides headbanging, one woman at a rock concert in Canada was rapidly signing the band’s lyrics to her deaf father.

Karri Carberry, 19, and her dad, Darrin, attended a concert of the Toronto-based rock band Three Days Grace in Alberta on Dec. 12.

A video on Facebook, captured by concertgoer Jules Maria, shows Karri singing and signing to her dad as the two danced to the song “Just Like You.” The video has over 22 million views as of this writing.

At last night's concert, we witnessed something absolutely beautiful. Keep In mind this was a rock concert (Three Days Grace in Edmonton). We saw this girl and a man who seemed to require a lot of dancing room, irritating at first until we realized what was happening. Her father is deaf, she was signing the lyrics to him. We couldn't care less about what was happening on stage, watching them was absolutely mesmerizing. They were both very sweet and her father was very proud of his daughter. So here's one of the songs, sorry just a crappy snippet of what happened.

“We saw this girl and a man who seemed to require a lot of dancing room, irritating at first until we realized what was happening,” said Jules in the caption. “We couldn’t care less about what was happening on stage, watching them was absolutely mesmerizing.”

The concert was a first for the father and daughter, Canadian news site Global News reported on Dec. 15. The two share a close relationship—Karri is the only daughter among her siblings.

Karri said in an interview that it was her dad who introduced her to the band’s music. When she learned that the group was coming to their city of Edmonton, she invited him to watch with her.

The teen said in an interview that her dad was born deaf and a hearing aid now gives him some capacity to hear. However, hearing a band onstage is difficult for him, considering that his expensive hearing aid is of an old model. While he could hear the music, he couldn’t understand the lyrics.

Karri thought of making his experience more enjoyable by signing the lyrics for him. Darrin was so appreciative of the gesture that he hugged his daughter after each song.

She said she knew that they were being filmed, but didn’t expect their story to go viral.

“It wasn’t really for anyone else—just so that he could enjoy it as much as I did,” she told CBC Radio Active on Dec. 17.

Darrin told CBC, ”It was absolutely beautiful to see my daughter signing in front of me. I was blown away.”

Sign-language interpreters are becoming more commonplace at concerts, whether it’s for rap or heavy metal. Karri hopes that the video will raise more awareness about the situation of deaf people.

She told CBC, “Just because there’s a disability… doesn’t mean that he can’t enjoy music like the rest of us.”  Niña V. Guno /ra