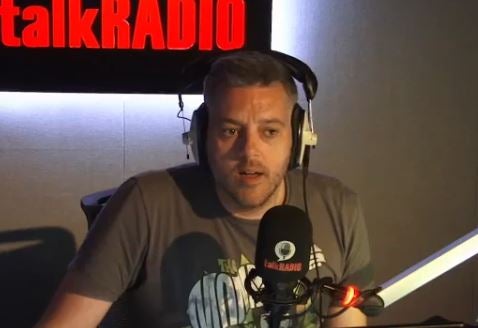 TalkRADIO host Iain Lee kept a suicidal caller, who had overdosed and was lying in the street, on the line for some 30 minutes until the ambulance arrived. The incident happened during Lee’s segment in the evening of Dec. 19, in which the man, identified as Chris, told Lee on air that he had overdosed.

Lee at first could not understand what Chris was saying. Upon discovering he had overdosed and could die on air, Lee kept him on the line to retrieve more information about him, as per Plymouth live on Dec. 20.
Fellow host Katherine Boyle, meanwhile, relayed everything to the 999 operators who then called the police and emergency services.

“I managed to get enough (detail) from him…he kept talking about a nightclub and then we established he was right opposite the nightclub. It was Revolution, (though) he hadn’t been there,” Lee was quoted as saying. “I kept him talking for probably half an hour. I thought he had died because he would go silent for five or 10 minutes. It was horrible.”

Lee stayed with Chris until he was found by authorities. “Initially, he said he didn’t know where he was, what was going on,” he said in a later report made on the same day. “He just said, he wanted to die.”

The police and ambulance eventually arrived and came to Chris’ aid. A spokeswoman from the Devon and Cornwall Police has since shared that emergency services were given to Chris, who was found near Derrys, Cross Plymouth.

Meanwhile, a spokesperson from South Western Ambulance Service said in the report that paramedics treated Chris at the scene and took him to Derriford Hospital for “further treatment.”

Lee took to social media afterward to speak about the harrowing incident, in which he relayed to his fans what happened. He spoke of the intense experience when he thought Chris had died due to the periods of silence during the 30-minute call.

“Long periods of silence where I thought he’d died,” Lee shared. “F*ck, that was intense and upsetting.”

He also expressed gratitude to well-wishers and hope for Chris’ survival.

“Thanks for your kind words,” he said. “I really hope he makes it.”  Cody Cepeda /ra