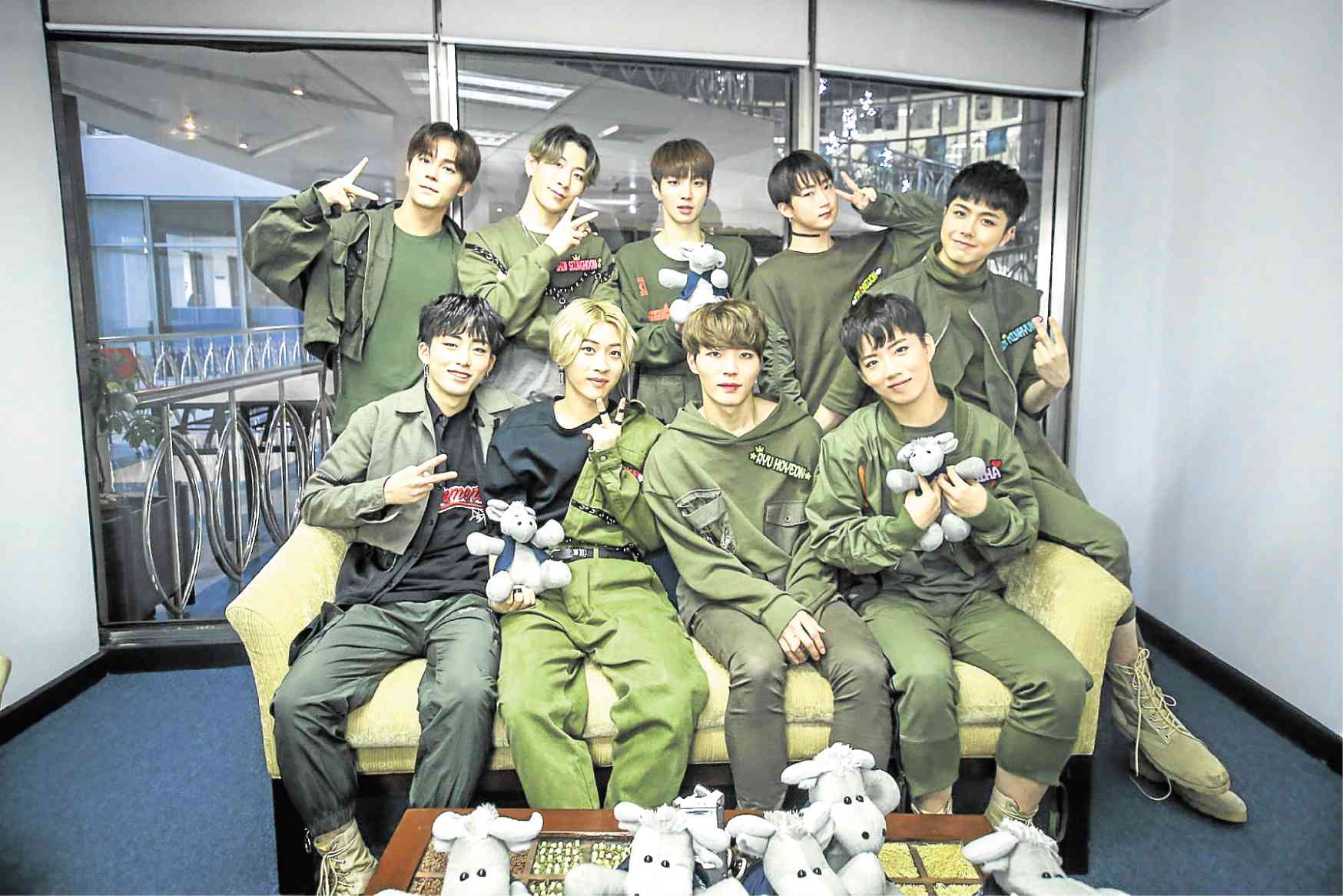 Noir: K-pop gangsters after your heart

What can you say about Noir, a rookie South Korean boy group who went to Manila eight months after their debut? That they have big dreams and they love BTS. And that they wanted to try ripe mangoes and Chickenjoy.

They debuted on April 9 with the album “Twenty’s Noir.” Their title track “Gangsta” introduced them as the gangsters of K-pop. They are willing to do whatever it takes to win your affection.

“We will steal your hearts,” their leader Seunghoon said.

They explained during their debut that they got the name Noir because the concept of being dark and sexy fits them the most. But they turned out to be quite the charmers when Super met them last Wednesday. Off-cam they like to tease each other. They won everyone over. People who work with them the duration of their trip in Manila gush about them.

“They have the perfect skin. There is absolutely nothing wrong with it,” one of their makeup artists told Super.

Six months after their debut they launched their second mini album “Top Gun.” It had six songs including the title track, “Airplane Mode.” The choreography of the song mimics the flight of an airplane. The song, cowritten by Seunghoon, speaks how they will soon fly on Flight N-49. Seunghoon explains the flight number means.

“The letter ‘N’ stands for Noir and ‘49’ stands for our debut date,” Seunghoon said. It was the first time Minhyuk heard about it and he said he got goosebumps listening to their leader’s answers.

They were also the first K-pop group to perform in the InqPop Hangout session. They performed two songs. The first one was “Gift” from their album “Top Gun” and Mariah Carey’s classic “All I Want for Christmas is You.”

They revealed at the InqPop Hangout that they wanted to try ripe mangoes and Chickenjoy. And that they love the boy-group powerhouse BTS. They also said that they are still discussing their fandom name.

Seunghoon initially suggested for it to be “Waru-waru,” which is a Korean onomatopoeia for things falling down. The members like the sound of it but they did not like the meaning. Hoyeon suggested “Boss” because they are gangsters. It was pointed out, however, that it will be weird if in the future they win an award they have to thank their Boss.

They also talked about their impression of our country. They were surprised at the number of fans that they got. They found Filipinos very kind and very friendly.

Super had a game with them where they have to reveal the personality of their group. The game revealed that Minhyuk acts like a mom in their group.

“Everytime we are hungry, he cooks for us. He cooks really good. He can make kimchijeon (pancake) from scratch,” the members collectively exclaimed.

But when it comes to keeping things neat, Hoyeon is the one who ends up cleaning after them. He said that he cannot resist picking the trash after each member.

But before the day ended, Super ticked off one thing from their Philippine bucket list: We bought them Chickenjoy.