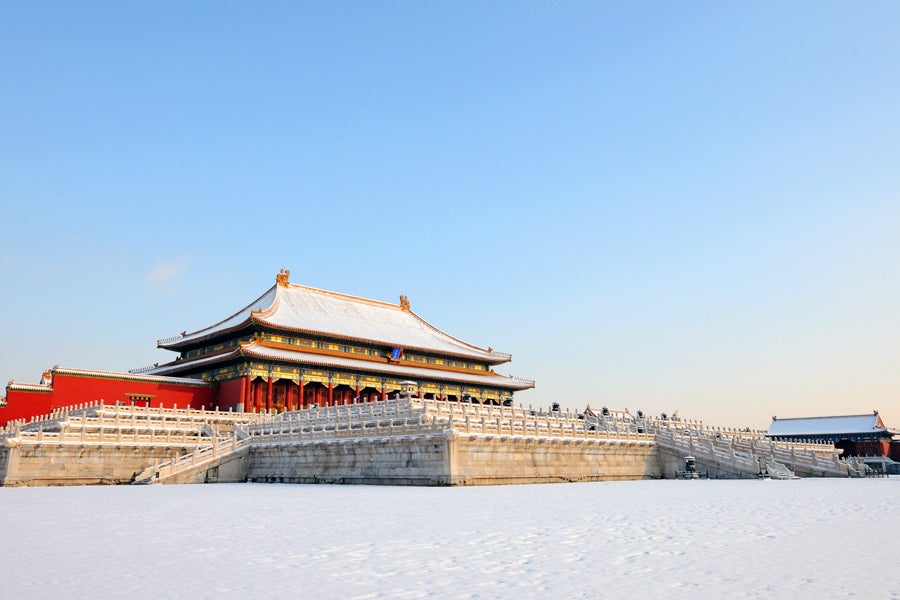 More room to breathe as the Forbidden City thins the crowds

BEIJING — On Oct 2, 2012, more than 180,000 people flocked to the Palace Museum, also known as the Forbidden City, in Beijing, setting a record for the highest number of daily visitors in the institution’s history.

Some of them became exhausted amid the vast crowds lining up in front of the box office, as did security guards.

This presented a major challenge for Shan Jixiang, who had only been in his job as the museum’s director for several months. The potential for a stampede among such large crowds had given him sleepless nights.

In 2012, the number of visitors to the museum exceeded 15 million for the first time.

But the crowds not only posed a hazard to themselves, but also to the precious cultural relics, Shan said.

He is the first director of the museum to visit each of its 8,000-odd rooms. Even in ancient times, the emperors never did this. Shan made his visits not only to check the condition of the relics, but to see how visitors’ experience could be improved.

Although the former imperial palace, which is the biggest in the world, covers 720,000 square meters, in 2012 only 30 percent of this area could be accessed by the public.

Some rooms that had not been opened for decades were used as “lockers”, and were strewn with items ranging from construction materials to daily necessities from imperial times.

Compared with the vast crowds in the main areas, Shan found that many of the exhibition halls alongside the palace’s two wings were almost empty. Although the number of daily visitors could easily exceed 100,000 in the peak season, only a few thousand arrived in the winter months.

Based on this, he promoted a series of reforms over five years to ease the crowds and “restore some dignity”.

As a result, a cap on visitor numbers was set in June 2015, allowing 80,000 people a day to enter the museum. Visitors were also encouraged to buy tickets in advance online.

Only about 15 percent of visitors bought tickets online in June 2015, but the proportion rose to 40 percent the following year. As of August last year, it stood at 77 percent.

Shan announced the closure of the ticket office in October last year. Since then, tickets have only been available through the palace website or mobile payment channels, although this decision faced criticism from those who were unfamiliar with the internet.

Shan is determined to further balance visitor numbers, and has said a new policy may take effect next year to sell entry tickets for different times of day.

Statistics for the National Day holiday in October showed that an average of 7,000 visitors entered the museum between 10 and 10:30 am, but the number fell below 3,000 between 1:30 and 2 pm.

Many of the “lockers” at the museum have been cleared and transformed into exhibition halls. The second floor of the Meridian Gate and Gate of Devine Prowess－or the southern and northern gates－opened as new galleries in 2015 and last year respectively.

When moving some large artifacts presents difficulties, Shan decides to turn the space housing them into halls or galleries. For example, Nandaku, or the Grand Southern Warehouse, which houses more than 2,000 pieces of ancient furniture, opened as a gallery in September.

The new exhibitions attract visitors to the museum during the low season, easing crowds in the complex’s alleyways.

More than 80 percent of the Forbidden City’s area can now be accessed by the public, and Shan said this will eventually reach 85 percent.

All areas of the palace suitable to be opened to the public will no longer be off-limits, he said.

On Dec 13, the number of visitors to the Palace Museum this year exceeded 17 million, setting another record.