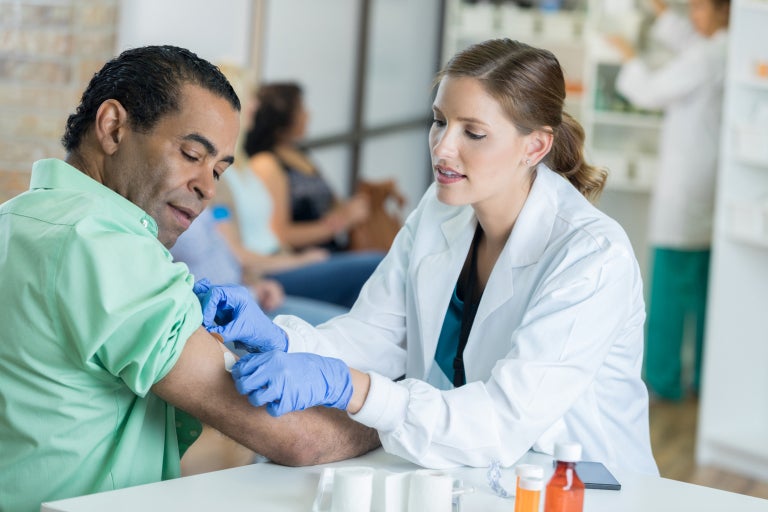 New European research has found that getting an annual flu shot could help save the lives of heart failure patients during the winter months.

Carried out by researchers at the University of Copenhagen in Denmark, the new study looked at data gathered from 134,048 individuals with newly diagnosed heart failure who were followed for a period of 12 years.

The findings, published in the American Heart Association’s journal Circulation, showed that the heart failure patients had an 18 percent reduced risk of premature death if they got the annual flu shot compared with the risk of those who skipped the flu shot.

The results also held true even after the researchers had taken into account other potentially influencing factors such as medications, other health conditions, income and education.

In addition, regular annual flu shots following a heart failure diagnosis were associated with a 19 percent reduction in both all-cause and cardiovascular death when compared with no vaccination.

However, the researchers also found that the timing of the flu shot appeared to make a difference to the risk reduction, with a greater reduction in cardiovascular and all-cause death found when patients received the vaccine earlier in the flu season during September and October rather than later on in November and December.

The findings could be significant as contracting the flu can be serious or even fatal for patients with heart failure, as these individuals are often older than 65, have problems with circulation and other health issues, and infections such as influenza could make heart failure symptoms worse.

Lead author of the study Daniel Modin also pointed out that although the new study only looked at the effect of the flu shot on patients with newly-diagnosed heart failure, the annual shot is likely to offer some level of protection to all patients with heart failure.

Giving to others this holiday season could bring long-lasting happiness