Painting stolen in WWII is heading from US to Ukraine | Lifestyle.INQ ❮ ❯ 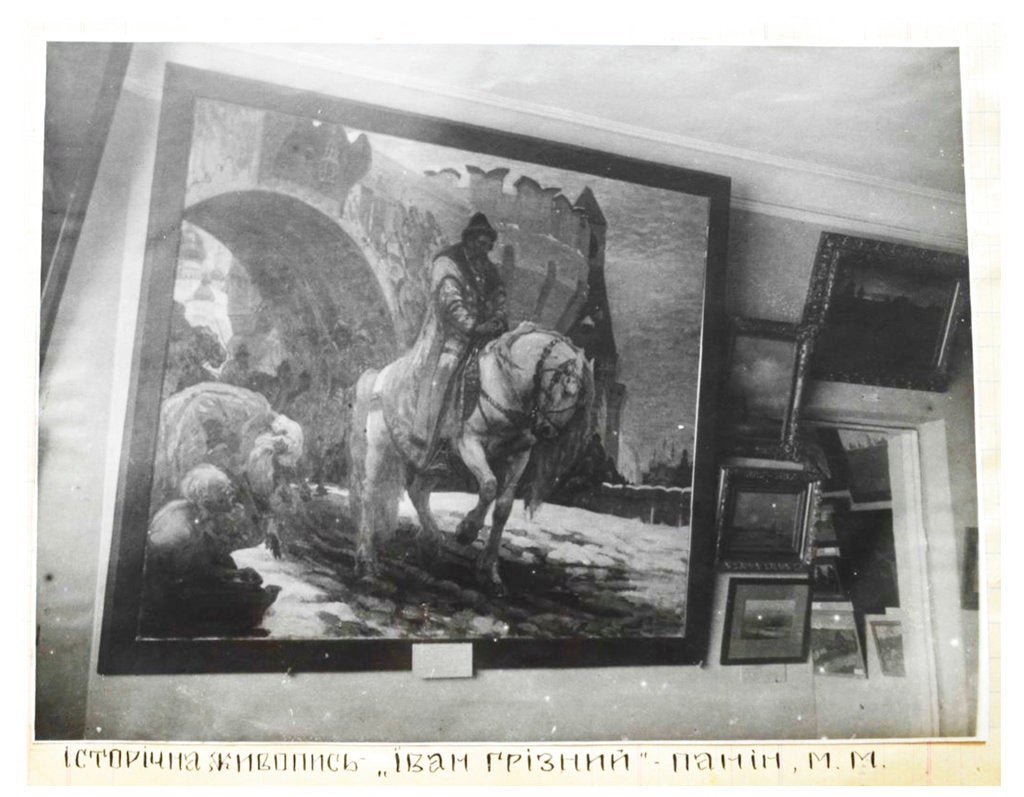 A painting that was stolen during World War II and later spent decades in a Connecticut home will be returned to an art museum in Ukraine, according to the United States and Ukrainian officials.

The Federal Bureau of Investigation (FBI) seized the painting after a retired couple in Ridgefield transported it to Washington, D.C., to be auctioned last year. The couple, David and Gabby Tracy, had long cherished the painting but figured it was a copy, not the signed original.

It had been left behind in a Ridgefield home that David Tracy bought in 1987. The previous couple in the home said the painting was already there when they purchased the house from a Swiss man in 1962.

When Tracy and his wife moved to a different house in the area, they paid $37,000 to add a sunroom big enough to display the painting.

“This painting was a beautiful painting, and we treasured it,” Gabby Tracy, 84, told The Associated Press on Saturday. “You couldn’t help but admire the fine painting, what detail was in Ivan’s face.”

But as they made plans to move to a condominium in Maine last year, they realized the painting wouldn’t fit. They hired an auctioning company near Washington to sell the work, which was appraised at about $5,000.

After the auction house added the painting to its catalog, though, an employee received an urgent email from an art museum in Ukraine.

“Attention! Painting ‘Ivan the Terrible’ was in the collection of the Dnepropetrovsk Art Museum until 1941 and was stolen during the Second World War,” the email said, according to court documents. “Please stop selling this painting at auction!!!”

The museum identified the painting as a 1911 work by Mikhail Panin, titled “Secret Departure of Ivan the Terrible Before the Oprichina.” It was a permanent exhibit at the Ukrainian museum until 1941 but disappeared during the Nazi occupation of the city.

FBI officials took custody of the painting and later traced it to the Swiss man who sold the Ridgefield home in 1962. Officials didn’t release his name but said he moved to the U.S. in 1946 after serving in the Swiss Army. He died in 1986. Gabby Tracy said it’s unknown how he obtained the painting.

After learning it had been stolen, the Tracy couple agreed the painting should be returned to Ukraine. The story particularly moved Gabby, who was born in Slovakia and survived the Holocaust. Her father, Samuel Weiss, died in a concentration camp.

“There was never a question that it was going back. It’s just sad that we had to go through this experience,” Gabby said. “It’s ironic that I should have been so worried about keeping this painting safe.”

Federal officials filed paperwork Thursday formally passing the painting from the FBI to the U.S. District Attorney’s Office in Washington, which is turning it over to Ukraine’s embassy.

“The looting of cultural heritage during World War II was tragic, and we are happy to be able to assist in the efforts to return such items to their rightful owners,” U.S. Attorney Jessie Liu said in a statement Friday.

Officials at Ukraine’s embassy thanked the Tracy couple and U.S. officials who helped recover the painting. A statement from spokeswoman Natalia Solyeva said it’s the first time the two nations have worked together to recover stolen cultural goods.

“The Embassy of Ukraine was excited to work with its American partners on the case of returning the painting to its rightful owners — the people of Ukraine,” the statement said. KM