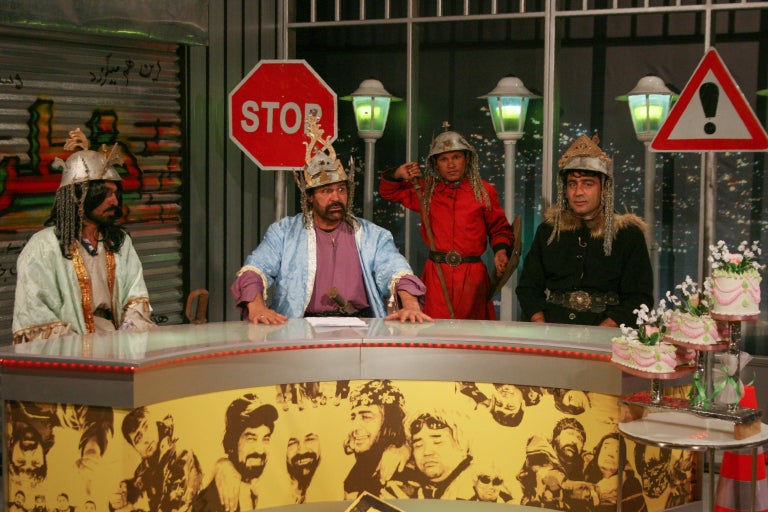 Afghanistan mourns death of comic who mocked the powerful

Afghanistan has been mourning the death this week of one of its most treasured celebrities, comedian Hanif Hamgam, known for ridiculing the powerful in a region where poking fun at warlords is no laughing matter.

Hamgam’s daily show “Zang Khatar” (The Alarm Bell), which aired on Afghanistan’s largest private TV channel Tolo from 2007 to 2013, was so popular that squadron leaders on the front line against the Taliban would demand televisions so as not to miss an episode.

“After the fall of the Taliban (in 2001) and freedom of media, his show was the first that critically looked at important issues,” his old friend and Zang Khatar colleague Nehmat Haidari told AFP.

“He had a big impact on society, even people in remote areas knew him,” he says sadly.

A 56-year-old graduate of Kabul Theatre and Art School, Hamgam died on Saturday from a long illness.

Politicians, artists, civil servants and fans risked security fears on Monday to attend a religious ceremony marking his death in Kabul and express their condolences to his family.

A large portrait of his round face, thick beard and mischievous eyes hung on the mosque’s facade.

On the poster, an old Persian poem reads: “The man does not die in death… Once a name is popular, it never dies easily.”

The commander of the Kabul garrison, Murad Ali Murad, arrived amid shouting sirens and an imposing military escort to praise a man who “fought through comedy.”

“All the government officials were watching Zang Khatar and were trying to fix the flaws brought up by the show,” he said.

“We have lost one of our best comedians,” said director Salim Shaheen, who became a hit at Cannes in 2017 for his starring role in the documentary “Nothingwood”, and who directed Hamgam in his film career.

Hamgam’s show awakened many people to their rights, Shaheen, known as the “Afghan Spielberg”, continued.

“Zang Khatar would also target powerful and corrupt officials. (Hamgam) was on the front line… His life was threatened several times by such officials, but he strongly fought them all off. The legacy of such men lives on.”

A need to laugh

The fall of the Taliban and the influx of funds from the international community paved the way for a media surge in Afghanistan.

In a country rife with corruption and battered by war, many turn not to officials or MPs for justice but to the media and satire such as Hamgam’s.

According to the Afghanistan Media Support Center, NAI, the country now has 100 television channels, 250 radio stations and nearly 200 newspapers, enjoying better freedom of expression than some of its neighbors.

“In many countries, there aren’t many jokes directly targeting senior officials but here almost all our jokes are political,” says Nabi Fakhri, another of Hamgam’s long-time associates.

Hamgam spared no one: not the Taliban, American military, politicians or businessmen, even his own boss.

“We would get threatening calls after each show, but we were determined to target them with our comedy,” Fakhri said. “That is how we tried to solve people’s problems.”

The people of Afghanistan need to laugh more than anything else, agreed Seyar Mateen, one of the comedians starring in Tolo TV’s new comedy show Shabake Khanda, and Hamgam’s son-in-law.

“He was making people laugh… and some cry for laughter.” JB