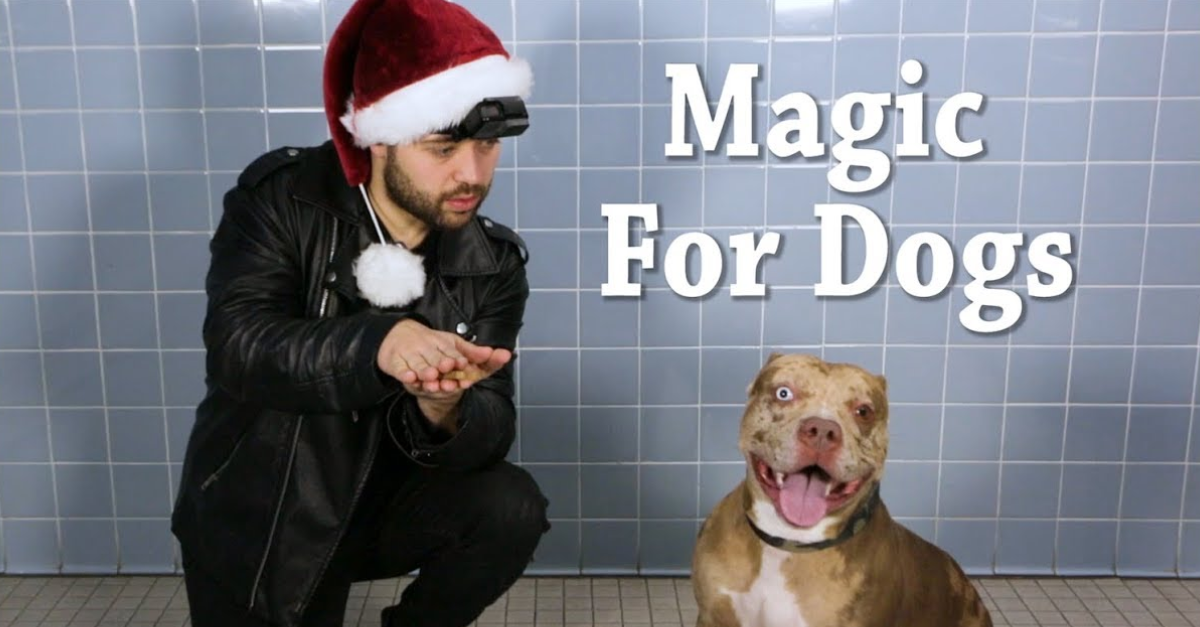 Dogs are said to be man’s best friend — there is a special bond that ties humans and canines. But there are times when these fluffs of sunshine cannot understand human ways, as in the case for some shelter dogs who were recently baffled by a magic trick performed by a magician.

In a bid to help get the dogs of  Town of Hempstead Animal Shelter in New York to be adopted, TBS called on the help of magician John Stessel, as seen via the network’s official YouTube channel on Dec. 17. Stessel was tasked to bring the joys of the holidays to the dogs, while showing viewers how loveable the dogs are.

The video, which had gone viral, has garnered over 1.6 million views and 2,800 comments, as of this writing.

The magic trick involves Stessel showing the dog a treat in his hands. Once the dog sees the food, Stessel will close his hands momentarily, before opening them again, to show the treat gone.

One of the dogs, Ruckus, looked at the direction of the camera crew after the trick as if bewildered, before running away. Prince, another dog, began smelling Stessel’s body when the magician’s hands came up empty.

Luna, a cute puppy, sat obediently after Stessel’s game, probably thinking she will be rewarded for doing so. When Stessel refused to hand the treat, the dog bit on the cotton ball at the end of the magician’s Santa hat.

When Cali discovered the deceit, it was not happy. The dog walked out before coming back again to bark at Stessel, as if questioning the magician for the cruel trickery.

Teragon, meanwhile, appeared to not be bothered by the missing treat. Shortly after discovering the food was gone, the dog immediately laid on its back, as if asking Stessel for a tummy scratch.

The smallest in the bunch, Bebe, however, had the sassiest reaction to the magic trick. Right after discovering s/he was duped, the dog walked away as fast as it can. JB