The Prado at 200: A year of celebrations ahead | Lifestyle.INQ ❮ ❯ 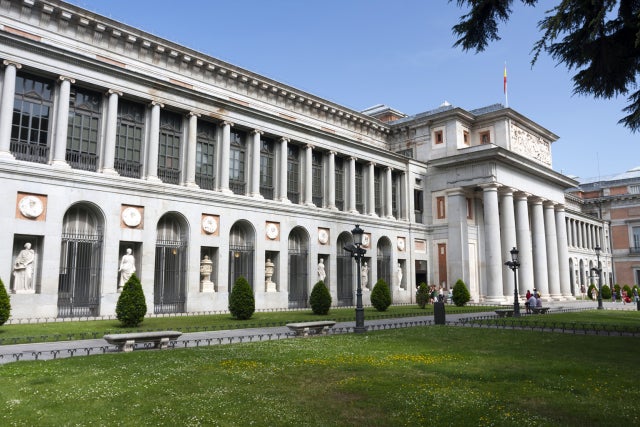 The Prado at 200: A year of celebrations ahead

Madrid’s Museo del Prado will be celebrating its 200th anniversary throughout the coming year. Read on for highlights of its bicentenary program, with exhibitions focusing on Goya, Giacometti and Fra Angelico among them.

The Museo del Prado opened its doors on November 19, 1819, known then as the Royal Museum of Painting and Sculpture.

In anticipation of its 2019 bicentenary, the museum kicked off a commemorative exhibition on November 19 of this year that surveys the museum’s entire history. “Museo del Prado 1819-2019: A place of memory” runs through March 10 and serves to launch the Prado’s extensive 200th anniversary program, which includes a host of temporary exhibitions that serve to highlight the museum’s connections to the greater art world.

On now and running through January 6, 2020, “Art and Myth: The Gods in the Prado” offers an overview of classical mythology and its representation in art from the mid-first century BC to the late 18th century, drawing on the richness of the Prado’s collections.

Starting April 2, “Giacometti en el Prado” will show works by the 20th century Italian artist, who never visited the museum himself, in dialogue with works from the Prado’s collection that inspired his own.

On May 28 the museum will open “Fra Angelico and the Rise of the Florentine Renaissance”, focused on “The Annunciation”, which is being newly restored in time for the bicentenary.

On June 26, the museum will unveil a collaborative exhibition with the Rijksmuseum in Amsterdam on late 16th- and early 17th-century Dutch and Spanish painting, including works by Velásquez, Rembrandt and Vermeer, that will compare and contrast pictorial traditions in Spain and the Low Countries.

On November 1, just ahead of the exact anniversary date, the museum will inaugurate a new feature in its permanent display called “Prado 200”. The installation will be presented in nine chronological sections and will include works of art and documentary material from the Prado’s permanent collection.

One of the final exhibitions on the Prado 200 calendar opens on November 19 and focuses on a keystone of the museum’s collection: drawings by Spanish artist Goya (1746-1828), more than 100 of which will be shown as a chronological survey that ties in which the creation of a new catalog of the artist’s drawings. CC