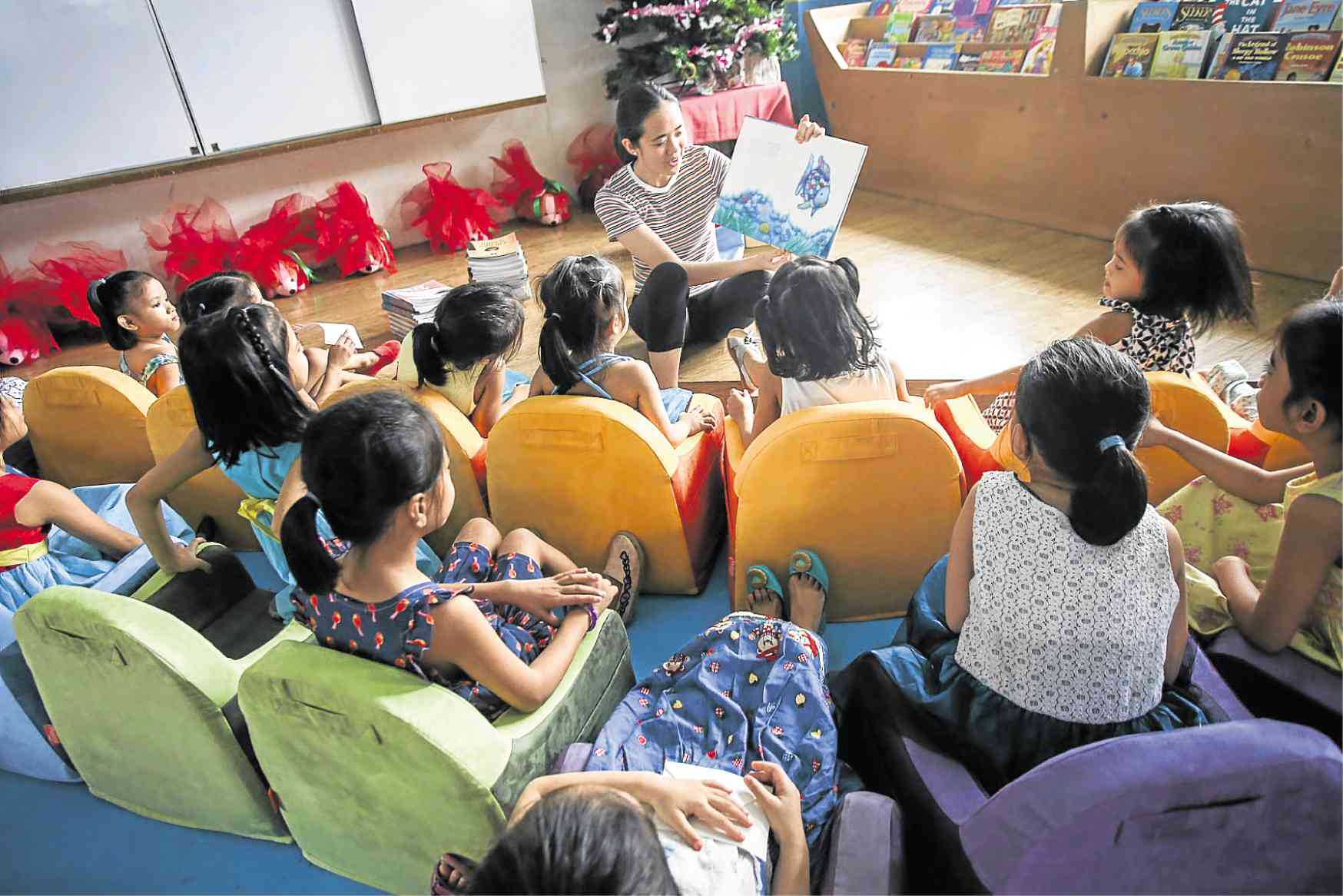 Christmas was still four days away, but when Alexis Lopez woke up that morning, she felt that it had already come. For today was the day she would finally give the gift she had made for her friends at the White Cross orphanage.

She could almost see them now, the little girls aged 6 to 8, all dressed in their Sunday best for this special day. They would swarm around her, excitedly tugging at her shirt-tails, hugging her legs, squealing her name: “Ate Alexis! Ate Alexis!”

She would wait until they were seated in their little chairs in the White Cross playroom, and when they had all quieted down, she would open the package and show them the gift she had made especially for them. She hoped they liked it as much as she enjoyed making it.

She had been working on it for months, and now it was finally ready.

Alexis has been coming to White Cross since she was in 8th grade, and that was already four years ago. It was her grandmother, Connie Rufino Lopez, who first brought her here.

Lola Connie had been president of White Cross since way before Alexis was born, and like her grandma, Alexis also found a place in her heart for the orphans who had found a temporary home there.

She called them “orphans,” although in fact, not all of them had lost their parents. Some had been abandoned or given up by parents, who for one reason or another, were unable to raise them. For these children, White Cross was home, at least until they found a family who would adopt them.

Alexis had grown up in a very loving family. She wanted other kids to be able to experience what that was like while they were waiting to be adopted.

As the big sister of her family, she grew up telling stories to and playing with her younger siblings. Being a big sister to the orphans at White Cross—Ate Alexis—came naturally to her.

She started by holding a theater workshop for the orphans. Alexis belonged to the drama group in her school. She had been acting in school plays since the 8th grade. She was normally quiet and shy, and loved nothing more than to be with her books. But onstage, she became a different person. Even her parents were amazed at the transformation.

The orphans enjoyed learning to act. Although they attended public school while they were at White Cross, creative self-expression was something new to them.

They also loved it when Alexis read books to them. It was these storytelling sessions that gave her the idea for her gift.

One of the girls in her reading group at White Cross had been adopted by a family in Spain, and while the girl was glad she would finally have a home, she was also a little scared to be going so far away.

Alexis wanted to reassure her that it would be all right, and the best way she knew how was to tell her a story. And so she sat down at her desk and started writing.

Since childhood, Alexis had always loved reading storybooks. When she was 6 or 7, she started writing her own. Writing, she found, was a good way of sorting out her thoughts and feelings about things. It made things clearer, and made her feel better.

Four years ago, when her beloved 4th grade teacher Mrs. Z. passed away, Alexis wrote a poem that expressed everything she wanted to tell her late teacher, and turned it into a book she called “The Gift of Wings.”

It was about finding hope after losing someone. Writing it helped her cope with the emotions she was going through, and made her feel less sad.

She decided to write her second book, which she titled “Jodie’s Journey,” for the girl who was on her way to Spain. Alexis hoped it would make her feel less apprehensive and more positive about starting a new life.

Like the girl, Jodie was an orphan who had been adopted by the Garcia family from Spain. The story takes place just before she leaves, as the kindly Mrs. Lina, who runs the orphanage, prepares her for her journey.

Mrs. Lina shows Jodie pictures of her adoptive parents, and of the house where she would live. Jodie even learns a few phrases in Spanish to tell her new parents: “Mi nombre es Jodie. Estoy feliz de conocerte. Os quiero Mama y Papa.”

The story ends when the Garcias arrive in the orphanage to pick Jodie up. She bids Mrs. Lina a tearful goodbye, sad to be leaving her friends behind, but also excited by the thought of the new life that waited for her in Spain.

When the White Cross girls had quieted down and settled in their chairs, Alexis began to read “Jodie’s Journey” to them. As she read the words she had written, she looked at the rapt faces of her audience and hoped, with all her heart, that they too would soon find families that would give them the love they deserved.

She will be taking a journey of her own soon enough. She is 18 now, a grownup. Twelfth grade is almost over, and she will be off to college to study English or Creative Writing, and hopefully write more books.

But Alexis will always remember this White (Cross) Christmas.