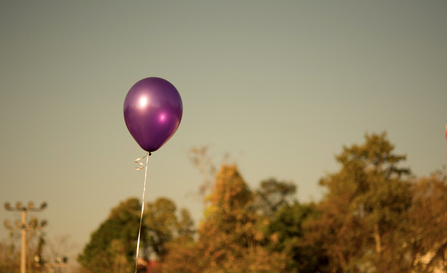 Concertina wire may be lining the walls of the military-guarded Mexico-United States border as an attempt to keep migrants away, but even such structure cannot hinder the wishes and hopes of one 8-year-old Mexican girl.

Randy Heiss of Patagonia, Arizona was determined to fulfill the wishes of Dayami, a little girl from Nogales, Sonora, after he discovered a balloon with a note containing her Christmas wish list. As per KVOA on Dec. 21, Dayami wished for paints, clothes and some toys.

“I saw the little note on the bottom of the ribbon and I said, ‘Oh I got to take a picture of that,’” Heiss was quoted as saying. “Then I unfolded the note and I saw that it was written in Spanish from a little girl named Dayami.”

Heiss, determined, took to social media to reach out to a Sonoran radio station, to find Dayami.

“It really touched my heart to find it,” he said in the report. “And I said well how in the heck am I going to be able to figure out how to make contact with this little girl and make her wishes come true.”

Heiss and his wife eventually found Dayami and were able to send her the goodies through the help of Sonoran radio station XENY-AM. Someone who knew Dayami’s mother apparently tagged the family on Facebook so they could see the post.

“We lost our son nine years ago so we don’t have grandchildren in our future,” Heiss added. “So really getting to share Christmas with kids was something that’s been missing in our lives.”

After living in airport, Syrian refugee granted asylum in Canada