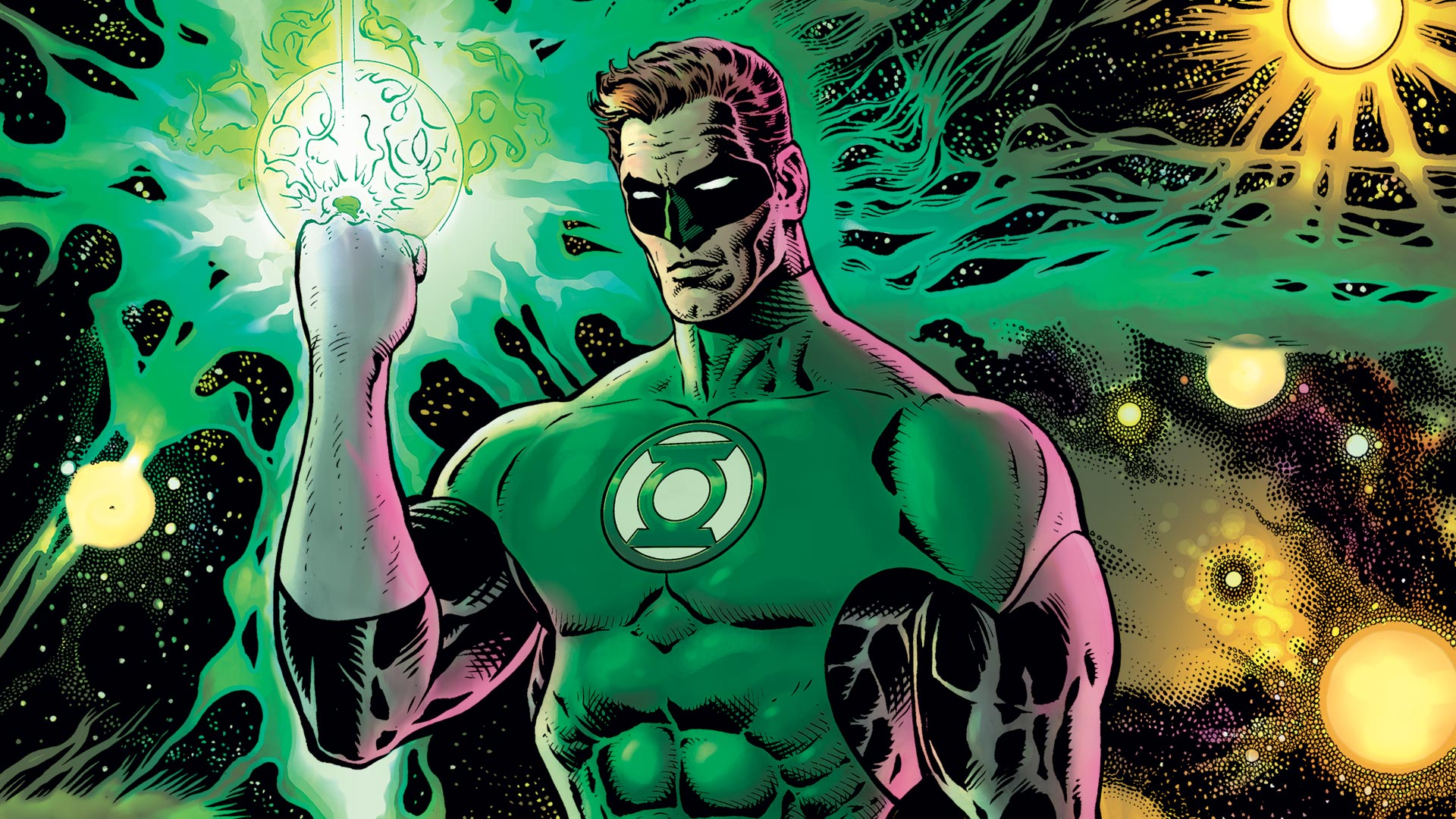 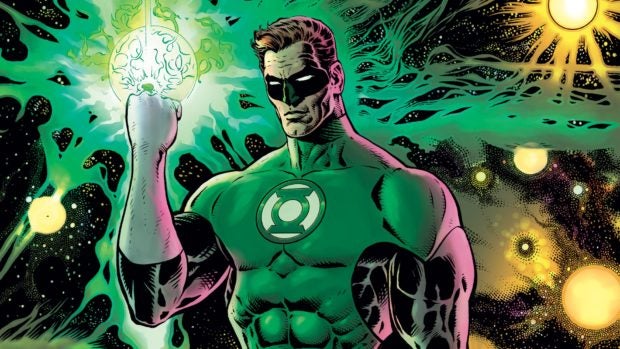 DC Comics’ Silver Age Green Lantern (Hal Jordan) has been around long enough to experience everything a superhero has had to go through. Created by Julius Schwartz, John Broome and Gil Kane, Jordan first appeared in “Showcase” # 22 in 1959 as one of the company’s attempts to re-invent their Golden Age heroes (the original Green Lantern, Alan Scott, first appeared in 1940 as one of its first heroes. The green Lantern’s killer app? A power ring that uses the hero’s imagination to create virtually anything he can think of out of thing air—the original hero was inspired by the genie and magic lamp from Aladdin in “One Thousand and One Nights.”

The hero came very modernized, of course, in this modern fairy tale. Jordan is the test pilot who was given a powerful Green Lantern ring after being deemed worthy by the dying alien Abin Sur who had crashed on Earth.

Since then, Jordan has become the most famous of all Green Lanterns, assigned to Earth in Sector 2814. But comic books being what they are, Jordan has been put through the ringer, suffering great loss when his homebase of Coast City was destroyed, becoming the villain Parallax, destroying the Green Lantern Corps, wounding up killed, being brought back as the supernatural Spectre, before becoming human again, been replaced and becoming part of the Corps’ Honor Guard. The scene has gotten kind of busy with several other humans now serving as Lanterns, though Jordan himself is Lantern 2814.1.

After the New 52 and Rebirth initiatives, Jordan has found himself essentially stripped of his power battery and exiled on Earth.

This is where the new “Green Lantern” series finds Jordan. But trouble seeks him out, and in a situation that somewhat mirrors his origin, Jordan finds himself in the middle of a jailbreak when a prison craft carrying some of the universe’s worst criminals crashes on Earth and the Green Lantern Chriselon tasks him to recapture the escapees. To do this, the dying Chriselon empowers Jordan by handing over his power battery much as Abin Sur did.

After Jordan cleans up the situation, he is summoned back to the Green Lantern Corps’ home world of New Oa.

This is the soft but heavily promoted reboot of title as in “Green Lantern” # 1 released in October. DC is expressing its faith in the character by committing to a new ongoing series. DC has chosen the superstar writer Grant Morrison to helm the book, and Morrison immediately pulls Jordan away from Earth. After doing some creator-owned work, Morrison returns to mainstream comics with this title and he decides to take it in a seriously sci-fi direction, emphasizing the “cosmic” elements of the title, making Jordan fly out into space and deal with otherworldly threats. There is a very old-school sci-fi vibe here, with Morrison unabashedly amping up its more pulpy parts. 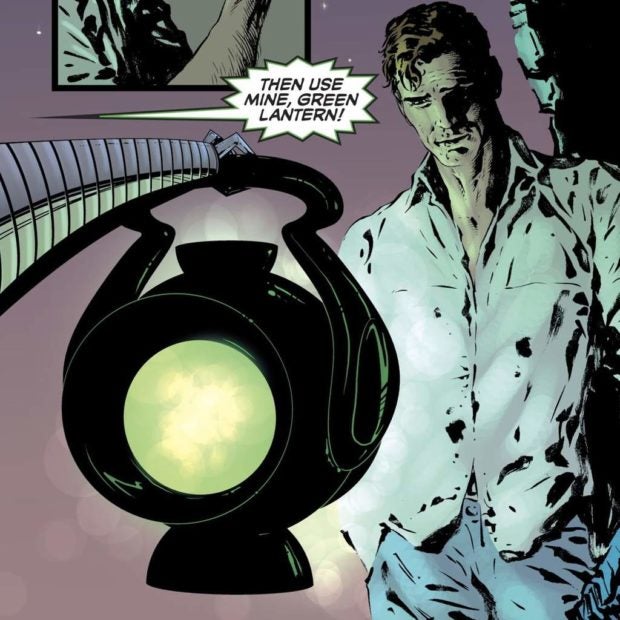 “Green Lantern” becomes the popular crowning of Liam Sharp as the artist do jour. Sharp first came into comics through some Judge Dredd stories and some European titles before working on lower-profile DC books. “Green Lantern” is his biggest break yet and his super-detailed, overflowing style is perfect for this book. In fact, Sharp seems to be employing an almost lurid style that reminds one of the iconic Wally Wood with its crazy creatures and wacky ship designs.

Together, the Morrison-Sharp tandem is moving Jordan into new territory while calling back to many of the classic Jordan elements (take note: Jordan once again physically looks like the actor he was originally based on, the late Paul Newman).

The Green Lantern property has also faced many challenges, most notably the thorough critical drubbing experienced by the 2011 “Green Lantern” film, that rare pre-DC Extended Universe (DCEU) project starring a pre-“Deadpool” Ryan Reynolds that failed. The recent DCEU projects have mentioned a Green Lantern existing in the universe but away.

It’s the perfect time to experience the print adventures of Jordan as Warner Bros. prepares him for an inevitable screen re-invention. The “Green Lantern” ongoing comic book series brings back the front his iconic oath: “In brightest day, in blackest night, no evil shall escape my sight. Let those who worship evil’s might beware my power—Green Lantern’s Light!” Grant Morrison and Liam Sharp now takes Green Lantern into the strangest territories and Hal Jordan tells us to remember: “Nobody panic. Chill. I’ve got this.”