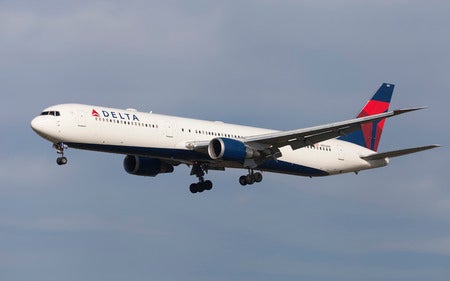 Being apart from one’s family to work becomes even more of a struggle during the Christmas holidays, a season known for reunions with loved ones.

One father in the United States found a way to make sure his daughter was not alone while she was on duty on Christmas Eve and Christmas as a flight attendant of Delta Airlines. Hal Vaughan booked every trip his daughter Pierce was flying on so they could be together.

The touching gesture was shared by a passenger, Mike Levy, in a Facebook post on Dec. 25. He posted a selfie of him and the doting dad while they were seated on first class, as well as a picture of Pierce during a flight from Fort Myers, Florida, to Detroit, Michigan, on Christmas Eve.

I had the pleasure of sitting next to Hal on my flight back home. His daughter Pierce was our flight attendant who had…

“I had the pleasure of sitting next to Hal on my flight back home. His daughter Pierce was our flight attendant who had to work over Christmas,” he wrote.

“Hal decided he would spend the holiday with her. So, he is flying on each of her flights today and tomorrow around the country to spend time with his daughter for Christmas. What a fantastic father!”

Hal and Pierce’s story went viral with over 130,000 likes as of this writing.

Pierce shared the post on Facebook and said, “Dad’s first trip using his benefits was a success!”

She was presumably referring to the benefits family members of flight attendants receive, such as free or discounted flights.

She also thanked the gate agents and the flight crew for her dad’s positive experience, and Levy for “being a great first class passenger.”  /ra