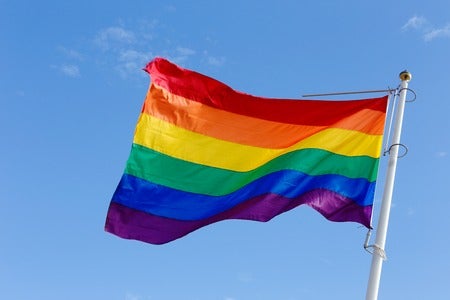 It may not be Pride Month, but vibrant rainbow flags have filled a neighborhood in the United States as a sign of solidarity for one family.

A lesbian couple new to the suburbs of Barrington, Illinois, waved an LGBTQ+ pride flag behind their home on a flagpole. The two women, Casey Handel and Zadette Rosado, moved in with their two daughters last May, reported Chicago news network WGN-TV on Dec. 20.

But two weeks ago, the flag was taken and replaced with an American flag. The act alarmed and demoralized the couple, who is set to marry at the end of December.

Handel, who had just survived cancer, and Rosado even had to discuss what the act meant with their daughters, who assumed that it was taken because someone liked the flag so much. It scared them to the point that they thought of keeping the flagpole bare, reported ABC7 Chicago.

Handel spread word on social media site Nextdoor to ask if anyone had seen the thief. While no one owned up to the act, it did not go unnoticed. People in the community voiced their support for the family and condemned the act.

One neighbor, Kim Filian, didn’t know the family too well, but ordered pride flags and placed one on her lawn.

“Frankly, I’ve grown weary of this, of all this hate,” Filian told WGN-TV. “And I got to say, it just seemed like there was one thing that I could do that I had control of.”

Other neighbors followed suit, with rainbow flags hanging on mailboxes and Christmas decor as a message to the family and to the thief. More kindness came in the form of presents and neighbors visiting.

Neighbor Molly Montrie, who also showed her support for the family, told NBC News in a report on Dec. 25, “Families come in all shapes and sizes. It is not our right to judge, but it is our right to accept.”  Niña V. Guno /ra