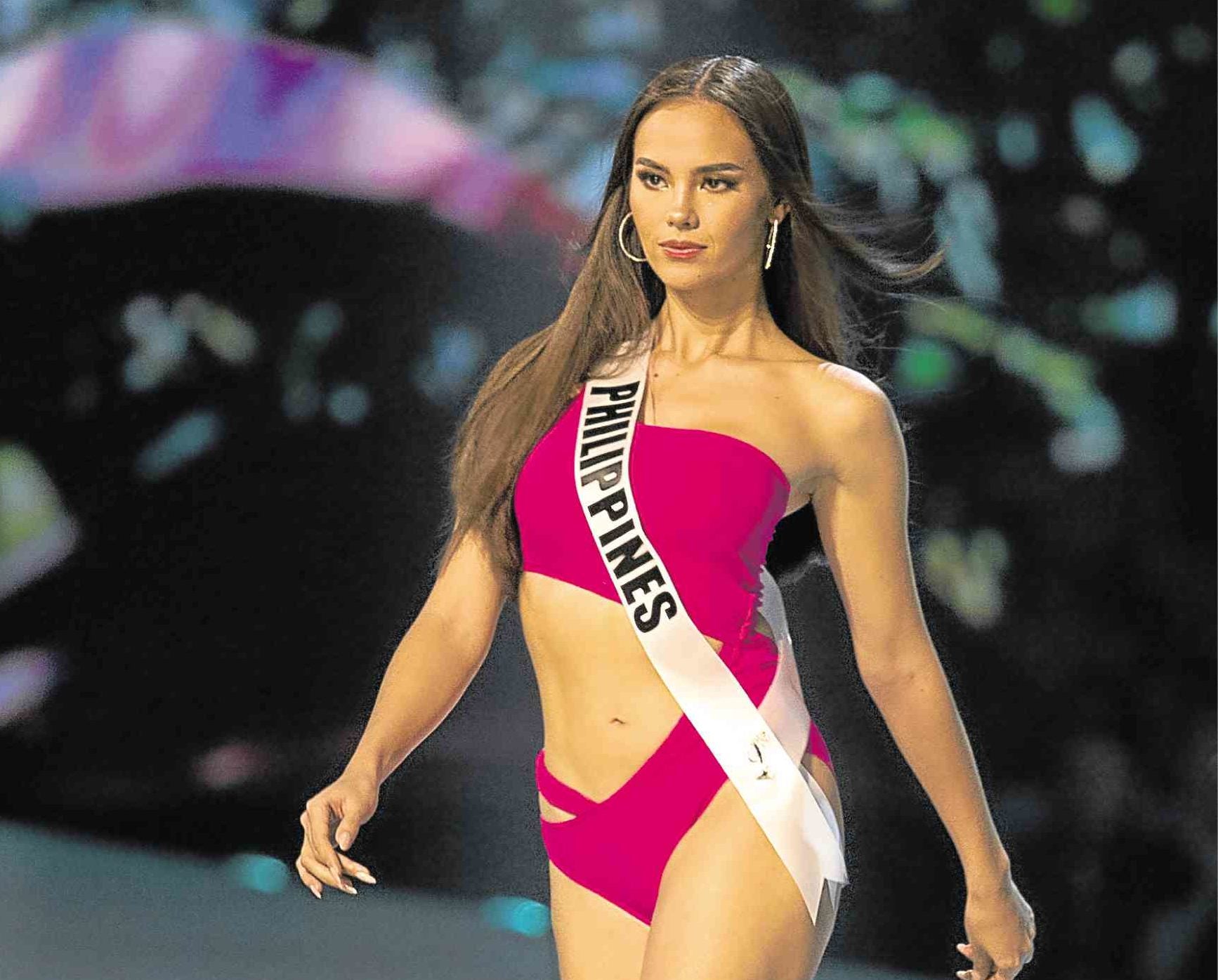 This is supposed to be for Christmas, about the wonderful yuletide goodies you can eat, or that you’ve probably already had, the leftovers of which are hanging out on the credenza, their future uncertain.

Though with not much to do before the New Year, most likely there’ll be sporadic attacks on the ham, cheese, lechon and bibingka.

But that would be a tedious exercise. And so, while we’re basking in the afterglow of Catriona Gray’s win as 2018 Miss Universe, transport your postprandial selves briefly to that moment when she transformed from a hopeful to a superstar, and the whole country gasped collectively.

I don’t have a hitherto unheard of social scientist who specializes in Pageantology to trot out at this point, so I’ll have to blunder along on my own. The reverence with which we treat beauty pageants is well-documented, the last hopes of a country for which most of existence is devoid of much to aspire to, especially social mobility.

I really didn’t know much about Gray, so I assumed that she was the usual half-Filipino, half-white aspirant, not too bright but with genetically flawless looks.

But lo, she sings! She does sets at Saguijo! She studied music theory! Her famous twirl, which many a future aspirant will pull a muscle trying to replicate, is based on a foundational ballet move.

She seemed impossible to dislike. Despite being initially unconvinced about her looks, I’m looking forward to seeing her face on every billboard on Edsa in the next few years.

As someone who’s worked in Lifestyle for the last two decades or so, I really thought this year would belong to Kelsey Merritt, and I would have planned my covers and promotions around her.

But, surprisingly, few people turned up to watch the Victoria’s Secret Fashion Show. Even on the internet, it was difficult to find a fast download, when usually the peer-sharing among geeks for a bunch of top models in lingerie would be on overdrive.

In the United States, the show was moved to a less prestigious time slot, and ratings were well below average. Rumors were, and still are, floating around that this year would be the show’s last.

An entire year of #MeToo made tuning in to the unashamedly gratuitous semi-nudity of lingerie modeling feel somewhat dodgy.

But what ultimately made me channel-surf away was that, ultimately, it felt boring and lifeless. The fact that the people who “wrote” the show (in so much as something like this has to be written) harped on how much the models worked, and that it was a great and glorious act of femininity to fiercely strut down the runway, being the best that a woman could be.

But the Victoria’s Secret fashion show suffers, among other things, from desperation. The brand is failing, and they’re going all and doubling down out in a world that has moved on.

It has found itself on the wrong side of the debate because, while it has always been known for its diversity of color, it’s unsure on how a model should look. When pressed about it, the brand’s representatives mumbled something about standards of beauty, but it was too late.

Victoria’s Secret also remained staunchly conservative about transgender models. A woman is a woman, it insisted.

Ironically, it was Miss Universe, a show that lines women up and then chooses the fairest of them all, in a bid to stay relevant, allowed a transwoman, Miss Spain, to join this year’s edition.

The VS Fashion Show felt a bit like “Sex and the City”—very forward for its time, but hopelessly dated, doing the same thing over and over. The revelations of bulimia, how much the girls starved themselves before a show or to get into the final round of casting, didn’t help at all.

Catriona Gray came along and she was bright and bubbly and full of curves—much more like a woman we would want to know, or at least someone who existed in the real world.

Those who feel that over-intellectualizing the spectacle and triumph are missing the point. What good do these shows hold apart from the basest pleasures, but that of reflecting the wider society, and allowing us to talk about things like what a woman should be.

The VS show is platonic, with an ideal form to which the closer that an aspiring model can come, the better. It believes in woman as something essential—as Aquinas might put it if he had been inclined to watch leggy models, the womanness of a woman—that a man simply cannot attain even if he has transformed to meet all the criteria.

I’m not saying that Miss Universe is way better. It is slightly better, though, and seems to be more adept at adapting to the changing times. It will probably be around longer than the Victoria’s Secret show.

For every outcry about the commodification of women, there is a dirty old man who will want front-row seats and backstage passes. For every voice that deplores the male gaze, there will be a group of pageant-mad men and women who are hanging on to every move.

If the show must go on (as it will), it might as well help to start conversations—such as whether the show should exist or not, and for whom, and what on earth makes a woman a woman anyway?

In a perfect world, we wouldn’t have women prancing around for men to leer at and for other women to judge. But in a perfect world, everyone would be perfect, and there would be no winners and losers, no one woman fairer, no queen to rule them all. –CONTRIBUTED