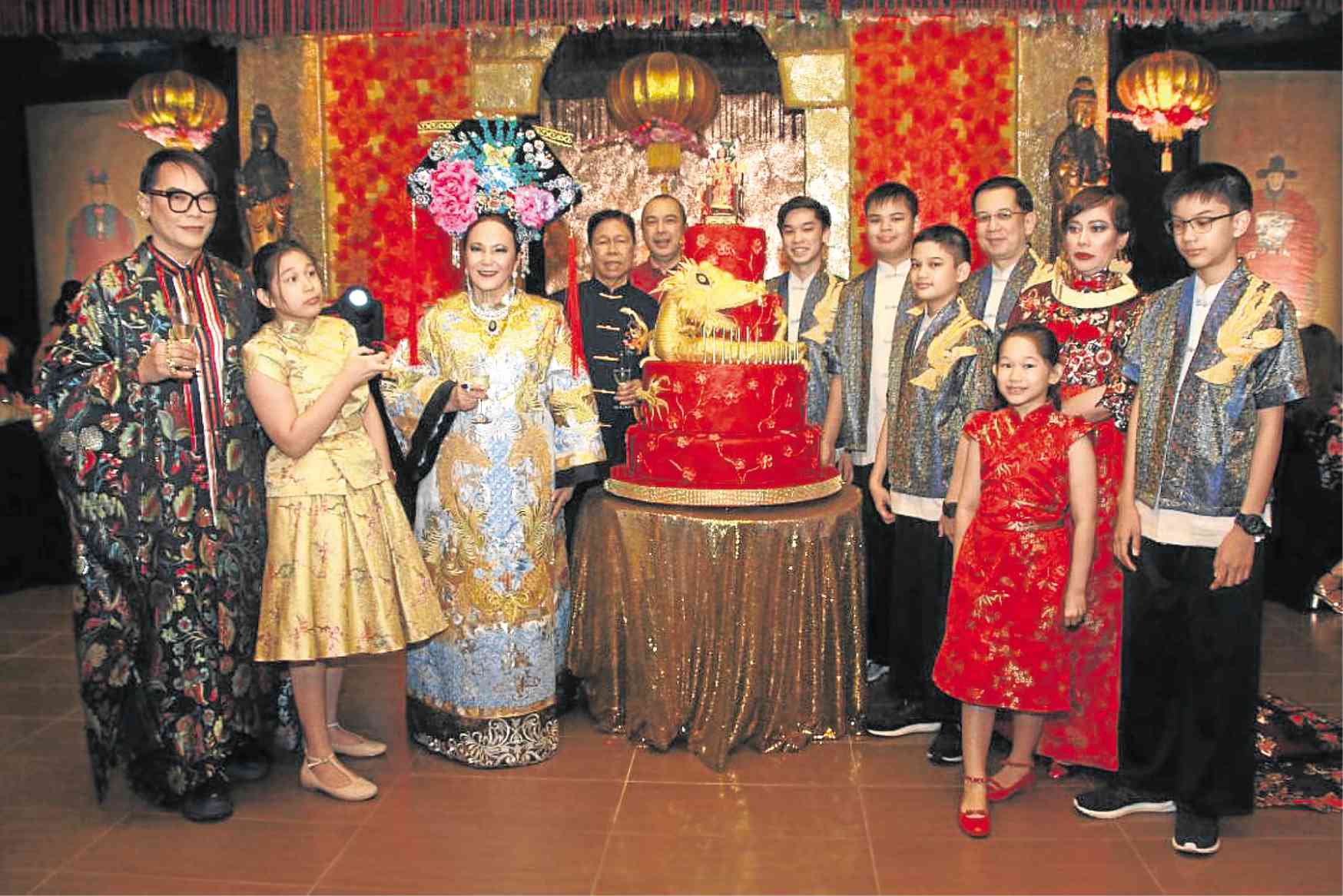 Louie and Mellie Ablaza with their children and grandchildren

Mellie Ablaza, the honorary consul of Guatemala, threw a grand in celebration of her 78th birthday at her sprawling hacienda in Alfonso, Cavite.

Friends described the event as a “grand banquet befitting a queen.”

The celebrator chose a lavish Chinese theme for the celebration, inspired by the blockbuster Hollywood movie, “Crazy Rich Asians.”

Mellie took the pleasure of playing the role of a Mandarin dowager empress to the hilt.

A sumptuous lunch was served in a pavilion. Guests indulged on a delectable Chinese-French fusion cuisine prepared by chef Jessie Sincioco, the family’s favorite culinary expert.

Mellie and husband Louie Ablaza, the honorary consul of Zambia, were seated on ornate Chinese thrones at the presidential table with their honorable guests.

Mellie’s guests came in their best Chinese/Oriental outfits. Entertainment was provided by a Chinese dance troupe, an acoustic band and a violin performance by Mellie’s four handsome grandsons: Alfonso, Agu, Azi and Amanu, the sons of Mellies’s only daughter Czarina Ablaza-Syquia and her husband Dr. Jofe Syquia.

A toast was then given by Marc Ablaza, Mellie’s eldest son, after she blew the candles of her four-tiered red-and-gold dragon-detailed cake.

More entertainment followed and everybody danced the whole afternoon. Mellie’s birthday party was a moment that gathered together families, friends and everyone close to her heart. –CONTRIBUTED