How much money did you spend on Grab this year? Netizens react | Inquirer Lifestyle ❮ ❯ 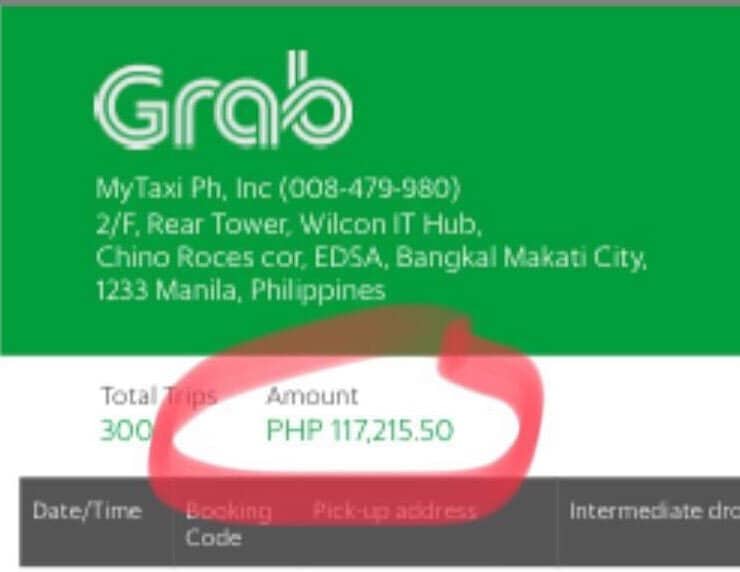 How much money did you spend on Grab this year? Netizens react 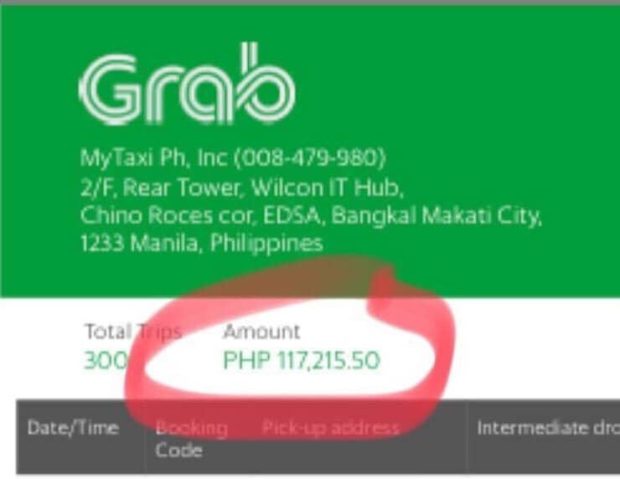 This is the newest parlor game among social media users on Facebook and Twitter. The transportation network company released the website hub.grab.com, where users can log in using their registered phone numbers, view their booking history (the website will display a maximum of 300 trips) and accumulated amount (or wallet damage) of the trips.

Grab has been a popular choice among Metro Manila commuters for various reasons—ease of traffic, safer mode of transportation, even food delivery. But this level of comfortability comes with a price.

Take one netizen’s Grab statement for example: a whopping P97,123.00 (that’s already a car downpayment!) for 300 trips. And he was not alone. Many netizens posting their travel expenses clamor for economical fare prices and better state of public transportation and moving traffic. Others are saying that they hope to make better financial decisions in 2019. Here are some of them.

Posting this, just in case @grabph decides to do a raffle & reimburse the amount to one loyal #GrabPH user 🙃 (now that's an idea 💡)

What's the takeaway? I pay for convenienvce but it made me realize I need to make informed decisions when going out or how I spend my time 👌 pic.twitter.com/ssBDIyoe1W

Apparently, you can see your total Grab spending for the year. Someone I know spent over 42k last year. Someone else spent 56k. 😳We really should work on cheaper (but still good) alternative transpo options. https://t.co/LqbH0lHFAt

So I discovered that Grab Hub can only produce the last 300 trips in their statement. and only July – Dec trip were accounted. Here's another Php31K from January to July. Jesus. That's around Php80k :( pic.twitter.com/EWSgLqBJlX

Everyone's been checking how much they spent this year on Grab, so I thought I should too. Now I half-wish I hadn't. ☹️ Bring back, Uber! 🤬 @grabph Pang-tuition ko pa sana 'to.

Note: We stopped using our car bec my parents thought it would be more practical, now idek anymore. pic.twitter.com/9ZvSH0Axru

Coz it’s part of the job hopping from one press conference/coverage to another. And exactly why we want better service (and more promo codes, perhaps?) from @grabph! Though the bigger picture is this—our transport system here in Metro Manila sucks, big time. pic.twitter.com/BG685YqaGd 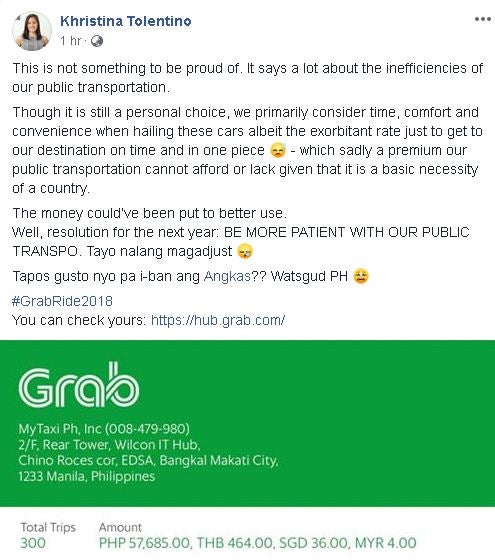 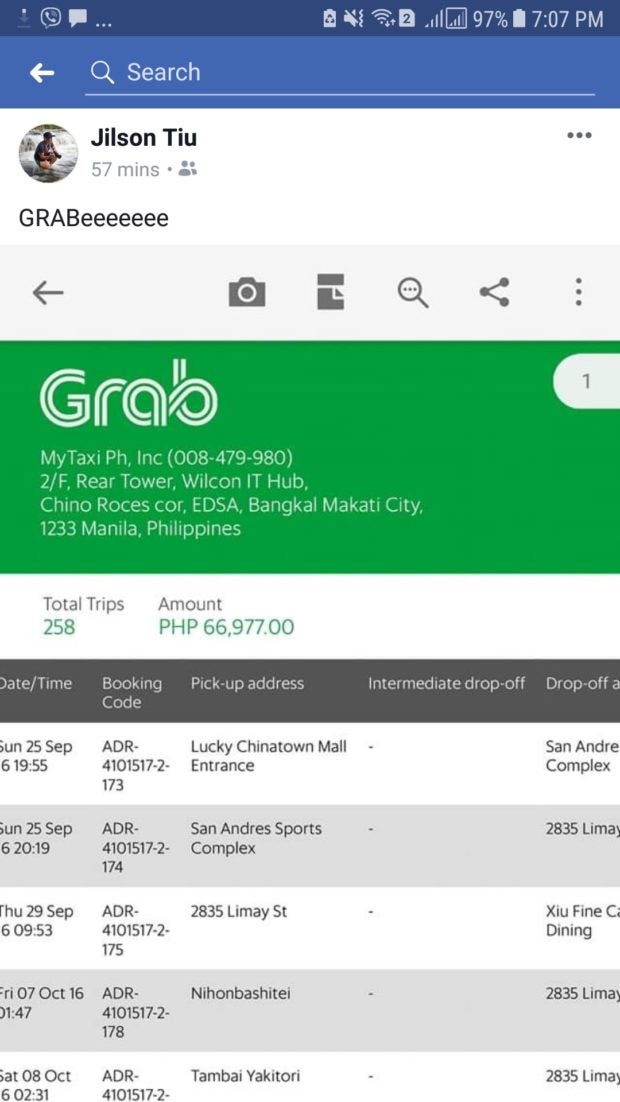