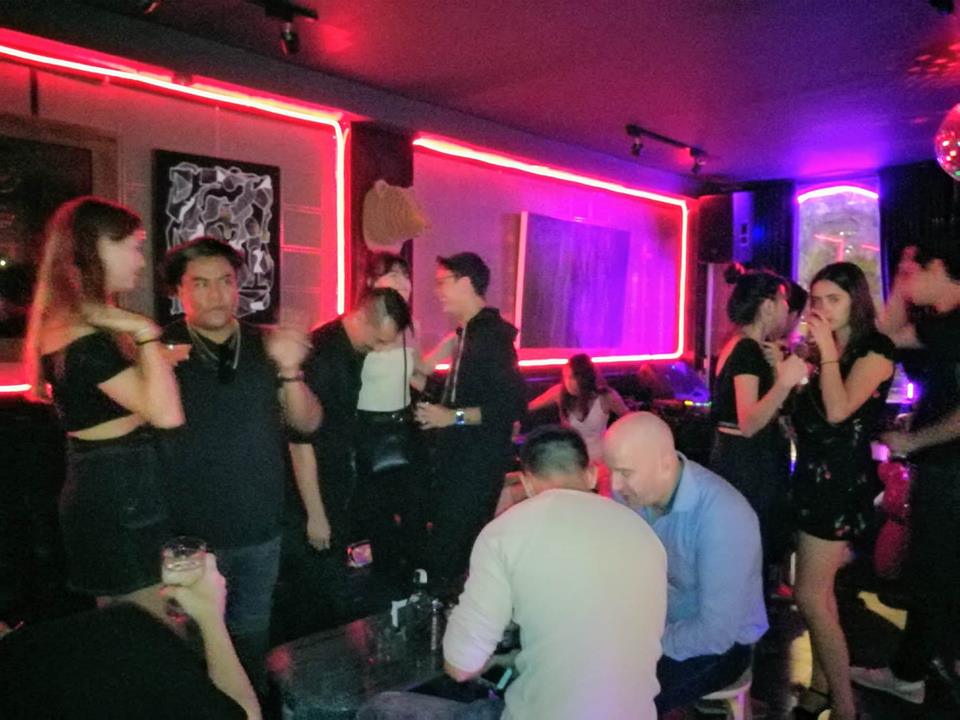 NoKal, short for North of Kalayaan, is one of the reasons Barangay Poblacion in Makati is still the hottest nightlife destination in the metro.

Operated by young business partners—brothers Joey and Marco Viray (of Joe’s Brew fame), Raul Fores and Jason Soong—the three-story NoKal has been drawing crowds even on weeknights mainly due to its relaxed, friendly vibe. There’s a diner-type restaurant with a DJ on the ground floor, a lounge with another DJ on the second floor, and a bar with a smoking area on the roofdeck.

The cheeseburger at the restaurant, with Fores as chef, is beefy good, but I heard the cheese steak sandwich, lobster roll (adapted from Mamou) and hot chicken wings are must-try items. The most recent night I visited, Nino Mendoza of the band Blue Jean Junkies was the DJ. His playlist, which included The Ramones’ “I Wanna Be Sedated,” kept diners awake at 3 a.m.

On the second floor, dance music, with Soong as regular DJ, keeps guests grooving while enjoying their drinks and friends’ company. I admire Soong’s music taste. He seems well-versed—notably in mixing new and classic tunes.

On the third floor is where friends can have a nice time talking, smoking, and ordering Joe’s Brew, the house craft beer brand.

Local craft beer has, by the way, been gaining a wider market especially in Poblacion. Recently, a number of independent brewers gathered at the opening of Pedro Tap House on Matilde Street.

To me, what differentiates craft beer from the mainstream beer brands is taste—craft beer tastes more refreshing, its flavors more pronounced.

“It’s really the water,” said one of the craft beer makers. What he meant was, the quality of the water source of the beer will determine its taste.

I love craft beer, even if my drink of choice has lately shifted to whisky and gin. One thing I have learned to appreciate is, always drink beer cold, in a glass—great if the glass is chilled, too, prior to using it. The point is, aside from allowing the beer’s frothy foam, or beer head, to rise to the glass’ surface, it makes drinking beer easier and more enjoyable.

Notwithstanding the mushrooming of new bars and clubs all over the metro, there are four familiar places that have remained favorites of night owls, especially knowledgeable music fans: 19 East in Sucat, Muntinlupa; Strumm’s in Jupiter, Makati; 70s Bistro in Anonas, Quezon City; and Historia in Sgt. Esguerra, Quezon City.

Their common bond is that they feature live bands every night, and their owners are likewise well-informed music aficionados.

Aside from the main club called the music hall, 19 East— which opened 15 years ago—has a spacious garden with more seats and tables, and an upper deck where once I stayed till sunrise. It has the best sound system among live music venues because owner Wowee Posadas is also a musician. The monthly roster of performing artists includes many of the country’s finest.

It’s also at 19 East where Posadas launched the Black Cows, the band he formed to play the music of Steely Dan. On Dec. 26, the Black Cows played its first-anniversary gig with special guest singers Paolo Santos, Louie Ramirez and Kevin Roy.

Meanwhile, Strumm’s, now 25 years old, has retained its vision of being the best go-to club in Makati for executives and young professionals. Among its business partners, Mari Lagdameo is always physically present to make sure everything runs smoothly.

The most wonderful thing about ’70s Bistro, which has also turned 25, is how its special gigs have attracted a diverse crowd. At the 2018 edition of its annual Beatles Night, young people were singing along to every song in the repertoire, including “Helter Skelter” and “I Want You/She’s So Heavy.”

As for Historia, which just celebrated its sixth anniversary, most nights are full-house, especially when South Border is playing. Like Lagdameo at Strumm’s, Historia owner Larry Ignacio is always present to enjoy the music and be on top of things.