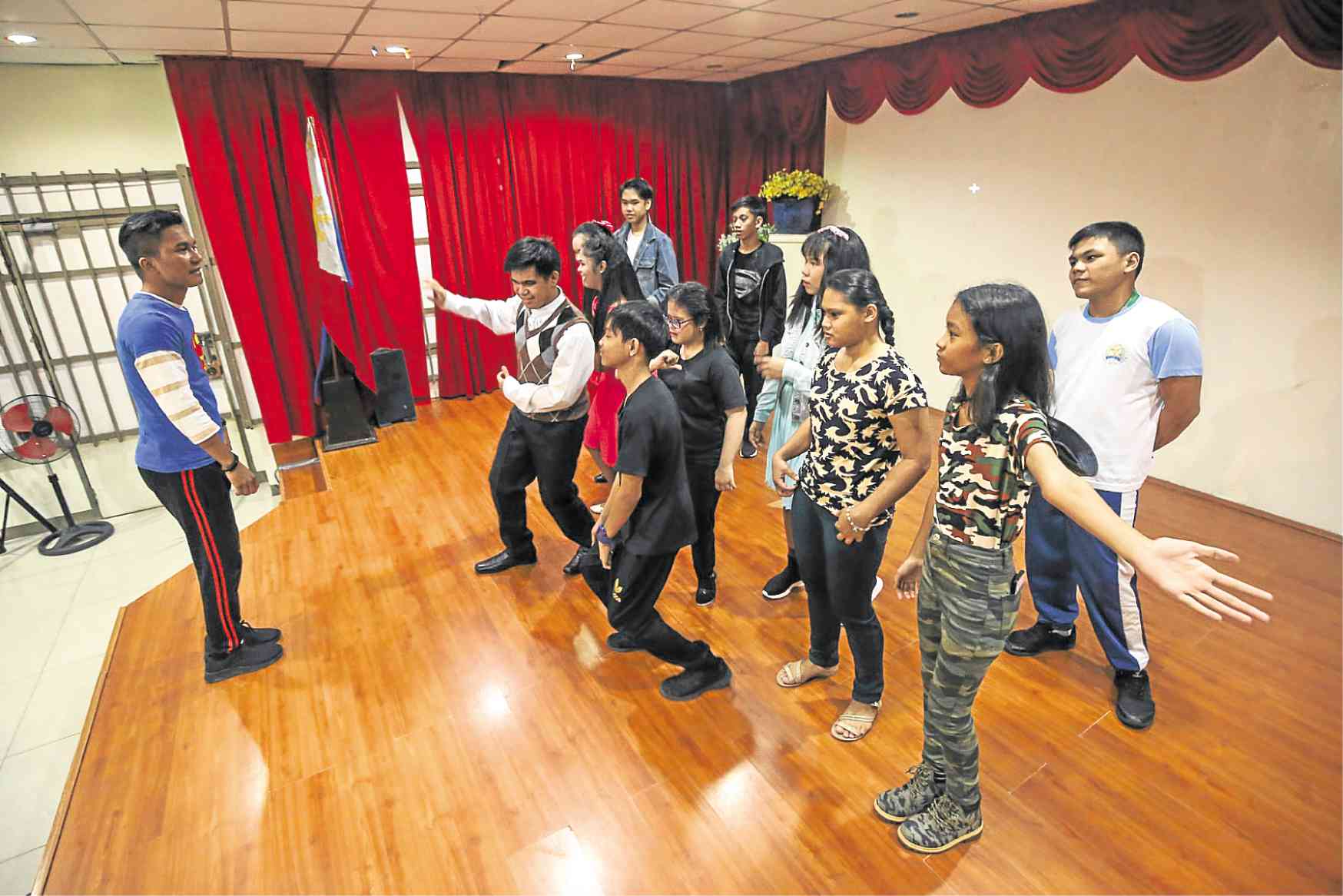 John Michael Brecino, 13, a seventh grader at San Antonio National High School in Makati, is visually impaired. Yet his talent and hard work got him to the Metro Manila championship of “PWD (persons with disability) Got Talent.”

He credits Special Achievers, a nongovernment organization that aims to help special needs kids, for coaching him.

At a recital of special-needs kids at his school, Brecino said in Tagalog: “My message to PWDs is that they should not be afraid to get out of their comfort zones. They need to explore their talents and see the world. They will realize that they can also do what normal people can.”

Licensed occupational therapist and Special Achievers’ co-founder Karen Ann Navarro has a wish: to maximize the potential of children with developmental needs in the Philippines.

Instead of seeing them as kids whose intellectual growth is limited by autism, learning or physical disabilities or Down Syndrome, Navarro looks at them as souls who can contribute to society, if given the opportunity.

She and fellow occupational therapists Dana Salonga and Entezar Abdulwahid and speech pathologist Dane Raymundo formed Special Achievers to focus on the strengths of special-needs children and youth.

“I was easily distracted, but I excelled in school. My mom woke me up at 4 a.m. to study. By school time, I was no longer hyperactive,” she recalled. “Kids with ADHD are very disorganized. I often forgot my assignments and projects.”

Her father always brought home things that she had either left or overlooked in school. Her mother set a strict study routine on weekdays and limited TV watching. Weekends were spent on the beach or at the farm where Navarro could move freely.

In her late teens, her excessive energy was channeled through dragon boat rowing.

Navarro took interest in helping special-needs children after escorting her cousin, who was stricken with cerebral palsy, to therapy sessions.

After getting a degree in occupational therapy at the University of the Philippines Manila and passing the board exams, she immediately worked with autistic children.

“The role of the occupational therapist is to bring special-needs children back to their occupation such as play,” she said.

“They need to function harmoniously in their environment. These children aren’t interested in playing, engaging with other people and toys. In occupational therapy, play is important because it develops social skills, language, problem solving, critical thinking and fine motor skills. If a child misses out on play, there will be delays in development.”

In her 16 years of practice, Navarro has worked with clients since they were toddlers. The lucky ones—and they are a minority—now study in exclusive schools and even excel in class.

However, 70 percent of her patients have reached a plateau.

“They’re 18 years old, but they talk like little children. Their developmental level stopped at six years old,” she said. “What can we do for them if higher learning is not possible?”

When Special Achievers was launched in 2013, the NGO focused on developing creative expression. Navarro looked at her wards’ potentials and saw how their skills could be marketed.

One of her best examples is Joaquin Miguel Ignacio, who initially couldn’t sit still or do any activity on the table.

“We had to move around for 40 minutes before he would sit down,” she says.

Navarro observed that Ignacio loved to draw and that he could sit still drawing for an hour. When he had trouble expressing himself, he communicated to Navarro through his illustrations.

She then convinced Ignacio’s mother to let him take art lessons. In two years, Ignacio honed his technique.

“I realized that if I concentrated on his strength, I could give him a new track in life,” Navarro said.

Ignacio’s artworks were reproduced on ecobags and sold in bazaars. Eventually, Prosel, a pharmaceutical distributor, ordered 11,000 calendars, featuring the works of the talented special-needs kids on the Special Achievers’ program.

Now 14, Ignacio is working with a speech therapist and continues to paint. Every Christmas, his parents print his artworks on notepads and sell them.

Aside from learning disabilities and autism cases, some children have hearing impairments.

“The social model of disability states that disability is not a function of the body but of the environment. They are discriminated, judged or boxed in by other people,” Navarro said.

The public school has 65 SPED kids. Special Achievers is working only with 35 children whose parents are willing to be involved the program.

Every Monday, Navarro and a group of occupational therapists, speech therapists, mentors in theater, dance, music and chocolate-making spend hours with these children.

“The arts enable the SPED kids to build up their attention span, work independently, develop creative and critical thinking and strive to be better in life,” Navarro said.

She underscored the importance of creating a safe environment for the special kids at home.

She noted that in well-to-do families, the parents are willing to spend and delve into possibilities to help the special-needs child. In contrast, parents from the underprivileged class believe that improvement is impossible due to lack of financial resources.

Navarro said more than half of the families of SPED kids at the public school are not involved. The relatives who participated realized that they had become enablers to their children’s limitations. The program opened their eyes and made them optimistic.

Navarro cited the mother of Jane, who had Down Syndrome. The mother couldn’t make sense of why her daughter was always dancing. Eventually she heard from television that there was a foundation for helping special needs kids. The mother plans to get support so that she could enroll Jane in acting classes.

Jamie, another SPED student, could not express himself except through movement. When his relatives undertook Special Achievers’ program, they realized that Jamie could flourish, given the opportunity to hone his skills through dance lessons in school.

Navarro hopes to sustain the public school mentorship program. Due to lack of funds, the arts mentors and therapists are either volunteers or have taken a huge pay cut. There are a few donors who help in kind, but most of the funding comes from the Special Achievers’ founders.

Nonetheless, success stories like Brecino drive Navarro to sustain the program. She quoted Brecino as saying in Tagalog, “Don’t be afraid to discover because you will learn a lot.
Someday, people will applaud.” –CONTRIBUTED