Why Gen Z is most vulnerable to mental illness | Inquirer Lifestyle ❮ ❯ 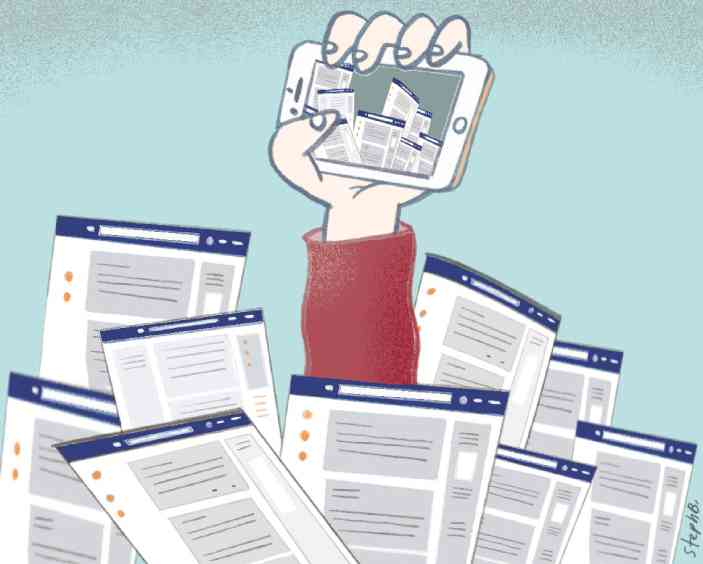 Why Gen Z is most vulnerable to mental illness

Since 2017, volunteer doctors from the Philippine Psychiatric Association (PPA) have been going around schools all over the country to engage students, guidance counselors, teachers and school administrators in discussions about mental health.

PPA has also been collaborating with Philippine Society for Child and Adolescent Psychiatry (PSCAP) and Philippine Pediatric Society, Inc. (PPS) to address what experts now acknowledge as a mental health crisis among the Filipino youth.

For the experts, the time to act is now.

Dr. Annette Bautista, a neuropsychiatrist, told Inquirer Lifestyle that she has noticed an increase in psychiatric cases since 2016. Teenagers have been seeking help with their parents. Some were walk-in patients. Five years ago, Bautista was treating patients mostly with neurological disorders.

She said cases of depression and suicide among young Filipinos are on a steady rise. To her, it’s already an “epidemic.” She cited a 2015 study by the Global School-based Student Health Survey (GHSH) in the Philippines that said 17 percent of nearly 9,000 students aged 13 to 17 years old attempted suicide at least once in the past year.

Bautista, a PPA fellow, said the collaboration among doctors is helpful in addressing the crisis. For one, there are only 600 Filipino psychiatrists, and of this figure, only 60 to 70 are child and adolescent psychiatrists.

There are over 2,000 psychology professionals and an estimated 6,000 pediatricians who can help spot red flags among their patients.

Schools are now dealing with more cases of depression, anxiety, suicide attempts and even self-mutilation. Bautista said there are students who cut themselves in their arms and thighs like a group activity.

“They find out that they have the same problems, and so they try to go through it together,” she said. “Inflicting pain is more tolerable than feeling empty and down.”

There are many reasons why, Bautista added, mental health issues have become prevalent among young people. But it is the unregulated, infinite space of the internet in general, and social media in particular, that plays a huge role in this health concern.

Bautista said it’s Generation Z, those born in 1995 onwards, that deals most with mental health issues. They are “digital natives,” more online than the millennials who came before them.

Generation Z is the cohort passionate about solving the world’s problems. Social and political activism come naturally, thanks to the information it gets from the internet.

But members of Generation Z also tend to over-analyze and are very competitive. They have their bucket lists at age 20. They have many ideals and when they realize their ideals don’t fit reality, they get disappointed.

They give of themselves wholeheartedly, but are hard on themselves, as well. “They like a nurturing environment,” Bautista said.

The comparison they see on social media may be unintentional, but these young people take it seriously because it is the world they live in. What others think of them matters a lot.

Generation Z’s connectivity has also resulted in a “weaker coping mechanism and the desire to find quick fixes,” Bautista added.

Social media posts about one’s achievements or family travels may seem harmless, but they actually add pressure to those struggling with grades or coping with family problems.

Bautista said experts have noticed that cases of depression among young people increase at the end of the school year. That’s when social media news-feeds are filled with parents’ posts of the medal hauls of their children.

There is such a thing as “social media envy,” Bautista warned.

There’s a thin line, too, that has to be carefully navigated when it comes to the open discussion on social media about depression, anxiety and suicide.

For example, Bautista said, celebrities talking about mental health issues have definitely raised awareness and understanding in society. But when celebrities themselves commit suicide because of depression, it also creates an impression among young people that they can also do it.

It’s not as if mental health concerns are new. Bautista said they have existed for decades. The only difference was there were no mobile phones or the internet where incidents and concerns are talked about, she said. Now, any information is available at our fingertips.

Bautista said there’s no one to blame for this crisis. What’s important now is that everyone works together to save the children.

Schools must equip themselves to address the mental health needs of their students, as well as in crisis management by constantly training their guidance counselors.

Family councils are doing their part by organizing seminars and lectures, specifically for parents. Adults must be more attuned to the needs of children and teenagers.

However, one must not fall for the “manipulative behavior” of some of them, Bautista warned.

“When they get low grades in school, we don’t say it’s okay. We tell them we know the subject is hard, but we’ll do something about it. We have to remove the negative,” she said.

Bautista said family therapies, where there is no blaming, are encouraged. Instead, families must strengthen their bond. “In the end, it is the family, the basic core, that will strengthen the child,” she said.

Quoting Dr. Cornelio Banaag, the leading expert in child and adolescent psychiatry in the Philippines, Bautista said that when talking to each other, families must be prepared to “listen to one another, set aside judgments, be patient, calm and accepting.”

He has emphasized the need for “physical activity, getting enough sleep, connecting with others, helping others, developing coping skills, embracing spirituality, and getting help when one needs it.” Banaag stressed the importance of “igniting the child’s passions.”

Face-to-face communication has become more important than ever, Bautista said. But the reality is, families and friends talk more online and through text messages. There’s a lack of feeling and emotion in this kind of communication, she noted.

Nonetheless, a heart or a smile emoticon at the end of a text can mean the world to a child. –CONTRIBUTED